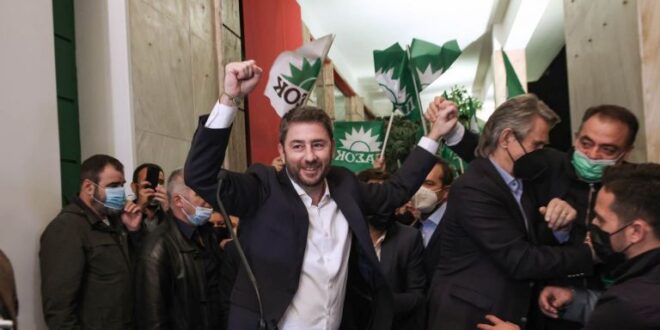 Liberal democracies, on both sides of the Atlantic, were tested over the last years by a wave of populism that attempted to sweep away everything in its path. Values were disputed, institutions were undermined.

Liberal democracies, on both sides of the Atlantic, were tested over the last years by a wave of populism that attempted to sweep away everything in its path.

Values were disputed, institutions were undermined, and ideological quests that came to the forefront reminded one that the ghosts of the past have not been definitively banished, that they were simply in hibernation, in waiting.

On the ever sensitive European continent, the forces of populism called into question the EU itself. Effectively, the principles and values upon which contemporary Europe was founded were disputed.

A substantial part of those principles and values derived from the ideological reservoir of Social Democracy.

The social state, recognition of a series of individual rights, the expansion of the middle class, inclusiveness, and the regulatory function of the state were the answer to conservative forces that swore by the preservation of the status quo and the untrammelled self-regulation of the market.

In the framework of that ideological dispute, Social Democracy was accused of being squanderous, was denounced as “statist”, and was declared to be an obstacle to economic development.

Some, who were certainly misled, believed that the end of history had come once again.

At what point in the historical cycle are we today?

The neo-liberal policies of Ronald Reagan and Margaret Thatcher have been transcended by reality.

Fortunately, the forces of populism are losing the war that they declared. The ideological arsenal of Social Democracy is making a comeback, from Scandinavia and southern Europe to the US and Japan.

Even institutions once known for their unbending and hardcore positions, such as the IMF, today acknowledge that their fiscal orthodoxy is not a panacea, that the obsession with austerity policies is counter-productive and undermines growth, and that in tough times it is not Adam Smith’s “invisible hand” but rather a very visible and generous hand that prods the economy toward recovery.

Today, Social Democracy appears to offer answers for contemporary challenges, which begin with those excluded by globalisation and include ever greater inequalities, as it has been proven that wealth does not create wealth for all of society, but rather for itself.

Our country is no exception to that general rule. On the contrary, Greece was not just tested by the forces of populism– it was led to the edge of the abyss.

The political party that expressed Social Democracy [PASOK] and was linked in its first phase with a rise in the income of the lower income brackets, and in a later phase with the effort to achieve modernisation, was depicted as the source of all evil and derided.

Certainly, the party’s electoral decline is also due to its own mistakes, with the most fateful being its inability to foresee the coming economic tempest and adjust to reality.

Now that Social Democratic parties around the world are emerging as a force for stability, progress, and realism, Greece’s centre-left has an historic opportunity to attempt a recovery and reclaim its rightful place.

The party leadership election that ended yesterday is simply the starting point. The day after, the centre-left must table a credible, alternative proposal for governance, which until now main opposition SYRIZA has proven completely incapable of offering. Our political system lacks another pole of power that is necessary for the health of our democracy.

Here, then, we have a glorious opportunity for a party that played a leading role after the fall of the junta and the restoration of democracy in 1974.

Whether the party succeeds in making a comeback will determine whether the Sirens of left-wing and right-wing populism, for which the country has paid dearly, will be silenced for good.

It will also help determine whether the economic dogmatism that destroyed businesses and households will definitively end.