‘Frozen Lake’ of Turkish Politics is Starting to Crack

Under pressure from economic crisis, the rigid political status quo in Turkey is shifting – and the once frustrated opposition scents an opportunity.

Turkey’s political landscape used to be likened to a frozen scene from the Ice Age. Across the political spectrum, voting behaviour seemed locked in a status quo where the hegemony of President Erdogan’s Justice and Development Party, AKP, and its People’s Alliance with the Nationalist Action Party, MHP, continued.

Meanwhile, the main opposition Nation Alliance, composed formally of the centre-left People’s Republican Party, CHP, and the nationalist İYİ Party, together with their minor partners, the conservative Felicity and centre-right Democrat parties, seemed stuck in a stalemate.

They, too, were unable to increase their votes. Some recently founded parties, like the centre-right Democracy and Enterprise, and Future, parties hovered at around 1-2 per cent of the votes.

Alternatively, the percentage of undecided and protest voters had increased to around 20 per cent, almost constituting an opposition party in themselves. 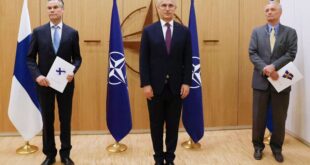