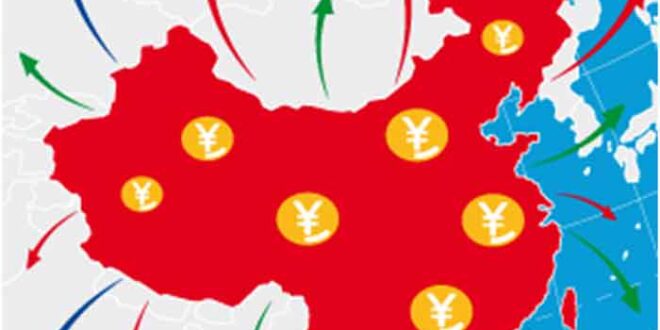 Recently, I attended a book launch.

The book is about China (I am withholding the name of the book). I did not read the book, but like most official book launches, a flyer capturing the core messages of the book was circulated at the Launch event.

The core messages of the book are the following: internally, China is a dysfunctional society and externally, “The rise of China is a threat to the international order”.

These messages intrigued me and prompted me to learn more about the ‘rise’ and the alleged ‘threat’ China apparently poses to the rest of the world. The article is an outcome of my research of these issues.

In recent years, China has progressed dramatically, and its economic progress has indeed been astounding. No country in the world has ever grown as rapidly as China – during the past decades China’s economy doubled every seven years and grew at double digit figures during this period.

China is now well positioned to overtake the US economy by 2030, having already done so in Purchasing Power Parity.

With its dramatic economic successes which came mainly through its export earnings, its foreign exchange reserves which were not more than few billion dollars a couple of decades ago, have reached a whipping US $3.2 trillion in 2018. As a result, China has now plenty of cash to spare and thus has emerged as world’s leading banker, offering financial assistance to countries in need, globally – accordingly, China’s FDI (Foreign Direct Investment) outflow has increased from virtually zero in 1970 to $2.58 trillion in 2020, making it one of the world’s largest lenders to the world.

Indeed, at the end of 2020, China’s FDI has reached 80 percent of the countries of world, spanning over all the continents including Europe. Furthermore, and this is important which is that in 2020 alone, Chinese enterprises working abroad have paid $44.5 billion in local taxes to the host countries and employed 2.188 million workers in these countries.

However, China’s rising financial prowess that helped to increase its influence especially in the developing world, something that China gained through its astounding economic growth and massive FDI outflow seems not to have gone down well in certain quarters. Among the countries that seem to be most perturbed by China’s rise is the US which doing all it can to undermine China.

Lately, the US has resorted to vicious anti-China rhetoric and scare mongering – their mainstream media, some of their academics and think-tanks portray China as a ‘security threat’ and China’s FDI, a ‘debt trap’, a term that was first coined by the Indian geo-strategist Mr. Brahma Chellaney and later, in 2018 the then US Vice President, Mike Pence re-coined the term as “Debt Trap Diplomacy (DTD).”

DTD promotes the idea that China’s FDI is a ploy to “…saddle small nations with debt that they could not hope to repay” and that “..once a country is weighed down by Chinese loans, like a hapless gambler who borrows from the Mafia, it is Beijing’s puppet and in danger of losing a limb.” In other words, China’s “DTD” is designed purposely to put the debtor countries firmly under “China’s thumb.”

These are indeed worrying thoughts though a recent study on China’s FDI in Asia reveal a very different picture[2]:

Similar perspectives on China’s FDI has also been highlighted by a group of eminent panellists at a recent International Webinar, “China/South Asia (minus India) Economic Cooperation” held on December 9, 2021[3].

The Webinar that included development scholars from Bangladesh, Pakistan, and Australia (the Australian panellist, a senior academic at an Australian university presented a paper on Bangladesh/China and not on Australia/China economic relations), overwhelmingly confirmed the positive impact of China’s FDI on the economies of the South Asian countries (minus India which is a non-recipient). The panellists also highlighted several theoretical/philosophical parameters that according to them, underpin China’s FDI:

The Webinar panellists also discussed and discarded with evidence, West’s ‘debt-trap diplomacy’ (DTD)’ allegations, stating that the Chinese lending terms and conditions are not much different from those offered by other international lending institutions and that, in some cases, Chinese terms are more favourable than those offered by other sources.

In addition, the Webinar panellists also stressed that China funds only those projects that go through the rigours of feasibility studies, conducted by credible local and/or foreign consulting firms. For example, the feasibility study and profitability of the Sri Lanka’s Hambantota Port Project which is often cited as a case of China’s ‘debt trap’, was conducted by a reputable Canadian consulting firm that validated its profitability and as a follow up, Sri Lankan government initially approached the Canadian government to fund the Port project but was unsuccessful. Then they approached China and China responded positively. A recent study has revealed that the Hambantota Project’s poor performance and thus its debt burden is mainly due to inefficiency and corruption of the Sri Lankan Port Authority and, therefore. the allegation that the project is a glaring example of China’s ‘’debt trap’’ is “..a lie, and a powerful one.”[4]

Another China funded project which is also cited as a potential case of ‘debt trap’ is the $ 1.1 billion Padma River Bridge Project of Bangladesh. Again, this Project’s feasibility study was also done by a reputable foreign consulting firm that confirmed the project’s economic viability and this foreign firm was engaged by the World Bank and not by the Bangladesh government. Accordingly, Bangladesh government hoped that the Bank would fund project’s implementation, but the Bank declined funding on grounds of allegations of corruption. Bangladesh government then approached China and got the funding. What is however true is that for a variety of reasons namely, design fault, delay in implementation and the outbreak of Coronavirus etc. have slowed implementation and increased cost, that earned the project the dubious ‘debt trap’ label. Experts stress that cost and time overruns notwithstanding, the bridge when finished, “would increase Bangladesh’s GDP by 1.2 percent.”

We shall address the first issue, while addressing the next two.

Firstly, is China’s FDI’s ‘debt trap’ theory true? The answer is a resounding NO. Barring few exceptions, there is now overwhelming evidence to infer that far from being a ‘debt trap’ China’s FDIs accrue net benefits to the host countries provided that the projects are implemented with due diligence and efficiency and are free of corruption.

Coming to the second question – is China’s rise a ‘threat to international order’? The answer is, YES and NO.

YES, because China’s economic rise and its global outreach has indeed, shaken the foundation of the so-called ‘international order’, which is a post WWII, post-colonial, and pre-dominantly an Anglo-Saxon hegemonic construct that organized countries in terms of ‘Bullies, the Bullied and the Lapdog of Bullies’.

As China continues to spread its influence globally, not through bullying nor bullets but through billions of dollars of investment money, countries that are benefiting have found ways to free themselves from the shackles of the old hegemonic ‘international order’ and act more independently. This is good news for them but bad news for the hegemon because countries that receive China’s assistance – majority – do NOT regard China a threat nor do they feel they are ‘trapped’ in China’s debt but see China, an opportunity – a boon.

Such notions are more of a challenge to China than its detractors for the onus is on China to consistently prove that they indeed are a boon not a burden nor a ‘threat’ to their partners!