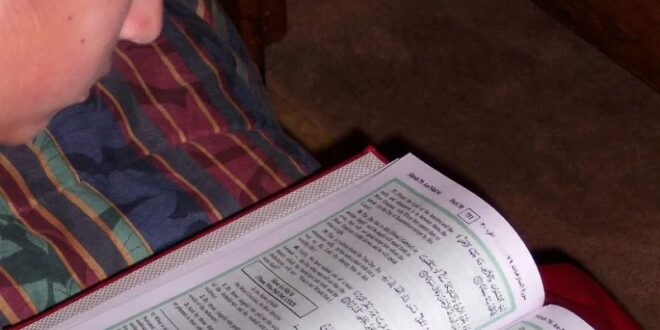 Are Translations Of Koran Inevitably A Problem?

Paul Goble in a short article in the December 17, 2021 issue of the Eurasian Review entitled “New Russian Translation Of Koran Inevitably An Interpretation And Thus A Potential Problem” states: “Because of the nature of the Arabic language, any translation from it is a form of interpretation, something that most Muslims view with suspicion…”

Goble adds that “for many Muslims, interpretation is a problem because it means that the translator is putting his own ideas in, and thus concealing the original intent of, Allah who dictated the original.”

Rabbis can easily understand this challenge because Hebrew, like Arabic, is a Semitic language and the Torah, like the Qur’an, contains the words of the same God. Yet Muslims cannot even agree on how to spell their Holy Book: the Koran or the Qur’an. Jews have the same issues, as even non-Jews can see with the spelling of Hanukah, Khanuka, Chanukah etc.

Indeed, many of the Talmud’s Rabbis felt that the first ever translation of the Torah; which was done into Greek in Alexandria, Egypt about 200-250 years BCE; was a great mistake.

The best example of the great mistake was the Greek translators mistranslation of the Hebrew word for a ‘young lady’ with the Greek word for virgin. Thus, when Prophet Isaiah speaks of a future child to be born to a young lady; the Greek reads virgin. When Christians used this verse as a proof text for Jesus miraculous birth; Mary became a virgin. Most modern Christian Bibles now no longer use virgin in their translations.

Even more important, the traditional Tafsir commentaries like Ibn Kathir (c.1300 – 1373) frequently offer several different meanings for the texts they gloss; just as rabbinic commentaries do. Multiple ways of understanding a text enriches the profundity of the text.

In the Zabur of Prophet David it is written: “One thing God has spoken; two things have I heard.” (Psalms 62:12). The rabbis in the Talmud (Sanhedrin 34a) asserted that this means there are multiple interpretations of each verse of Scripture that can be correct, and the word of God, even if they sometimes contradict one another.

The Hebrew term for this concept of pluralistic interpretation of sacred scriptures is; Shivim Panim LaTorah (each verse of Torah has 70 different faces).

Of course, we know of no verse that has 70 different interpretations; yet. After all, if we knew all 70 glosses to a verse we would understand it as well as it author; which is impossible. Also, what would be left for future generations of Biblical scholars to do. But, most verses have at least three or four different glosses and some important ones have five or ten different insights.

For example: what kind of a tree was the Tree of the Knowledge of Good and Evil (Genesis 2:17 and 3:6). Most people think it was an apple tree. They have no idea why, or what that interpretation is supposed to mean.

The Rabbis offer four different interpretations of the Tree of Knowledge of Good and Evil; and each of them provides insights into the meaning of the Torah’s account of what makes humans special and what it means to be “like God, knowing good and evil.” (Genesis 3:5)

Islamic commentators also offer several different opinions about the nature of the tree in the garden whose fruit was forbidden to Adam and Haawa. Some said that it was the grape tree, or barley, or a date or fig tree.

Rabbi Yose said it was a fig tree, for as soon as they ate from it their eyes were open and they covered themselves with fig leaves. (Genesis 3:7) This is the simplest explanation and has the most textual support, but it doesn’t tell us why figs represent morality.

Rabbi Judah bar Ilai said they ate from a grapevine i.e. wine (alcohol) represents good and evil because humans have the free choice; to use wine to sanctify the Sabbath, or to become an alcoholic.

Rabbi Meir said it was a wheat tree i.e. wheat was the first crop to be domesticated and thus is a good metaphor representing the beginning of farming and then urbanization and civilization. Settled life is a great test of social morality because nomads can always split apart if they can’t live together, but settled people must develop an ongoing legal system and abide by it.

Rabbi Abba said it was an etrog tree. An etrog, used for Sukkot-harvest festival, is called a goodly tree and it is good to thank God for the harvest (Leviticus 23:39-42). Gratitude is a spiritual personal value transcending ethics, involving attitude, personality and feeling. The etrog, according to the Rabbis is special because its outside (bark and wood) tastes the same as the inside of the fruit. Thus a good religious person should be the same inside and outside.

Because there are 70 different faces to every verse in the Torah, there is a special blessing that should be said when one sees a crowd of Jews, that must contain within them, a large number of Jews with different ideas and opinions: ” One who sees a crowd of Jews should say: Blessed is the Sage of Enigmas; for their opinions are not similar one to another, and their faces are not similar one to another.” (Talmud Berakhot 58a)

One of the most famous debates over the meaning of a verse occurs in reference to Noah. The rabbis were not certain how to Understand this verse: “Noah was a righteous man, wholehearted in his generations.” (Genesis 6:9)

Some said that if, in his wicked generations, he could maintain his righteousness, how much more so would he have shone in a better age like that of Abraham. But others argued that only in relation to the low standards of his age was Noah righteous; had he lived in Abraham’s time he would have been good but not particularly great.

So a translation of a religious text is inevitably an interpretation; but it is not inevitably a potential problem.

No human will ever know who is correct about religious disputes between and within the different monotheistic religions as the Qur’an declares, “For every community We have appointed a whole system of worship which they are to observe. So do not let them draw you into disputes concerning the matter, but continue to call people to your Lord.,..God will judge between (all of) you on the Day of Resurrection about what you used to differ”. (22:67&69)

And our debates about religious differences must never be arrogantly self-righteous. They must be mutually humble and respectful: “And do not argue with the People of the Scripture except in a way that is best, except for those who commit injustice among them, and say, “We believe in that which has been revealed to us and revealed to you. And our God and your God is one; and we are Muslims [in submission] to Him.” (29:46)