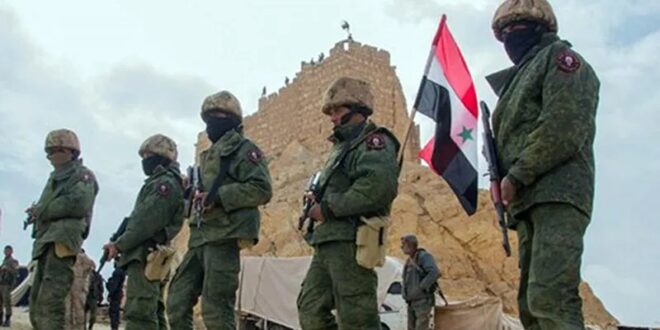 Syria Is A ‘Haven’ For Mercenaries, Drug Traffickers

Syria has become “a haven for mercenaries, drug trafficking and terrorism” Geir Pederson, the UN Special Envoy to Damascus Tells the UN Security Council in a special meeting.

His glaring comments come in a brief and were quickly reposted on the social media for their starkness and frank point of view.

Pedersen said the Syrian people have continued to suffer from violence and human rights abuses in 2021. “Syria continues to radiate instability — a haven for mercenaries, drug trafficking and terrorism,” said Pederson, adding the war-torn country remains fragmented into several areas which he said are drifting apart he was quoted by the Anadolu news agency as saying.

He also warned that hunger and poverty have escalated as the economy has continued to implode, and 14 million people are in need, the highest number since the conflict began in 2011.

“Thirteen million Syrians remain displaced inside and outside the country – many of their children not knowing their homeland – their prospects for a safe, dignified and voluntary return not improving – and a continuing challenge for Syria’s neighbors,” the Turkish news agency reports.

Meanwhile and as reported by Press TV, Pedersen brushed aside the so-called military solution to the decade-long conflict in Syria as “an illusion,” stating that the warring parties are locked in a “strategic stalemate” on the ground and have been so for the past 21 months.

Pedersen told the UN Security Council on Monday that it is time to explore whether a political process in Syria can meaningfully move forward in the year 2022 according to the Tehran-based network.

“No one should expect miracles or quick solutions – the path forward will be necessarily incremental. But I hope that this coming year we can work on concrete steps towards the implementation of Security Council resolution 2254,” he said.

Syria has been ravaged by a civil war since early 2011, when the Bashar al-Assad regime cracked down on pro-democracy protesters, Anadolu reports. Over 350,000 people have been killed in 10 years of war in Syria, according to the UN, which it says is “certainly an under-count.”

According to the UN Refugee Agency, some 6.6 million Syrians have been forced to leave the country over the past decade and Turkey alone hosts approximately 3.7 million of these people – more than any other country in the world.

Post Views: 112
Previous Сыграй на лире…
Next World War III Could Begin As World War I Did From Breakdown In Communication And Miscalculations