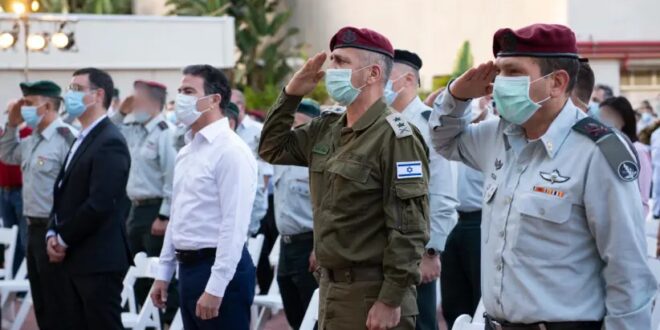 IDF intelligence chief Aharon Haliva said that the restrictions on Iran’s nuclear program within the framework of the Iran deal are better for Israel than non-compliance with the agreement.

A return to the JCPOA – otherwise known as the Iran nuclear deal – is better for Israel than a situation where no agreement is reached, Military Intelligence chief Aharon Haliva said at a meeting of the security cabinet on Sunday, according to Walla.

Haliva elaborated during the meeting, saying that the restrictions on Iran’s nuclear program within the framework of the deal are better for Israel than total non-compliance with the agreement, Walla reported.

Haliva’s confidence in the deal’s stipulations comes reportedly in contrast to Mossad chief David Barnea, who is said to not support the deal and instead believes that there is still time to invest in a dialogue with the Americans over the content of a future deal.

Foreign Minister Yair Lapid expressed opposition to the potential return to the Iran nuclear deal, saying on Monday that Vienna talks “won’t reach an optimal result as far as we’re [Israel is] concerned.” Lapid did, however, stress that regardless of the outcome, Israel should not damage relations with the administration.

“We are not against any agreement,” Lapid said. “We are at the negotiating table with the superpowers and holding discussions on what a good agreement is. There is attention in the world to the Israeli position.”

The comments came amid discussions in Vienna, Austria, between Iran and prominent Western powers. The five nuclear states involved in the talks – China, France, Russia, the UK and the US – issued a joint statement Monday that they “consider the avoidance of war between nuclear-weapon states and the reduction of strategic risks as [their] foremost responsibilities.”