According to authorities, initially peaceful protests in Kazakhstan, spurred by a twofold increase in fuel prices on January 1, swiftly devolved into deadly violence, killing at least seven police officers and dozens of attackers.

Gunfire is underway in the center of Kazakhstan’s Almaty, and the authorities are conducting a counterterrorist operation, a Sputnik correspondent reported.

The correspondent said that on the morning of January 8, local time, the shooting had still not stopped. Citizens are helping the police to identify suspicious groups of people, while criminal groups are said to be hiding in small squares and parks.

According to the report, heavy fog is complicating the work of the police. So far, the police have not yet provided any details on the number of detainees among the protesters.

A source in the country’s law enforcement agencies told Sputnik that terrorists could be staging provocations wearing the uniforms of Kazakh security forces.

According to the local media and witnesses, shots have been ringing out almost all night in the center of the city.

In the meantime, Kazakhstan has fully restored passenger railway operations, which had been delayed by violent protests, according to our correspondent, quoting Kazakhstan’s state railway corporation Temir Zholy (KTZ). KTZ has launched a digital ticketing option for those without an Internet connection, which was interrupted during the riots several times.

As of Friday night, according to the Kazakh media, quoting the country’s Interior Ministry, up to 4,000 terrorists have been captured in the country during violent protests, with Almaty having the highest number of arrests. According to the reports, those arrested face life sentences.

Residents in Zhanaozen and Aktau started mass protests earlier this week in response to a rise in liquefied petroleum gas prices. The protests subsequently extended to neighboring cities, culminating in police violence, looting, and damage. The nation’s President Kassym-Jomart Tokayev proclaimed a state of emergency until January 19 and invited peacekeeping forces from the Collective Security Treaty Organization (CSTO) to assist in resolving the crisis. 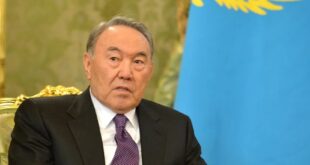 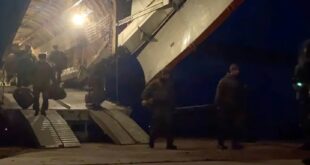