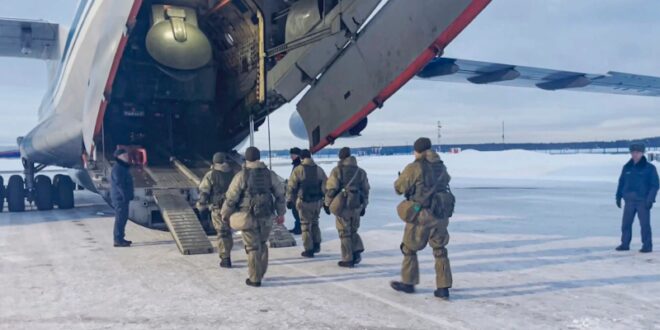 The Consequences Of Inviting Russian-Led CSTO Troops Into Kazakhstan – Analysis

Sparked by a small protest over a fuel price increase in the western oil town of Zhanaozen a few days earlier, angry crowds flooded the streets and squares of Kazakhstan’s major towns and cities on January 5, shouting their discontent with the authoritarian government’s domestic policies.

Alarmed by the scale of the demonstrations, President Qasym-Zhomart Toqaev quickly ordered fuel prices to be lowered, special commissions created to resolve economic problems, and accepted the resignation of his government.

But the protests only intensified and Toqaev decided to change his narrative of the unfolding events.

The people responsible for the protests were “international terrorist bands who had undergone special training abroad and their attack on Kazakhstan should be seen as an act of aggression,” the president told Kazakhs in a televised address.

The CSTO had never deployed its forces to intervene in a conflict in another country. But when Toqaev appealed for help, the CSTO agreed.

Russian troops quickly landed in Kazakhstan on January 6, with more coming from the other CSTO countries.

The CSTO stayed out of the 2005, 2010, and 2020 revolutions in Kyrgyzstan, the June 2010 interethnic violence in southern Kyrgyzstan, the Nagorno-Karabakh conflict between Armenia and Azerbaijan in autumn 2020, and did not attempt to intervene or mediate in the brief border fighting between Kyrgyzstan and Tajikistan in late April 2021 — even though all of the CSTO defense officials were meeting in the Tajik capital, Dushanbe, at the time.

According to Article 4 of the CSTO Charter, the organization will only send troops to help a member state whose territory or sovereignty is threatened by an external force.

None of the aforementioned conflicts in CSTO member states met that criterion.

But none of the countries involved share a 7,000-kilometer border with Russia, as Kazakhstan does, so Toqaev’s carefully crafted phrasing to include international “terrorist bands” trained abroad was deemed sufficient to invoke CSTO aid for his besieged government.

The move might help Toqaev’s government hold onto power, but the arrival of foreign troops on Kazakh soil is likely to be unpopular among many Kazakhs and will be an indelible stain on Toqaev’s reputation.

Kazakhstan recently held ceremonies to mark the 35th anniversary of Zheltoqsan, the time in December 1986 when Soviet troops came to Kazakhstan to crush large protests against the dismissal of the longtime Soviet-era leader of the republic, Dinmukhamed Kunaev, and his replacement — Gennady Kolbin — who had never worked in Kazakhstan before he was appointed head of the Kazakh Soviet Socialist Republic.

Officially, several people were killed in the violence but people who were there say the number of dead was in the hundreds for which Kazakhs hold Moscow responsible.
Swift Criticism

Former U.S. Ambassador to Kazakhstan William Courtney wrote on Twitter that “Kazakhstan’s people know this is a popular uprising against corrupt tyranny, not an ‘act of aggression’ by ‘foreign-trained terrorist gangs.’”

In a separate tweet, Courtney suggested that “Russian military intervention in Kazakhstan is likely to alienate its people. They have come to prize their country’s sovereignty and independence,” and “intervention could undermine three decades of friendly relations between the two neighbors.”

Nargis Kassenova, a native Kazakh who works at Harvard University’s Davis Center for Russian and Eurasian Studies, said Toqaev’s call to the CSTO for aid was a “horrible decision” that will “undermine [his] chance to gain legitimacy.”

As if to emphasize these points, after Toqaev announced he was seeking CSTO intervention, RT Editor in Chief Margarita Simonyan said on Twitter that “Of course we should help. We absolutely should help. But there are several conditions to make — recognize Crimea (as Russian territory), return the Cyrillic alphabet, (and institute) Russian as a second state language, like in Kyrgyzstan…”

Kyrgyzstan is a CSTO member and, so far, the only country not to have announced its contribution to what is being called by some a “peacekeeping force” for Kazakhstan.

The issue sparked hot debate in Kyrgyzstan’s parliament on January 6.

Deputy Iskhakh Masaliev, who once headed Kyrgyzstan’s Communist Party, said he was against the idea of sending Kyrgyz troops to Kazakhstan.

“As I understand the meaning of this organization (CSTO) and its responsibilities, the military can be used only if there is an external threat to one or another CSTO member,” he said.

Kyrgyz political analyst Aida Alymbaeva said Toqaev’s move to call in the CSTO to prop up his government “creates a precedent for the authoritarian leaders of Central Asia.”

There were even protesters outside the Kyrgyz parliament calling for deputies not to send soldiers to Kazakhstan.

A vote on the issue was postponed due to a lack of quorum, but deputies planned to return on January 7 to make a decision.

Reforma party leader Klara Sooronkulova said deputies will inevitably approve the troop deployment because Kyrgyz President Sadyr Japarov is in favor of it. That makes it almost certain that a majority of deputies will back the proposal due to there being a majority of pro-government deputies in the parliament.

But Sooronkulova was skeptical of the need for any foreign troops in Kazakhstan.

Russia is reportedly sending 3,000 soldiers to Kazakhstan, Belarus some 500, Tajikistan 200, and Armenia 70, with Kyrgyzstan set to decide on January 7.

According to Russian and Kazakh officials, the CSTO troops will be used to guard strategic facilities, not to participate in what Kazakh authorities are calling an “anti-terrorist” operation.

But many inside and outside Kazakhstan will see the placement of foreign troops in the country as sacrificing its sovereignty and an example of the Toqaev government’s weakness, which carries with it ramifications for the future when Russia will remind Toqaev of the service it has rendered and told what loyalty the Kremlin expects.