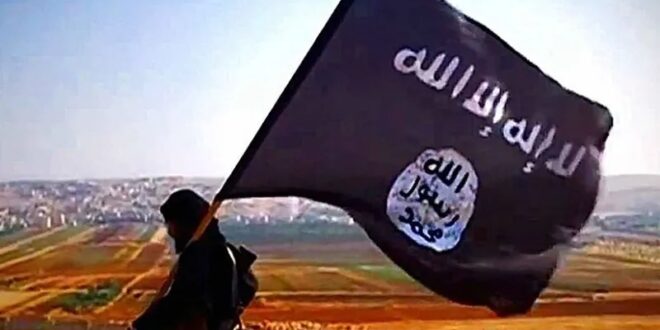 On December 14 two Typhoon fighter aircraft of the UK’s Royal Air Force were patrolling over Syria and Iraq, when they noticed an unidentified drone flying towards allied troops on the ground at the al-Tanf coalition base, in Syria. Deeming the drone a threat, the RAF conducted its first air-to-air missile firing in almost 40 years.

The RAF were participating in Operation Shader, Britain’s contribution to the global coalition against Islamic State (IS). UK defense minister, Ben Wallace, said: “This strike is an impressive demonstration of the RAF’s ability to take out hostile targets in the air which pose a threat to our forces. We continue to do everything we can alongside our coalition partners to stamp out the terrorist threat and protect our personnel and our partners.”

The partners that Wallace was referring to are the members of the Global Coalition against Islamic State (or Daesh, as it is known in many Muslim countries). The body was formed under US auspices in September 2014, its sole purpose to degrade and ultimately defeat IS. The coalition, consisting today of no less than 79 countries and 5 international organizations like the EU, NATO, and the Arab League, is engaged in countering IS on all fronts, weakening its financial and economic infrastructure; preventing the flow of foreign terrorist fighters across borders; helping restore essential public services to areas liberated from IS; and countering the group’s on-line presence and its propaganda.

Their combined efforts have diminished IS’s military capability, territorial control, leadership, financial resources, and online influence. In helping to stabilize territory liberated from IS, they are sharing information and collaborating in law enforcement, countering terrorist recruitment, neutralizing IS narrative, and providing humanitarian assistance to communities suffering from displacement and conflict.

All of which attests to the continuing threat IS represents to the civilized world. Following its defeat on the ground in Syria and Iraq, and the killing of its first leader in an air strike, IS is slowly regrouping, forming sleeper cells to launch attacks, waging low-level guerrilla insurgency and mobilizing new support. Between January 2020 and September 2021 IS claimed an average of 90 operations per month in Iraq alone. In short, it continues to be a highly active and lethal force. Iraq, Syria, and the Sinai are its three main hotspots. but it continues to operate sporadically in Yemen, Somalia, and Libya, while in the past two years terrorist attacks linked to IS have been reported in Niger, the UK, Austria, Pakistan and New Zealand.

IS’s main fields of operation are in rural Iraq and Syria – the so-called “Iraq Province” and “al Sham Province.” Despite what these names suggest, IS does not control them. In the Sinai Peninsula – its so-called “Sinai Province”– IS maintains a low-level insurgency in hopes of wearing down the Egyptian forces.

Its strategy in these areas was set out in its official weekly newsletter, al Naba. Distinguishing between guerrilla warfare (harb al isabat) and state-building (tamkin), the article explains that during the collapse of the territorial caliphate, IS decided to revert to guerrilla warfare. The new IS leader, Abu Ibrahim al-Hashimi al-Qurashi has maintained a low profile, but just over two years after the death of its founder, Abu Bakr al-Baghdadi, IS remains a potent threat, not only to communities in Syria and Iraq, but in Africa and more widely.

Logic would suggest that foremost among the nations banded together under US auspices to defeat IS would be Israel. After all, IS is dedicated to Israel’s destruction, while Israel must see IS as akin to the many terrorist bodies it declares enemies like Hamas and Hezbollah. Yet Israel is not one of the 84 members of the Coalition.

As Eran Etzion, once head of policy planning in Israel’s foreign ministry, wrote in 2016, Israel and IS have demonstrated high levels of restraint toward one another. Israel has refrained from joining the Global Coalition, while IS has never mounted a serious attack on Israel itself. Five years later, that remains the case. If or when IS re-established its caliphate, then would be the time for “the march on Jerusalem”.

As for Israel, its priority was its clear and present enemies and threats – namely Iran and its nuclear and geopolitical ambitions. Israel was concentrating on denying Iran the ability to acquire a nuclear arsenal and strengthen its political hold on the region by arming Hezbollah in Lebanon, Bashar Assad in Syria, Hamas in Gaza and the Houthis in Yemen.

Israel’s concentration on the threat from Iran has not, until recently, swayed US or most world opinion. It was considered more important to eliminate residual IS influence and activity in Syria, Iraq and, until its takeover by the Taliban, Afghanistan. By reducing IS power and status, global terrorist activity that linked itself to IS would be inhibited.

The world’s attention has refocused recently on Iran, but the anti-IS action program of the Global Coalition – now a structured organization conducting well-coordinated activities across a wide field – continues unabated. It will surely succeed finally in overcoming the nihilistic ambitions of this terrorist organization.