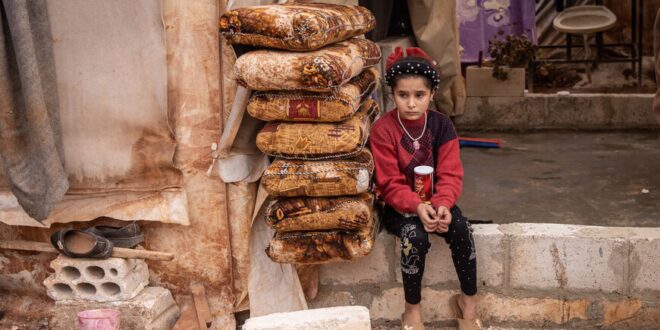 The Biden administration eased restrictions on aid groups working with the Syrian government in November.

The United Nations has extended authorization to deliver aid from Turkey into Syria’s opposition-held Idlib province for another six months.

Bab al-Hawa is the last Syrian border crossing authorized for direct aid deliveries into parts of the country not controlled by the Syrian government. UN authorizations for cross-border aid into other opposition areas have all lapsed amid Russia’s insistence that aid be directed through Damascus.

Why it matters: UN Secretary General Antonio Guterres argued in a confidential report last month that Damascus-routed aid could not replace the existing cross-border delivery system.

“Cross-border assistance remains lifesaving for millions of people in northwest Syria,” Guterres wrote in the document.

The UN’s World Food Programme said in June that some 2.4 million people in opposition-held Idlib province were in need of aid, the direst need for food assistance since the conflict began. The opposition holdout is largely encircled by the Assad regime and Russian military forces.

Russia’s stance: Russia, however, did not force a UN Security Council vote on the latest authorization renewal.

In July 2021, Moscow threatened to use its veto power to end the UN cross-border aid program into Syria. US and Russian officials eventually agreed to a six-month extension for Bab al-Hawa aid.

Russia has argued that cross-border aid violates Syria’s sovereignty and has said that international aid should be routed through Damascus. Human rights groups have decried that position amid evidence that the Syrian government uses access to humanitarian aid as a tool of war.

US approach: The Biden administration says it is putting humanitarian relief first in its approach to Syria’s conflict, a subtle shift from the previous administration, which aggressively sought to uphold international isolation for the Assad regime.

In November, the United States lifted its prohibition on international nongovernmental groups doing business with the Syrian government in Damascus, including Syria’s central bank.

Meanwhile, Egypt is awaiting formal assurances from the Biden administration that an extension of a natural gas pipeline to Lebanon via Syria and Jordan won’t run afoul of US economic sanctions against Assad.

Post Views: 30
Previous Iraq’s speaker re-elected with backing of Muqtada al-Sadr
Next Hundreds of migrants detained outside of UN center in Libya