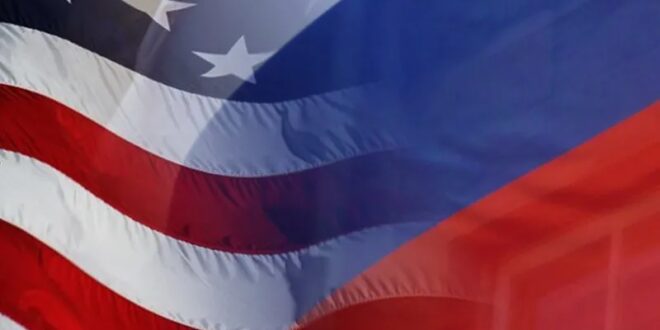 Diplomats from the United States and Russia held day-long talks Monday in Geneva about Moscow’s massive troop buildup along its Ukraine border and Russian demands for Western security guarantees.

A U.S. State Department spokesperson said the meeting, the first of several this week, began just before 9 a.m. local time and ended in the late afternoon. There were no immediate details available about the outcome of the talks, although both U.S. and Russian officials expressed little optimism ahead of time about the prospects for immediate resolution of disputes between the two superpowers.

The State Department stressed that the U.S. side has been working in consultation with not only Ukraine, but also with NATO and other allies across Europe, in preparing for the talks.

“The United States is committed to the principle of ‘nothing about you, without you’ when it comes to the security of our European allies and partners, including Ukraine,” the spokesperson said in a statement. “We are lashed up at every level with our allies and partners, and we will continue to be in the days and weeks ahead.”

After the Geneva talks, Russia is due to hold negotiations with NATO in Brussels on Wednesday and at the Organization for Security and Cooperation in Europe on Thursday in Vienna.

On Sunday, ahead of the Geneva meeting, U.S. Secretary of State Antony Blinken CNN’s “State of the Union” show, “It’s hard to see we’re going to make any progress with a gun to Ukraine’s head.”

“We’re going to listen to Russia’s concerns” about NATO military exercises in central and eastern Europe, Blinken said, but added, “they’re going to have to listen to ours” about the 100,000 troops Russia has amassed along Ukraine’s eastern flank.

“I can’t rule out anything; this is an entirely possible scenario and the Americans… should have no illusions about this,” Ryabkov was quoted as saying. Officials from the two countries held a working dinner Sunday night ahead of the more formal talks Monday.

“Naturally, we will not make any concessions under pressure and in the course of threats that are constantly being formed by the Western participants of the upcoming talks,” Ryabkov said.

Blinken reiterated the U.S. threat to impose severe economic sanctions against Moscow in the event it invades Ukraine eight years after its annexation of Ukraine’s Crimean Peninsula.

“Our strong preference is a diplomatic solution, but that’s up to Russia,” Blinken told ABC’s “This Week” show.

He said there is room for negotiations over military exercises in Europe and renewed arms limitations that he accused Russia of violating in the past.

The top U.S. diplomat said Russia cannot violate other countries’ borders or dictate whether NATO might accede to Ukraine’s request for membership in the seven-decade-old Western military alliance. He said 60% of Ukrainians favor the country joining NATO.

Russia has denied it plans to invade Ukraine and demanded an end to NATO expansion and a halt to the alliance’s military exercises in central and eastern European countries that joined it after 1997.

The United States and NATO have said large parts of the Russian proposals are non-starters.

Post Views: 25
Previous We Need A Revolution – OpEd
Next Iran-US: No Exit?