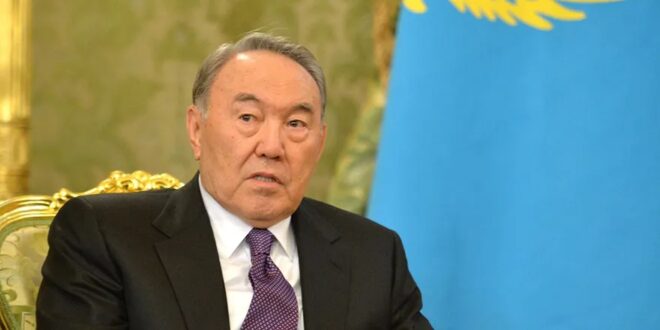 The riots in Kazakhstan may have abated, but the country’s problems remain unresolved, and its leaders’ challenges have never been greater. Dr Neil Melvin, RUSI’s Director of International Security Studies, identifies what these are.

Riots prompted by higher fuel prices are not exactly unusual. We have seen them in places as diverse as France with the so-called Yellow Vests, or Chile with public transport. Thus, in many respects, what has happened in Kazakhstan should not surprise us. Or should it?

Neil Melvin (NM): The question of what actually happened is really a key one here, because there are three competing theories about the nature of the recent violence in Kazakhstan. The first one is that it is the result of long-term socioeconomic grievances, dissatisfaction with the political order and corruption, and that the fuel price rises were but the trigger – initially in the western part of the country, which is the area where most of Kazakhstan’s wealth from hydrocarbons is generated from, although very little of that wealth stays there. Then, there is the official narrative the government is putting out and which is supported by Russia, which claims that there was an external intervention, with an Islamist element to it; the Kazakh government has said that even as many as 20,000 ‘terrorists’ were involved in this. And then there is a third version that I think has a lot of merit, which is that what we have seen is the eruption of an intra-elite battle for control of Kazakhstan in the post-Nursultan Nazarbayev era, in which popular discontent around fuel and political protests were harnessed by some groups representing various economic and political interests to try to seize power in a coup. I personally think that we saw popular discontent that morphed into this much larger intra-elite battle.

Is this the end of the Nazarbayev era?

NM: Still unclear. The former president has kept a very low profile. We have not seen him. He has not made public statements. He has reportedly been in contact with other leaders in the post-Soviet space and the president of Belarus. And of course, it is not just about him; it is about his family and the whole Nazarbayev patronage network. Because in many ways, the post-Soviet history of Kazakhstan is the history of the Nazarbayev family: state and nation formation has taken place through that particular social grouping, and the whole post-Soviet order has been constructed by that family, using wealth from the hydrocarbon sector to construct a system of patronage. So, it is not just about him, it is about who takes over and what the actual system of governance is. What I think has happened is that some groups have grown concerned that they were going to be cut out of the post-Nazarbayev order, and they have tried to move against current President Kassym-Jomart Tokayev through this uprising, only to be defeated with the help of Russia. But the struggle is going to continue because Nazarbayev himself is still there, and the system that he put in place is still there.

Do you believe that the Nazarbayev clan still retains important levers?

NM: I think that they retain the central role. It’s a classic authoritarian’s dilemma, which is that Nazarbayev may want to step away from power, but his interests and those of his clan are fundamentally dependent on keeping power. There were tensions already building up throughout the last couple of years since Nazarbayev tried to leave. Unless the family disconnects itself from Kazakhstan by physically leaving, I suspect it is going to be difficult for the country to move on.

So, the 2019 transfer of power, which some people hailed as a smooth transition of a kind that may even be copied in Russia itself with Vladimir Putin, has failed.

NM: Yes. There were various scenarios planned over the last 30 years in which some members of the Nazarbayev family – his daughters – would take over. That did not work out. Eventually Nazarbayev settled for someone viewed to be a fairly benign technocrat, the former foreign minister who was not really a key player throughout the last 30 years, a loyalist through whom Nazarbayev thought he could continue to exert influence and control during what is – behind the scenes – a very fierce struggle between different clan groups. Because this is the nature of Kazakhstan’s politics; the country is not an institutionalised democratic system, it’s a system of different groups competing for control of different parts of the economy. Thus, the 2019 transition was, in a way, a fake transition. It was an effort to try to disguise the fact that Nazarbayev and his family remained at the core of the system. We have seen other models of power transfer in Central Asia – in Uzbekistan and Turkmenistan – that have been more successful, but they involved the leader dying.

One interpretation gaining ground is that for Russia, this crisis came not at the best of moments, but it was not a bad thing for Putin, since it spotlighted Russia as the ultimate security guarantor in Central Asia and in some ways side-lined China.

NM: There have been some short-term gains for Russia. Until now, there has been a lot of scepticism about the role of the Collective Security Treaty Organisation (CSTO), and the operation in Kazakhstan has given the CSTO a bit of positive gloss. The crisis has allowed a multilateral operation, which is, of course, a Russian intervention. And Russia has gained some credibility in strengthening its traditional role as a security actor. So, there is some merit to the argument that Russia has played this well in the short term. Of course, this story is not in any way over. The big questions of the transition – the long-term transition of power in Kazakhstan and how Kazakhstan relates to Russia in the Eurasian space – continue to loom. The last 30 years have been marked by a very delicate balance between Russia and Kazakhstan on economic and security interests and relations with China. The ethnic composition of Kazakhstan with its large Russian community has meant that the country has been loyal to Moscow, even while there has been a gradual assertion of some degree of independence. Now all these questions have been reopened by what has happened.

Do you think that as the country goes through this turmoil, the question of the ethnic Russian community in Kazakhstan will be openly exploited by Moscow?

NM: The ethnic question in Kazakhstan is a central one, but it is often quite a hidden one, and it has been carefully depoliticised. The way the country was governed in the Soviet Union was that the part of the Communist Party controlled by Moscow was in charge of the urban industrial centres, while the ethnic Kazakh parts of the Communist Party focused on the rural, poorer parts. The delicate balance that Nazarbayev had to maintain was to assert Kazakh control across the whole country: the urban areas, particularly the heavily ethnic Russian northern areas, but also many of the regions which were quite weakly integrated. The achievement of the Nazarbayev era was in creating a central control and a national identity that tried to balance the Kazakh and Russian identities and the role of the Russian language. This was done in negotiation with Moscow, and Moscow was able to use those issues to keep Kazakhstan close. Nazarbayev knew that while he might assert independence, there were clear red lines about how far he could go, and the ethnic Russian card was always one that Moscow politicians could play. The question now is how this will play out in the future.

Once the Nazarbayev system fades away, how is a new order going to be built without looking for political legitimacy by appealing to Kazakh nationalism? Nazarbayev never had to assert that because he simply inherited control of the country as a former first party secretary in 1986, in the aftermath of ethnic riots against a Soviet appointment of a non-Kazakh as local party boss. Nazarbayev therefore inherited power and never had to assert Kazakh legitimacy, but the current leader faces the perennial question across the post-Soviet space: how do you create independent countries with national identities without stressing ethnic nationalism as a core principle?

Can we see Tokayev as a potential reformer?

NM: I don’t think he is going to be a particularly reforming character; we should not be deceived into thinking that there is going to be a democratisation and liberalisation process in Kazakhstan. Having said that, Kazakhstan has been one of the more open post-Soviet economies. There has been a liberal aspect to the markets; the country has been quite open to international investment because it needed it for the hydrocarbon sector. It has a more open culture, and the fact that it has to accommodate the Russian minority also means that there are limits on how authoritarian it can become. This means that there is a degree of pluralism sometimes in Kazakhstan that you do not see in other Central Asian countries.

Russia took great exception to the jibe of Antony Blinken, the US secretary of state, who said that, once so-called Russian peacekeepers arrive, they never depart. Do you envisage nonetheless that in this case, the Russian-led CSTO force will leave fairly promptly?

NM: The Russians have deployed a small force, so I do not think this is a particularly significant long-term presence. The key question is the fact that President Tokayev has had to rely on Russia, thereby signalling that he is quite weak internally. And this is going to be a key card for Russia to play. But it is going to be a difficult one to balance, because there is a bit of a dance in Central Asia between China and Russia. Kazakhstan is a big supplier of China’s energy requirements. It’s also the transit area for Turkmen gas, which is key for Chinese industry and domestic markets in the western part of China. So, Russia has to reassure China that Chinese interests will not be harmed.

It is going to be harder for Tokayev to pursue the multi-vector policy that has characterised the last 10 to 15 years. He is going to be more reliant on Russia and Russian acquiescence. Yet it is in the DNA of Kazakhstan to operate as an independent country.

Post Views: 2,191
Previous Russia’s Response to Unrest in Kazakhstan: Risk Versus Reward
Next A Provocative Challenge to Analytical Doctrine