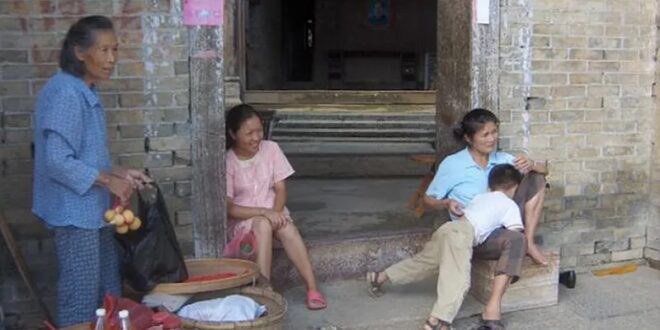 Is China on the decline?

Chinese economic statistics like all other information flowing out of China are unreliable, but now those, along with other indicators, paint an unflattering picture of the economy.

Falling birth rates is one of the worries for China’s planners – and finding over 20 million ‘additional’ births is very convenient as China tackles a greying society. And whether a surveillance state such as China has somehow missed such a large number of births is another matter. With opaque authoritarian regimes, official announcements can sometimes be a good indicator of what’s being hidden – in this case, a gradual greying of China, which will reduce its economic potential as well.

The year 2021 was also one of crackdowns in China: on real estate, EdTech and technology firms. The first two of these, crackdowns on real estate and EdTech, could be linked to demographic concerns as well. China’s President Xi Jinping has said in the past that houses are for living, not speculation[3], and the government made several moves targeting the flow of capital into this sector. Unfortunately for the government, its success has resulted in ghost towns and widespread problems in the real estate sector, of which the collapse of real estate developer Evergrande is the best known. A number of Chinese real estate firms have defaulted on their offshore bond repayments in the recent months – Evergrande[4], Shimao[5], Kaisa[6] and several other smaller names.

The troubles of the sector are partly linked to the government’s efforts to bring down real estate prices, which had made housing unaffordable for young Chinese. This move seems to be succeeding. House prices in China have begun to fall as per official statistics[7] – the actual extent of the fall may be very different and substantially larger. The real estate sector accounts for a large chunk of Chinese GDP – an estimated 25% – and land sales to realtors provide a substantial part of local government incomes. Falling prices and reduced sales spell bad news.

Adding to the problems is China’s declining access to overseas capital. The crackdown on Alibaba and other tech majors will make foreign investors rethink. Didi Chuxing, China’s version of Uber, listed on the New York Stock Exchange in mid-2021 and is now planning to delist from the NYSE following changes in China’s financial regulation[8]. China has recently passed a data protection law which has made it difficult to get information that, in the rest of the world, is publicly available. This includes the location of ships, information on coal use, inventories of industrial goods etc., making it even more difficult to form an accurate assessment of China’s economy and internal issues.[9]. China’s coal crunch of September 2021, – was partly caused by opacity on common data – again impacting fresh capital flows into China.

The crackdown on Alibaba, Didi and other ‘private’ enterprises is also being felt. Alibaba and Tencent, the two top Chinese firms, are no longer among the world’s ten most valuable companies[10] while the number of Chinese firms worth over $100 billion has also fallen[11]. Expect innovation and growth to slow.

China’s external footprint also seems to be declining. Sri Lanka and Pakistan, both destinations for major Belt and Road projects, are facing an economic crisis, largely due to Chinese over-reach and domestic mismanagement thereof. Pakistan has already approached the IMF for a bailout while Sri Lanka has drastically reduced imports of goods such as fertilizers and automobiles, and is paying for oil imports with tea. The money tap from China appears to have shut – indicating either an unwillingness or an inability to bankroll white elephant projects.

Since China controls information flow from the inside, it is difficult to have a clear picture of what’s really going on. But with the Chinese economy much weaker than what the regime would like to project, the risks for India and other countries that share a land or a maritime boundary with China, from Beijing’s adventurism, has increased. The Chinese Communist Party makes a big deal about the century of humiliation, and how it has made China strong against foreigners. A dispute with a smaller neighbour can be a good way to drive home the message. And if China perceives it is slowing down rather than growing, that it can no longer expect to ‘overtake’ the U.S. will surely make China more belligerent in the short term, especially on its ever-increasing list of ‘core interests’.

This analysis is based on limited information and may be incorrect. However, given the risks posed by China – which India has experienced first-hand – being prepared for the worst is the only sensible course for a wary neighbour. Even a declining China has major economic and military advantages over India and will be a formidable threat.

Post Views: 161
Previous Will Poland Re-Discover Latin America? – Analysis
Next When Higher Prices Are Not Inflation