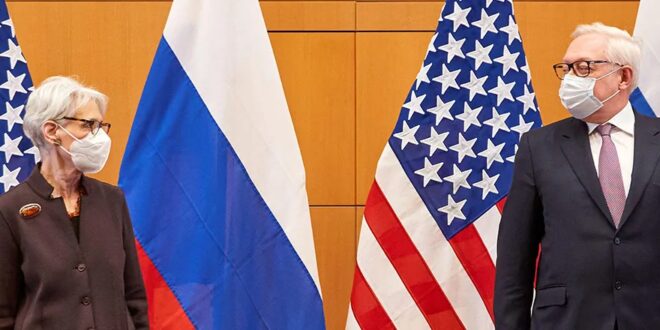 The US and Europe will need to work together to prevent Russian attempts to fundamentally redefine the European security order by force.

In late 2021, European Council President Charles Michel declared 2022 the ‘year of European defence’. He was referring to a burst of planned activity from the EU: a European Defence Summit, an EU defence strategy in the form of the EU ‘Strategic Compass’, a joint EU–NATO declaration, and the articulation and hopeful agreement of what ‘European strategic autonomy’ means in practice, all within the first six months of the year under the French EU Council presidency.

However, 2022 is shaping up to be a significant year for wider European security due to forces largely outside of the EU’s control. Russia’s military build-up on the borders of Ukraine – first in spring 2021, and then again with more intent in December 2021 – has generated wide-ranging activity which could lead to the most significant transformation of the European security order since 1991.

On 17 December 2021, Moscow formally submitted its demands, proposed as two ‘draft treaties’ – the first between Russia and the US, and the second between Russia and NATO. These demands – which would completely rewrite the fundamentals of the extant European security order, including halting further NATO expansion, specifically in Georgia and Ukraine, and effectively rolling back the Alliance to its 1997 boundaries – would obviously be rejected by the West. However, in presenting its demands as treaties, Russia has forced the West to discuss the proposals openly, and in doing so it has opened the space for discussion on more fundamental questions about the international status quo. Regardless of the diplomatic outcome of the current talks, activity in 2022 could drastically redefine European security.

There has been an increase in the intensity of diplomatic negotiations in early 2022 in order to avoid a dramatic escalation of the conflict in Ukraine. The first two weeks of the year alone have witnessed: an extraordinary session of NATO foreign ministers, US–Russian bilateral talks in Geneva, the first NATO–Russia Council in over two years, a meeting of the Organisation for Security and Cooperation in Europe, an EU foreign ministers meeting in Brest, and NATO Military Committee and EU Political and Security Committee meetings.

At the close of this round of talks, there seems to be more pessimism than optimism, with Russia’s Deputy Foreign Minister Sergei Ryabkov declaring the talks a diplomatic ‘dead end’. However, as this was always the likely outcome given that the Russian demands could never be accepted by the US or NATO, the content of the talks is perhaps less important than the dynamics.

Following the inconclusive talks, Russia’s overall political and military objectives remain unclear. The fact that Russia managed to secure such high-level talks without any major concessions will be considered a ‘win’ in itself, as will the ability to geopolitically side-line the EU.

However, having pursued a strategy of escalation to this level, following the previous build-up, it is difficult to see where Russia can go diplomatically. If diplomacy does fail, then Russia has multiple options for a military offensive. While the military conditions are favourable for a Russian invasion, further occupation of Ukrainian territory would become very costly, both militarily and economically. Herein lie the dual risks for the West and Russia. The West might have to offer some diplomatic concessions as a de-escalatory measure and offer Putin an ‘off ramp’ to avoid conflict in Ukraine – an outcome it wants to avoid at all costs. For Russia, the risk is that a military offensive becomes inevitable, as it would otherwise lose some degree of threat credibility following two military build-ups without an eventual invasion.

Given the current stakes, timeframes become very important to Russia for three reasons. First, the current weather in eastern Ukraine makes the quick movement of armour easier, suiting Russian military doctrine, and will become less favourable by March. Second, it is incredibly expensive to keep such a large number of troops and equipment at high readiness, especially as Russia has also now committed specialist troops to Kazakhstan as part of the Collective Security Treaty Organisation to quell violent protests. Despite an ordered withdrawal, it is likely that these Russian units will remain at high readiness to redeploy if necessary. Third, Russian conscripts are halfway through their deployment cycle and will soon have to be rotated with less well-prepared troops who are unused to the harsh conditions. Ukrainian forces are more modern and capable than they were in 2014, due to Western support which will likely rapidly increase to deter Russia and help defend Ukraine. Therefore, Russia might assess that the longer a military offensive is delayed the harder it becomes.

The talks between Russia and the West were centred on the US–Russia bilateral talks in Geneva, underscoring that the US remains a significant European security actor, certainly in the eyes of Russia, despite a growing pivot to Asia. Moreover, this was largely at the expense of the EU, which was frozen out of the main talks. The EU looked increasingly weak and frustrated that it was not at the table where the fundamentals of the European security order were being discussed. However, it would be wise for the EU to focus more on what it can bring to the table, rather than viewing being at the table as an end in itself – regardless of how exasperating this may be.

However, despite the setback for the EU, a product of Russian sabre-rattling has been a degree of synergy and coordination between the US, NATO and the EU not seen for some time and which temporarily broke down following the US-led withdrawal from Afghanistan in 2021. Significantly, it has led to Finland and Sweden reconsidering NATO membership. It is important that the West harnesses this renewed unity in the face of Russian aggression to rapidly reinforce the current European security order, or ensures that any revisions are to its collective advantage.

The timing could not be better for the West. Both NATO, through its New Strategic Concept, and the EU, through its Strategic Compass, are in the process of conceptually developing their respective ambitions up to 2030. Moreover, these dual processes are soon to be finalised, with much of the thinking behind them already completed. Indeed, the current situation has increased EU unity and hardened the language towards Russia in the latest Strategic Compass draft. Previous iterations of NATO and EU strategies have not come at the same time, nor have they had such an imminent threat to sharpen minds and encourage boldness. Therefore, this is an opportunity to make significant advances on European security burden-sharing, avoiding duplication and realising a European strategic autonomy that is complementary to the desired European security order.

Both NATO and the EU have fundamental roles to play in the security of Europe – it is not a choice between the two organisations. These ambitions will require significant political will to be realised, but the consequences of not achieving this could lead to an irreversible deterioration of the European security order.

The views expressed in this Commentary are the author’s, and do not represent those of RUSI or any other institution.

Post Views: 86
Previous Morocco Drives a War in Western Sahara for Its Phosphates
Next The Pandemic Has Done Little to Check China’s Geostrategic Ambitions