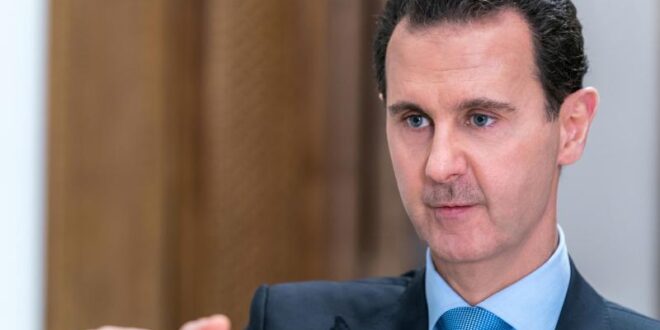 After a decade of warfare, the conflict in Syria has settled into a violent, protracted stalemate. Now, as before, Syrian dictator Bashar al-Assad continues to act with impunity. He has forcibly disappeared tens of thousands of Syrians and subjected thousands more to torture, sexual violence, or death in detention. The country is in a full-blown humanitarian crisis: an estimated 90 percent of Syrians live below the poverty line, and 60 percent are food insecure—the highest proportion since the start of the conflict, according to the United Nations.

At the same time, the recognition that Assad is here to stay—and the perception that the U.S. presence in the Middle East is not—has prodded U.S. allies toward normalizing ties with the onetime pariah. Bahrain, Egypt, Iraq, Jordan, Lebanon, Saudi Arabia, and the United Arab Emirates have all taken steps toward reestablishing ties with Assad.

The trend toward regional normalization is probably irreversible, since Middle Eastern states have no choice but to live with the Syrian dictator. But Western countries must do what they can to hold his henchmen to account, protect Syrian refugees from forced returns, and relieve Syrians’ humanitarian suffering. To that end, the Biden administration should focus on helping Syrian civilians living both inside the country and as refugees, while exploring new approaches to ensure the Assad regime answers for its crimes.

THE ROAD TO NORMAL

In the early days of the Syrian conflict, many Middle Eastern countries broke ties with the Assad regime. The Arab League suspended Syria and imposed sanctions in November 2011, citing Assad’s brutal crackdown on protests and failure to adhere to a UN-brokered peace deal. In 2012, several Gulf countries—including Saudi Arabia, Qatar, and the United Arab Emirates—began arming rebels in an effort to overthrow Assad, believing it was only a matter of time before the dictator would fall.

More than a decade later, Assad is firmly entrenched in power, thanks largely to Russian and Iranian military interventions on his behalf, and his erstwhile enemies are creeping toward normalization. The Gulf states are attempting to restore relations with Syria in an effort to blunt Iranian influence in the country. The United Arab Emirates has taken the lead, reopening its embassy in Damascus in 2018, which was followed by a call between Assad and the UAE’s de facto leader, Crown Prince Mohammed bin Zayed, in 2020. The next year, the UAE’s foreign minister, Abdullah bin Zayed al-Nahyan, visited the Syrian capital, becoming the most senior Emirati official to do so in ten years. Other Gulf countries have followed suit: in 2020, Oman was the first Gulf state to reinstate its ambassador to Syria, and Bahrain did the same in December 2021. Even Saudi Arabia, a longtime foe of Syria, has inched toward Assad. Last year, the Saudi intelligence chief met twice with his Syrian counterpart, once even traveling to Damascus to meet him.

Arab states outside of the Gulf are also moving toward normalization. In September 2021, Sameh Shoukry, Egypt’s foreign minister, met his Syrian counterpart at the UN General Assembly in New York, announcing that the meeting sought to promote Syria’s “return to the Arab fold.” Many Arab countries privately called for Syria’s readmission to the Arab League in advance of its March 2022 summit in Algiers. And in 2024, Damascus is slated to host the Organization of Arab Petroleum Exporting Countries conference.

An intensifying socioeconomic crisis across the Levant is also driving normalization, particularly for Syria’s neighbors. In 2019, Iraq reopened its al-Qaim border crossing with Syria, a strategic and commercial thoroughfare linking the capitals of the two countries that had been closed when the region was under the control of the Islamic State (also known as ISIS). This raised Iraqi hopes for revitalized economic ties. Similarly, in October 2020, King Abdullah of Jordan spoke to Assad by phone and reestablished trade (which had ceased earlier in the year due to COVID-19) in the hope that greater cross-border commerce would boost the flagging Jordanian economy.

Assad is firmly entrenched in power, thanks largely to Russian and Iranian military interventions on his behalf.Meanwhile, Syria’s eastern neighbor, Lebanon, is facing socioeconomic collapse. Since 2019, the value of Lebanese currency has plummeted by 90 percent. Poverty has increased dramatically, with an estimated 80 percent of Lebanese now living below the poverty line. The prospect of total state failure is not inconceivable. As Lebanon contends with its economic crisis, food insecurity, and crippling fuel shortages, the United States has mobilized regional and international players behind a deal that would bring Egyptian gas and surplus Jordanian electricity to Lebanon through Syria. The energy deal would revitalize a natural gas pipeline running from Egypt through Jordan and Syria to Lebanon and would provide excess Jordanian electricity to Lebanon by running grids from Jordan through Syria. The World Bank would help finance the deal.
That arrangement is perhaps the best example of how the region’s economic meltdown is driving normalization with Syria, literally reconnecting Syria to its neighbors. There are, however, countervailing forces. In 2019, the U.S. Congress passed the Caesar Syria Civilian Protection Act, which sanctions governments or private entities that aid Syria’s military or contribute to the country’s reconstruction. But by backing the energy deal, the Biden administration has shown that it will prioritize staving off state collapse in Lebanon over a strict enforcement of the act. The economic malaise in the Levant is limiting the administration’s leverage in isolating Assad.

For this reason, U.S. efforts to hold Assad to account should focus on damage control: preventing the forced return of Syrian refugees to Syria, providing aid to the millions of Syrians still suffering from the ravages of the conflict, and doubling down on documenting Assad’s abuses while assisting European efforts to prosecute his abettors wherever possible.

Holding the Assad regime to account for its brutality is a vexing challenge. Syria is not a member of the International Criminal Court and therefore not subject to its jurisdiction, depriving the international community of a key venue for holding Assad and other members of his regime accountable for their crimes. Syria also couldn’t end up in court the other way—through a UN Security Council referral—because Russia and China would veto such an effort.

U.S. policymakers could, however, explore ways to support European prosecutions of Syrian war criminals under the principle of universal jurisdiction. This principle holds that war criminals can be prosecuted in countries where they have sought refuge, even if their crimes were committed elsewhere. For example, earlier this month, a German court sentenced Anwar Raslan, a former security officer, to life in prison for overseeing torture at a Syrian detention center. This followed a 2021 German conviction of a onetime member of Assad’s secret police, marking the first time a former Syrian official was found guilty for crimes against humanity.

In European countries where universal jurisdiction cases appear to be gaining momentum, the United States should help coordinate efforts to prosecute and share information about the alleged crimes. The administration should also increase support for gathering evidence and documenting the Assad regime’s war crimes, a critical foundation for any justice and accountability effort. Ideally, by making the baseness of the Assad regime plain, these cases will dissuade European leaders who might consider normalizing ties with Syria.

In addition to applying pressure on the Assad regime, the Biden administration should deepen efforts to mitigate the humanitarian crisis inside Syria and shine a light on the plight of Syrian refugees. The administration should also work to ensure that UN Security Council Resolution 2585 is renewed when authorization expires in July 2022. The resolution preserves the sole remaining UN crossing—from the original four established in 2014—and allows UN agencies to deliver aid from Turkey to opposition-held northwest Syria without the Syrian government’s consent.

The United States should support European prosecutions of Syrian war criminals.The United States should also give more humanitarian aid to Syrian refugees. This is particularly important given the economic struggles in their host countries. Turkey hosts the largest number of Syrian refugees and Lebanon has the most per capita. With the economies of both countries tanking, refugees are unfairly scapegoated and live under increasingly dire circumstances. As Syrian refugees face growing hostility and resentment, the threat of forced returns grows more real.
Antagonism toward Syrian refugees is not limited to Middle Eastern nations. Denmark is the first European country that has threatened to revoke residence status for this population, claiming that Damascus is now safe for return. Although not yet expelled, many of Denmark’s Syrian refugees are now languishing in detention centers. The Biden administration must unequivocally call out any efforts at forcible return. With Denmark specifically, the administration should pressure the government to change its policy.

Assad appears to be staying in power, and some Middle Eastern states are beginning to normalize ties with him. Even so, the United States can pursue actions that impose some measure of accountability and ease Syria’s humanitarian crisis while addressing the socioeconomic collapse of the region. It is a fine line to tread, but such a response offers the best hope of assuaging Syrians’ considerable suffering.