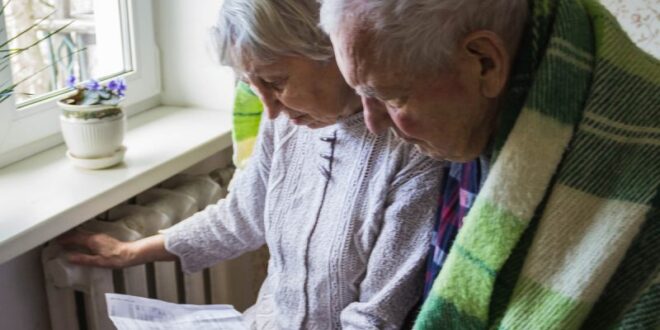 Households of Czech seniors are highly vulnerable to current electricity and heating prices spikes. Up to 60% of them are at risk, and around 40% already suffer from energy poverty. However, the current situation related to high gas prices is not the only factor contributing to this negative trend.

In addition to rising prices, poor condition of buildings and inefficient appliances are to blame.

“Energy bills will rise by tens of per cents in the vast majority of households,” Daniel Hůle from the People in Need organisation warned.

“It could lead to debts and even distraints,” he added.

The Czech government has already launched exceptional state support for those whose heating costs exceed 30% of net household income.

So far, about 150,000 Czech households have received the support, but it is only about a third of the total households eligible. According to Hůle, the stigma associated with applying for help and lack of public awareness are the main reasons why citizens are not receiving the money, even if they meet the criteria. Thus, NGOs have called for a special communication campaign.

Czech households became particularly vulnerable to energy poverty due to the collapse of one of the major energy suppliers in the country in October 2021. Bohemia Energy has supplied energy to around 900,000 customers and announced an immediate shutdown without any warning.

Collapses of several smaller suppliers followed the end of Bohemia energy, and affected households were retaken by so-called “suppliers of last resort”. The list of last resort suppliers includes the biggest power companies in Czechia, such as state-owned ČEZ. However, contracts they offered to people were significantly more expensive.

Czech experts warn that affected people will face problems, especially this spring, as many will run out of savings.

Post Views: 79
Previous We Must All Recognize That a War Over Ukraine Is Not the Answer
Next Bulgaria will not just be a ‘benefactor of security’ in Ukraine crisis