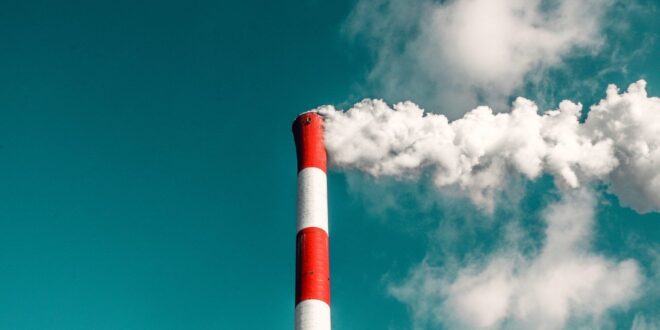 Dangerous Heat Across the Globe

The planet is heating up like never before, as “ground temperatures” hit all-time records in the Northern Hemisphere as well as the Southern Hemisphere, and ocean temperatures threaten the world’s major fisheries of the Far North, which are imperiled beyond any known historical precedent. (See- The Oceans Are Overheating, January 14, 2022)

According to the National Oceanic and Atmospheric Administration (NOAA) July 2021 was the hottest month in recorded history for the world. The European Union (EU) satellite system also confirmed that the past seven years have been the hottest on record.

Too much heat brings unanticipated problems of unexpected scale, putting decades of legacy infrastructure at risk of malfunctioning and/or total collapse. Nobody expected so much trouble to start so soon. Nobody anticipated such massive record-breaking back-to-back heat, north and south, to hit so soon on the heels of only 1.2C above estimated baseline for global warming.

In that regard, and with deep concern, the Council on Foreign Relations (founded, 1921) stated: “More than one-fifth of the global population now lives in regions that have already experienced warming greater than 1.5°C (2.7°F), an increase that almost all nations have agreed should be avoided to significantly reduce the risk of harm from climate change.” (Source: A World Overheating, Council on Foreign Relations, October 18, 2021)

Moreover, as further stated by the Council: “Exposure to a sustained wet-bulb temperature of 35°C (95°F), a point of intense heat with extreme humidity (90+), has been identified as the limit for human survival. When wet-bulb conditions develop, sweat can no longer evaporate off a person’s skin and the body cannot cool down. Just a few hours of this kind of heat exposure can lead to death… Some regions, including southwestern North America, South Asia, and the Middle East have already endured conditions at or near this limit, and certain areas will experience the effects more intensely than others. One projection indicates that, by 2030, this type of heat wave could afflict over two hundred million people in India alone.”

Notably, according to the International Energy Agency (IEA): Only 8% of the 2.8 billion people living in the hottest parts of the world have air conditioners.

Furthermore, the Council claims: “The infrastructure of today was not built to withstand surging temperatures.” As follows, global heat is rapidly outpacing infrastructure capacities. This is a surefire pathway to disaster on a scale seldom, if ever, witnessed.

In America, the Hoover Dam, which serves electrical power to 8 million people, is at it lowest level since 1937 when its lake was still being filled.

And, too much heat causes steel-comprising damage to drawbridges. Train tracks can bend under intense heat, which actually caused train cancellations in Europe in 2019. (Source: Sag, Buckle and Curve: Why Your Trains Get Cancelled in the Heat, Wired, July 26, 2019) And, planes can struggle to fly in extreme heat conditions.

According to the EPA, when cities are exposed to extreme heat, it can magnify heat conditions by up to 15C above surrounding rural conditions, effectively turning major cities of the world into furnaces of trapped heat.

Already, South America’s summer of 2022 is hot as blazes: “Practically all of Argentina and also neighboring countries such as Uruguay, southern Brazil, and Paraguay are experiencing the hottest days in history.” This is according to Cindy Fernández, meteorologist at the official National Meteorological Service. (Source: ‘Another Hellish Day’” South American Sizzles in Record Summer Temperatures, The Guardian, January 14, 2022)

Argentina, as of January 12, 2022 reported: 129°F ground temperatures that brought blackouts. “This is a heat wave of extraordinary characteristics, with extreme temperature values that will even be analyzed after its completion, and it may generate some historical records for Argentina temperatures and persistence of heat,” according to meteorologist Lucas Berengua. (Source: Copernicus Sentinel 3 Satellite data discussion)

Thereafter, Argentina’s infrastructure sagged and 700,000 people were without power, and drinking water purification systems went on the blink. Argentina’s ground temperatures echoed readings from the Northern Hemisphere of only 6 months ago, which, in retrospect, served as a foreboding for the southern continent, as it now begins its summer.

The heat has been so bad in Argentina that it was briefly the hottest place in the world, surpassing parts of Australia that usually carry that dubious honor during austral summer.

According to BBC News, Australia equaled its hottest day on record at 50.7C or 123.26F in Onslow, Western Australia on January 13th, 2022. The normal average temperature for Onslow (a coastal town) this time of year is 36.5C, not 50C. Additionally, Mardie and Roebourne, two other towns in the area, reported temperatures over 50C. And, in South Australia Oodnadatta reported 50.7C on January 2, 2022. (Source: Australia Equals Hottest Day on Record at 50.7C, BBC News, January 13, 2022)

The summer of 2021 up north found the Anthropocene, the geological period of human influence, turn into the Pyrocene, when a shocking number of wildfires consumed vast areas of the Northern Hemisphere. It was “the summer of hell.” Global warming dried out grasslands and forests turned to tinder. The chief of the US Forest Service declared a “National Wildfire Crisis.” (Source: Here are the 6 Major Regions Literally on Fire Right Now, Gizmodo, 7/29/21)

Oregon and California fires were powerful enough to create stand-alone weather systems. The town of Lytton, British Columbia burned to the ground like a smoldering matchstick. Ground temperatures in Washington State in June 2021 hit 145F (63C) during an unprecedented Pacific Northwest heat wave too hot to even walk near concrete or squishy asphalt.

Siberia experienced Biblical-scale fires like nobody has ever seen. A study showed the extreme heat driving the fires to levels calculated as 600 times more likely to occur because of climate change. Siberia at its most northern reaches registered a shocking 118 degrees F (48C) in June.

In the Mediterranean region, the summer of 2021 experienced wildfires raging out of control in Turkey and Greece with ground temperatures of more than 127F degrees (53C). (Source: EU Earth Observation Program, Copernicus Sentinel 3 Satellite)

There is a point to be made about this disheartening litany of the world succumbing to heat since it’s happening with global warming at only 1.2C above pre-industrial. But, is pre-industrial (same as post-industrial) really since 1880 or 1950, or should it be 1750, or is the entire affair really worse than we’ve been told at any rate? Answer: Look at the evidence and make a judgment.

The aforementioned facts are about climate conditions over the past 12 months throughout the world, which are worse than anybody projected, especially at only 1.2C above the alleged pre-industrial level. Along those lines, the Intergovernmental Panel on Climate Change (IPCC) established a red warning at 1.5C beyond which serious climate trouble will occur with 2C as an extreme limit not to be exceeded, but based upon the challenging climate conditions already evident at 1.2C, how challenging will things be at 1.5C?

The fact is at only 1.2C the world has got its hands full of infrastructure failures combined with an emergent Wet Bulb potentiality of people dropping dead in the streets.

All of which points to the upcoming significance of the US midterm elections this year. If Republicans, aka: Deniers, gain control, you might as well “pack it in.” In other words, global heat will celebrate!

On the other hand, if the Democrats gain enough control to actually do something constructive about greenhouse gases and provide global leadership towards net zero emissions within the decade, there’s a slim chance for survival, but the odds are rapidly diminishing.

So far, excessive levels of damaging global heat, in part, have been the result of the failure of political leadership of both major parties that have repeatedly been warned by scientists to minimize CO2 emissions. The warnings have been ongoing for decades, like a scratched record that replays the same song over and over again but to no avail.

America’s leaders have miserably failed to safeguard the American people from the most advertised, the most talked about, the most obvious existential threat the country has ever experienced!

Post Views: 80
Previous Boris Johnson’s Populism May be Muted, But it is Still Accelerating Britain’s Decline
Next Goodness Gracious, David Ignatius: Why Do You Want More War?