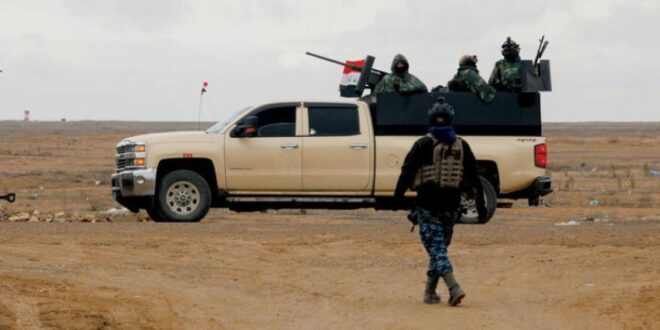 Iraq’s outgoing Prime Minister and Commander-in-Chief of the Armed Forces, Mustafa Kadhimi, continues to ensure the country’s security by launching a campaign against ISIS remnants.

ISIS and all armed organizations and factions are taking advantage of the intense political rivalry between blocs and parties. However, the Prime Minister maintained all military and security efforts against the terrorist organization.

Furthermore, ISIS tried to implement several operations to create chaos in the country, especially after the recent escape incident from al-Hasakah prison in Syria, where several detainees entered Iraq.

The developments prompted Kadhimi to visit the border area between Iraq and Syria and address ISIS.

The judiciary wants the terrorists under the provisions of Article 4 of terrorism.

According to various legal articles, the Security Media Cell in Baghdad announced that the 11th Infantry Division arrested 11 suspects.

Advisor to the Prime Minister on Security Reform Hussein Allawi said the military operations carried out by the Iraqi armed forces in the Diyala governorate are under the direct supervision of the Commander-in-Chief of the Armed Forces.

Allawi told Asharq Al-Awsat that the security operations come after the desperate attempts of ISIS remnants to attack the armed forces on the border.

He said the purpose of these operations is to dry up the sources of terrorism. They also aim to reduce the terrorists’ ability to carry out attacks that undermine the security and civil peace in Diyala Governorate and affect the security and stability in the country as a whole.

Allawi stressed that the armed forces are capable of imposing stability and security due to the direct and field follow-up by the Commander-in-Chief and the training they received.