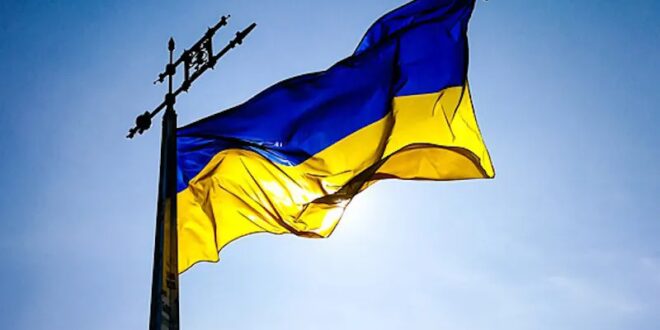 Why Die For Ukraine? – OpEd

You would think that the problems facing the United States would be enough for brain-dead Biden. With massive inflation, the economy is teetering on the brink of ruin. We face tyrannical control because of harmful vaccine mandates. Bogus propaganda about “climate change” threatens to cripple American industry. The government seeks to monitor all our financial transactions. We threaten China with a new Cold War. But it isn’t enough. Now Biden wants to ignite a war with Russia that could easily turn nuclear and destroy us.

Why is this happening? Biden says that Putin is about to invade Ukraine. We can’t let this happen because that would be “aggression.” If Putin does invade, we will impose massive sanctions on him. But the neocons who control American foreign policy are the real aggressors. As Larry Johnson says,

The great expert on Russia Stephen Cohen warned us over two years ago that trouble lay in store for us:

If Biden doesn’t want Putin to invade Ukraine, he should remove the NATO bases around Russia and take away the missiles. If he won’t do this, a Russian invasion can still be stopped. All that’s required is that a pro-Russian government take power in Ukraine. This is what Putin wants, but Biden has threatened sanctions against him if he supports this. According to Henry Austin of NBC News, “Britain’s accusation that the Kremlin is seeking to install a pro-Russian regime in Ukraine is ‘deeply concerning,’ a National Security Council spokesperson said. ‘The Ukrainian people have the sovereign right to determine their own future, and we stand with our democratically-elected partners in Ukraine,’ the spokesperson, Emily Horne, said in a statement late Saturday. ’This kind of plotting is deeply concerning,’ she added.”

If Ukraine does get a pro-Russian government, this would not be Russian “aggression.” It would restore the situation in Ukraine before a US-backed coup overthrew a government friendly to Russia. In February 2014, the US pushed out Ukraine president Viktor Yanukovich by orchestrating demonstrations against him. As Eric Zuisse noted in an article in Modern Diplomacy in June 2018,

If the US does become involved in Russia, the result might be nuclear annihilation. Eric Margolis says, “Russia has thousands of nuclear weapons pointed at the US and its allies. No one in their right mind should contemplate a nuclear confrontation. Russia has repeatedly made clear that if backed into a corner, it may well use tactical nuclear weapons.”

The saddest part of this whole manufactured crisis is that it should make absolutely no difference to us whether Russia controls Ukraine. How is that a threat to the United States? Whatever Biden and his neocon advisers say, America should stay out of conflicts that are none of our business. As usual, Murray Rothbard put it best. “In the context of the 1980 Afghan war, he quoted Canon Sydney Smith—a great classical liberal in early 19th century England who wrote to his warmongering Prime Minister, thus”: