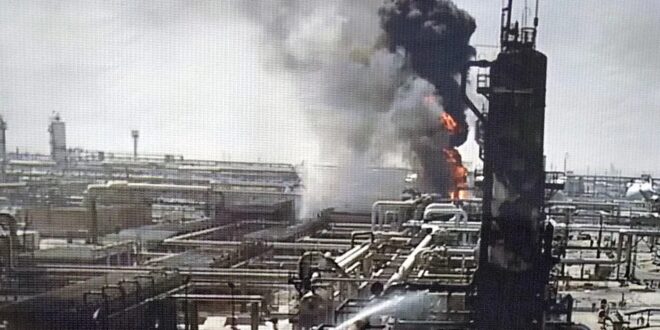 Lessons from the Houthi Missile Attacks on the UAE

The recent attacks by Yemen’s Houthis on the UAE demonstrate both the strengths and weaknesses of long-range strike capabilities as tools of proxy war.

Over the past weeks, the Houthi rebels in Yemen have conducted three long-range strikes on the UAE, which involved attacks using the Zulfiqar ballistic missile and a UAV strike on Abu Dhabi’s airport. The strikes, part of a wider Houthi campaign against its opponents, show the extent and sophistication of Iranian efforts to proliferate the precision strike capabilities of the Islamic Revolutionary Guard Corps (IRGC) to Iran’s regional proxies, which include the Houthis. However, they also demonstrate the limitations of at least some of these capabilities in low-intensity proxy warfare, and hint at which precision strike assets will deserve priority in future proxy conflicts.

Exporting Ballistic Missiles to Proxies: Not Worth the Cost?

While estimates differ, most sources suggest that Saudi Patriot batteries have been increasingly effective in intercepting Houthi ballistic missiles. As the more capable THAAD system, already deployed in the UAE, becomes more widely used in the region, this imbalance between expenditure and effect will likely become steeper. The relative ineffectiveness of ballistic missiles when used in small numbers by regional proxies or smaller powers is something that can be observed in conflicts beyond the region as well. For example, during the Nagorno Karabakh war, Azerbaijani missile defences, based around the Israeli Barak-8 interceptor and the Green Pine radar, intercepted an Armenian Iskander-E over Baku.

This reflects the fact that short- and medium-range ballistic missiles – at least when used in small numbers – represent a relatively easy target to intercept. They follow set parabolic trajectories at altitudes sufficiently high to enable early warning and tracking, and therefore present capable air and missile defence networks with a relatively simple challenge. Larger, more sophisticated actors such as China’s strategic rocket forces can derive tactical utility from ballistic missiles by firing coordinated salvos en masse, and using them in tandem with other assets such as cruise missiles. For smaller actors, however, achieving comparable levels of mass and sophistication is unlikely.

It is, then, worth considering that the export of ballistic missiles to proxies costs patrons more than it offers. Because it is not viable to ship large ballistic missiles to Yemen whole, Iran’s IRGC has had to ship components in parts and oversee the creation of an indigenous capacity to assemble these missiles. The cost of generating these capabilities has arguably not been matched by their effectiveness. Given their resource limitations and inability to coordinate massed salvos, smaller actors are limited to using ballistic missiles in smaller raids, which regional air and missile defence systems are increasingly well suited to countering.

This is not necessarily to say that exporting ballistic missiles to proxies or smaller states has no strategic value. For example, the possession of ballistic missiles by a proxy may force an opponent to employ its defences in a manner that facilitates a direct attack by the patron state itself. This diversionary role was on display during the 2019 attacks on the Saudi oil refineries at Abqaiq and Khurais (though these did not employ ballistic missiles). Part of the reason for the failure of Saudi air defences is that most Saudi Patriot batteries were deployed to meet a Houthi threat from the south, rather than a direct Iranian attack. However, on balance, it is likely that the costs of generating an indigenous ballistic missile capability and their limited tactical utility will restrict the extent to which these assets are used as tools of proxy warfare.

By contrast, slower air-breathing targets such as cruise missiles and UAVs have proven more effective in the Houthis’ missile campaign. Their Quds-1 cruise missile has been used to good effect against targets like Saudi Arabia’s power station at Jizan and airport at Abha. Similarly, the insurgents’ sole tactical success of the week – their strike against Abu Dhabi airport – involved a Samad-3 UAV.

Low-flying targets, particularly UAVs, are a challenge for air defences for a number of reasons. They typically have low cross sections, are difficult for radar to distinguish from stationary clutter, and can travel on a number of trajectories. Their inherent unpredictability is coupled with low flight altitudes that place them below most radar horizons for large parts of their trajectories and the ability to seek cover behind terrain such as valleys or hills, which allows them to limit defenders’ warning times.

The two capabilities can also be used in tandem, with one acting as a decoy for the other. This was the case in the attacks on Abqaiq and Khurais. UAVs, in particular, also enjoy the advantage of a substantial cost asymmetry – their manufacture often costs a miniscule fraction of the interceptors used to engage them, making it viable to use UAVs to force a defender to expend their interceptors in a given sector ahead of a cruise missile strike.

While the smaller payloads carried on UAVs have typically been viewed as a major limitation (one that is less of an issue for cruise missiles), the recent attacks illustrate how this limitation can be overcome, at least when targeting civilian populations. The Houthi UAV caused substantial damage by igniting fuel stockpiles at Abu Dhabi airport, which acted as a prepositioned payload. Moving forward, it is likely that insurgents and proxies launching small-scale attacks on urban nodes will recognise that their primary objective is what some analysts dub ‘bringing the detonator’. This approach recognises that modern urban nodes are, by their nature, tinderboxes given the relatively volatile substances that flow through them to sustain urban life. The payloads needed to cause casualties are, then, prepositioned and only need ignition. Fuel represents an obvious example, but it is far from the only one. One might consider, for example, the tragic blast in Beirut which was caused by the ignition of ammonium nitrate stocked in the city’s harbour. Though not a military event, it is illustrative of the sort of systemic vulnerability that can be exploited using strike capabilities with very limited payloads. Moreover, the payloads carried on relatively small assets could become more potent over the coming decades, as new forms of explosives are utilised. Experimentation on nano-aluminium, for example, suggests that it burns at several times the rate of TNT, meaning that its widespread use could see an increase in the lethality of even relatively small warheads.

Finally, both UAVs and cruise missiles are significantly easier to export and manufacture than ballistic missiles – with the former enjoying a particular advantage in this regard. The likely lesson derived for the patrons of insurgent forces from the Houthi missile campaign, then, will be to emphasise the export of slower low-flying assets.

If a focus on exporting non-ballistic capabilities is the likely direction of travel in future conflicts where a patron state supports an insurgency with precision strike assets, this creates new priorities for defenders. Neither UAVs not cruise missiles are invulnerable, and the former can be engaged at reasonable costs using soft kill capabilities such as electronic warfare assets and high-power microwave systems, among others. In the medium term, laser-based counter-UAV systems may also become viable.

However, most of these capabilities are fairly short ranged and can only protect a limited area in their immediate vicinity. The inability to protect everything from proliferating low-flying threats will necessitate preplanning to prioritise certain assets for inclusion in critical and defended asset lists. This will need to be conducted with a focus on targets which provide pre-existing options to an opponent adopting a ‘bring the detonator’ tactical approach.

The picture that emerges for defenders is a mixed one. On the one hand, it appears that missile defence both in the Gulf and elsewhere is increasingly capable of meeting the ballistic missile threat, to a degree that may make the export of ballistic missiles to proxies more costly than it is worth. On the other hand, patron states’ approaches to equipping their proxies will, unsurprisingly, evolve. The success of UAVs and cruise missiles in the hands of the Houthis suggests that capabilities that are cheaper and easier to export to proxies may in fact deliver more value as a tool of proxy warfare than ballistic missiles ever did.

Post Views: 140
Previous Russia Will Not Stop at Ukraine
Next To Brief, Or Not to Brief: UK Intelligence and Public Disclosure