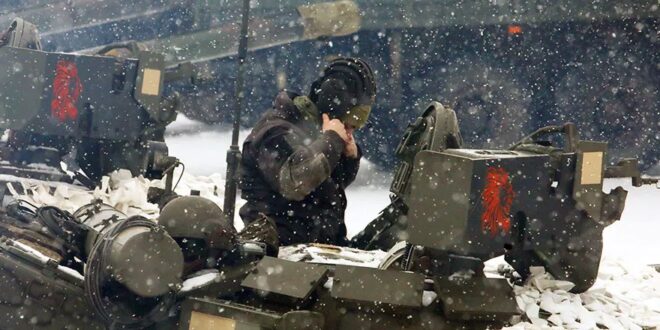 Putin has Put Ukraine on the Horns of a Dilemma

Our researchers, currently on the ground in Ukraine, report on a country that finds itself caught between the threat of invasion and economic ruin; to avoid either, it needs international support.

After eight years of war, Ukraine is surrounded by a massive Russian build-up of forces on its borders. Russia has the combat power to seize the country, but likely sees doing so as a sub-optimal course of action. If Russia invades it will face an international backlash and be left seeking to govern a virulently hostile population. Moscow would prefer that the Ukrainian state collapsed, to make way for a government in Kyiv that would accommodate Russian interests. Preventing this from happening requires that the Ukrainian government reconciles two conflicting imperatives: deterrence and stability.­­­

If Russia decides to seize Ukraine, its attack will be multifaceted. Cyber attacks and sabotage will target economic and communications infrastructure. Agents provocateurs will begin causing chaos in the streets. Organised protests will erupt around the country. Ukrainian civic leaders deemed hostile to Russia will be assassinated. Internet access will likely be suppressed or corrupted, while false information will flood across the airwaves to spread panic and paralysis.

At the same time, Russia has the capacity to conduct an extensive precision strike campaign against Ukrainian military installations using ballistic and cruise missiles and overwhelming airpower. This could suppress Ukrainian air defences, allowing for aviation assaults to seize key bridges, road junctions and critical infrastructure. The capture of these points would pave the way for rapid armoured thrusts with the use of massive artillery strikes to break up defensive strongpoints, and the isolation of key urban centres.

The limited level of foreign support so far received by Kyiv has not pre-empted such a possibility. Ukraine’s international partners promised to provide material support in the event of a crisis, but now that the crisis has come, few countries have delivered. Since most military aid will be ineffective unless delivered over an extended period to allow the Ukrainian military the time to integrate it into their force, the available options narrow as the timeframes shorten. Support has ranged from the provision of anti-tank weapons to the token donation of helmets and body armour. Regardless of the sincerity and generosity of these measures, the optics of support and solidarity are marred by their lack of scale.

Nevertheless, deterring a Russian conventional offensive is not about being able to defeat the Russian military. What Ukraine would need to demonstrate is that even when isolated and having taken heavy casualties, its people will not negotiate to become a vassal state. Ukraine would need to demonstrate that urban centres will resist, and that Russia can only bring about a military victory through protracted fighting in which it would take heavy casualties. If Putin cannot achieve a rapid victory, committing to war would be exceedingly risky. To achieve this, Ukraine would need to mobilise and prepare for war, fortifying its towns.

Taking a Sickle to the Economy

On the streets of Kyiv, however, there is little sign of alarm and very little by way of preparation. The reason for this is straightforward. If Ukraine mobilises, its economy will grind to a halt. Over the last few years, the country has already suffered from inflation, emigration and low growth punctuated by severe contraction due to the war and the coronavirus pandemic.

Foreign businesses wishing to expand their operations in Ukraine and investors seeking opportunities are already being deterred by the spectre of war. Statements on the gravity of the situation by Ukraine’s international partners, intended as an indication that they are taking the threat posed by Russia seriously, also inadvertently exacerbate this business uncertainty. This has led the government of President Volodymir Zelenskiy to call for calm, though in doing so it has highlighted a fracture between the Ukrainian government and its partners, whose solidarity is critical to deterrence. For President Zelenskiy to change course and order a full military mobilisation, he would have to accept investments drying up and inflation rising even further.

If Russia were to simply prolong the deployment of troops on Ukraine’s borders, Ukraine could not keep up such a posture. At best, it would eventually be forced to demobilise and suffer a weakening of its economy and societal resilience, while Russia would continue to pose a military threat. At worst, Ukraine could see its foreign currency reserves run out and domestic confidence in the government collapse. Moreover, Western leaders who have been warning of an imminent war would be discredited by the failure of the predicted conflict to materialise, and the interests of Western publics would move on.

It is precisely under these conditions – impoverished and isolated – that Russia would offer Ukraine a supposed ‘way out’. Through its allies in Ukrainian politics, solutions would be proposed, such as the federalisation of Ukraine, which would give Russia a veto over Ukrainian policy while the country retained the façade of independence. With an exhausted population and pressure from the West to reach a diplomatic settlement, the Ukrainian government would find itself under immense pressure to come to terms. Yet those terms would put the country on the same path as Belarus or Kazakhstan, either subject to a steady takeover by Moscow, or with its independent choices heavily circumscribed.

And so, the Ukrainian government is trapped between the measures necessary to deter a Russian military invasion, and staving off a gradual strangulation of its independence through economic exhaustion and political infiltration. The means of achieving the first objective would make the second threat more acute. In the long run, Ukraine must ensure it has the economic stability to keep up the fight, even if pursuing this priority exacerbates the immediate risk of a Russian attack.

What is to be Done?

NATO, the EU and other democratic states have been emphatic that they stand for an international rules-based order. Territorial integrity stands at the heart of that order, and in Ukraine its relevance is being put to the test. Deterrence can be reinforced through giving the Ukrainian military simple but effective weaponry at scale. But if that equipment is to be useful, it must be accompanied by the economic support to make resistance sustainable. Despite their lofty language, Western states’ engagement with Ukraine has been erratic and divided. But through the coordination of efforts, it is possible to provide complementary support between those willing to supply lethal and non-lethal aid.

Ukraine does not expect NATO forces to fight for its independence. It is not a member of the Alliance. But if Ukraine is to fight for itself, then it must be safeguarded from the economic and political pressure that risks undermining its ability to fight.

Countries in Western Europe that have proven unwilling to provide lethal aid would therefore be far better served offering economic loans, safeguarding investments and stabilising Ukraine’s currency. There is also a need for a unified effort in supporting Ukraine to stave off the infiltration of its institutions and the corruption of its officials.

Finally, there must be unity in preventing Russia from offering a short-term relaxation of tensions in exchange for Kyiv’s giving up the assurance of its sovereignty.­­

Post Views: 115
Previous Crisis over Ukraine and European Security
Next Russia Will Not Stop at Ukraine