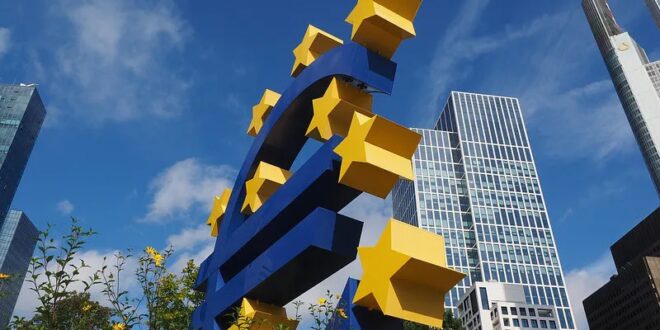 Yearly inflation was at 5.1% in January 2022, up from 5% in December, which is higher than previous ECB forecasts. The price rise is mainly due to skyrocketing energy prices and supply chain bottlenecks.

Appearing before the economics committee of the European Parliament for the quarterly monetary dialogue between the ECB and the parliament, Lagarde said that inflation had “surprised on the upside,” and that the direct impact of energy prices “accounted for over half of headline inflation in January.”

“Energy costs are also pushing up prices across many sectors,” she added.

Nevertheless, Lagarde argued, inflation expectations were still at 2% in the medium term, which is consistent with the ECB target.

Criticism from the right

Several politicians from the centre-right criticised Lagarde for the high inflation figures.

Markus Ferber from the European People’s Party, pointed out that, in contrast to some months ago, inflation could not be explained by statistical anomalies anymore.

“Why does the ECB’s opinion not change, given that the facts have changed?” he asked.

The Dutch conservative Michiel Hoogeveen, meanwhile, blamed the inflation on government spending and on the central bank’s policies.

“How far does inflation have to rise until the ECB starts hiking interest rates?” he asked.

Lagarde dismissed the criticism by referring to the very limited influence monetary policy can have on energy prices.

“I think it is really important to understand what is fuelling inflation, so that we can also determine what will help in maintaining price stability,” she said.

“Now, if we were to take monetary policy action by way of gradually putting an end to asset purchase prices and rapidly hiking interest rates, would that have an impact on energy prices right away?” Lagarde asked rhetorically, before answering “I don’t think so.”

“Would that suddenly unleash shipping, handling of containers and truck driving? I don’t think so,” she added.

The ECB chief also repeatedly reminded lawmakers of the differences between inflation in the EU and in the US.

Inflation in the EU is much less demand-driven than in the US, where checks handed out to the public substantially increased purchasing power when the production and the delivery of goods was constrained due to the pandemic.

Moreover, wages in the US have risen much faster than in the EU as many US companies have had to offer higher wages when they tried to rehire the staff they had fired in the first months of the pandemic.

Fears of the “spread”

A further concern brought forward by EU lawmakers was the question of bond spreads, the difference in prices that different EU member states have to pay for their respective public debts. Spreads are usually interpreted as a sign of the relative investor confidence in different government bonds or in the ECB’s commitment to back them. The bigger the spread grows, the more difficult it becomes for highly indebted countries like Italy or Greece to finance their debts.

Recently, the spreads have started to rise again, prompting both the liberal Luis Garicano, the socialist Aurore Lalucq, as well as the green Bas Eickhout to ask the ECB chief to clarify the bank’s position on the topic.

Lagarde answered cautiously, but reassured MEPs that the ECB would use any tool and instrument to make sure that its monetary policy is properly transmitted throughout the whole euro area.