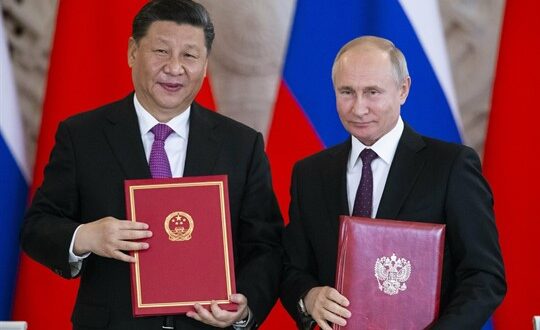 With the Winter Olympics now underway, all eyes are fixed on the competing athletes as they take to the ice and snow. But amid the dazzling displays of athletic prowess, significant developments have simultaneously taken place on the diplomatic sidelines of the Games.

Russian President Vladimir Putin, who arrived in Beijing last Friday ahead of the opening ceremony of the Winter Games, met his Chinese counterpart, Xi Jinping, marking their first in-person encounter in two years, ostensibly due to Xi’s self-imposed travel restriction amid the coronavirus pandemic. The talks, described by Chinese Vice Foreign Minister Le Yucheng as “very successful,”ended with a joint statement and a series of agreements to deepen cooperation in the areas of sports, energy, commerce and trade, signifying a potential convergence between China and Russia amid tensions with the United States and Europe