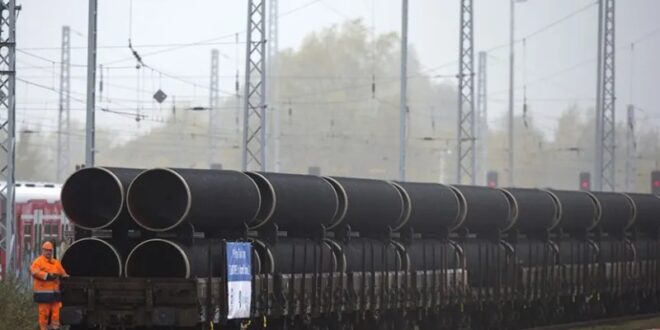 Among EU countries, perhaps no issue is as divisive as “energy policy”. In Europe, every country now has its own strategy for fossil energy, nuclear energy and renewable energy to meet their national interest. From France, which gets more than 50 percent of its energy from nuclear fission, to Germany, which shuts down its nuclear power plants one after another, rely more and more on energy imported from Russia, contrary to the interest of other allies.

The Americans are also pressuring Europe and Germany to buy the liquefied natural gas from the United States instead of becoming increasingly dependent on energy imported from Russia. Nonetheless, the Europe‘s dependence on imported energy is a major strategic problem that is exacerbated by a lack of coordination and diversified energy policies, and occasionally manifests itself as a major crisis in energy supply and rising prices.

Europe had a difficult time in 2006 and 2009, when Russia cut off gas exports to Ukraine for various price or contract reasons at the height of the winter cold. Europe and the United States have always accused Russia of using gas and energy as political weapons.

Now that the Europe-US dispute with Russia over the presence of Russian troops on the Ukrainian border has reached its peak, uncertainty and gas shortages are pressuring Europeans more than ever, and Europe is relying on ” weather conditions” and “Putin’s will” for this winter; both of which are unpredictable.

The fact is that European energy decision-makers, with erroneous and contradictory policies regarding energy supply and neglect of timely storage, have brought about this crisis for European countries. More than 50 percent of the storage capacity has been used which is 15 percent lower than the average of ten years ago.

On the other hand, given the removal of Covid 19 restrictions and the revival of economies, global demand for oil and gas has increased. As a result, natuaral gas price has dramatically increased in the last four months. This unprecedented event has severely affected the budgets of low- and middle-income European households and might have dangerous social consequences. Rising gas prices have even led some European industries to cut production or temporarily shut down factories.

People around the world have realized that the world’s heavy dependence on natural gas is unavoidable and that natural gas will be irreplaceable for years to come. Countries such as China and Japan, which, like Europe, are among the largest consumers of gas, have conserved their energy resources for the winter. On the contrary, Europeans not only have not conserved their energy resources, they have used more than half of them and initiated the process of changing their energy sources.

The production of this type of energy is also unstable and uncertain. Last year, for example, unfavorable weather conditions and decrease of winds suddenly led to a sharp drop in wind and solar power generation in Europe. Power plant repairs have further exacerbated the situation and France, for example, have had to shut down many nuclear power plants reducing the country’s nuclear power generation by 30 percent in January this year.

The increase in liquefied natural gas imports from the United States with huge transportation expenses has only partially covered Europe’s growing needs. Despite the fact that about half of all US liquefied natural gas is currently exported to Europe, its gas exports to the Green Continent reached a historic record last December with more than 7 million tons.

The European Commission, ignoring the realities of today’s energy challenges and warnings, last summer introduced an ambitious plan to decrease fossil fuel consumption 55 percent by 2030 without providing safe and sustainable alternatives. Now that European countries are facing a crisis and rising gas and gasoline prices and growing public discontent, they do not seem to have found anyother way but to blame Russia for the lack of gas supply and rising prices. These misleading accusations have, of course, been heard at the height of the Russian-Western conflict over Ukraine.

It is quite true that Russia is using energy leverage to put pressure on Europe and the European Union due to their sanctions after the occupation of Crimea, but for geoeconomic reasons Russia does not want to accept this accusation. Russia denies these allegations and asserts that under pressure from the United States, the Europeans are refusing to enter into stable, long-term, and secure contracts with Russia, and are pursuing a long-term strategy to cut ties with Russia’s energy resources altogether.

Russia even exported about 20 percent more natural gas to Europe in 2021 than the year before, which was even higher than the contracted amount for emergency aid to Europe. Russia accuses Europeans of coveting the idea of further falling gas prices last spring and refusing to replenish their reserves while prices were low. As a result, European officials now have to turn to monopoly markets, such as energy brokers in London and Wall Street which will exponentially increase the prices due to the increase of demand and fills their pockets with European household budgets.

Russia accuses European governments of raising fossil energy taxes as much as they can in the summer in a bid to cut prices, repairing budget deficits and filling their own pockets, but in winter with depleted resources and increase in demands even Russia is facing a challenge. Moscow asserts that anti-Russian energy propaganda is politically motivated, arguing that it has never interrupted Western Europe’s energy needs, even at the height of the Cold War conflict between the Eastern and Western blocs for more than half a century.