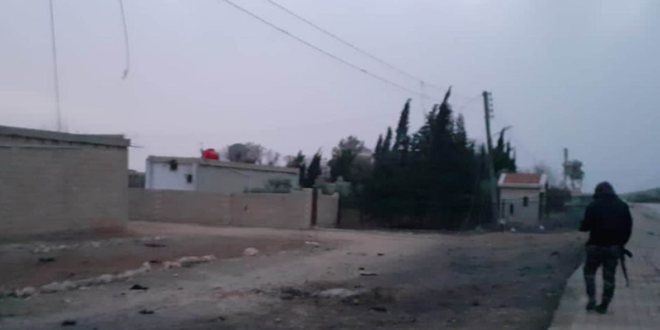 AANES Holds Both Washington and Moscow Responsible for Turkish Escalation

The Interior Board in the Jazira region of the Autonomous Administration of North and East Syria (AANES) condemned, Thursday, the Turkish forces’ frequent attacks on its areas, at the same time holding Washington and Moscow responsible for those attacks.

A Turkish drone bombed a car in the village of Bahira in the western countryside of Amuda, near the Syrian-Turkish border yesterday evening, a child lost his life, and some others were wounded in the bombardment.

“The Turkish state continues its violations against the people and communities of northeast Syria through its daily bombardment of densely populated cities and villages,” the Interior Board said in a statement.

The statement indicated that the Turkish attacks are in full view of the guarantor countries concerned with the ceasefire agreement between the Syrian Democratic Forces (SDF) and Turkey.

The Board held the US and Russia responsible for what the population is exposed to in north and east Syria.

In a relevant story, Russia’s Ambassador to Syria Alexander Yefimov has said that Turkey has not implemented some of its commitments regarding Idleb.

Some of the understandings that were reached were not fully implemented by the other side, referring to Turkey, Yefimov said in a statement to Russian media.

The appropriate work in this context continues with the Turkish partners at several levels and channels of various bodies, he added.

Yefimov pointed out that the agreements on Idleb, which Russia and Turkey concluded in March 2020 during a summit between the two countries in Moscow, made it possible to support the Syrian army in a large part of the region with the support of the Russian Air Force.

No agreement cancels the need to continue the fight against terrorism with the return of the aforementioned part under the sovereignty of Damascus, and all attempts to whitewash the terrorists hiding in Idleb and display them as if they are the so-called armed opposition are totally unacceptable, according to Yefimov.