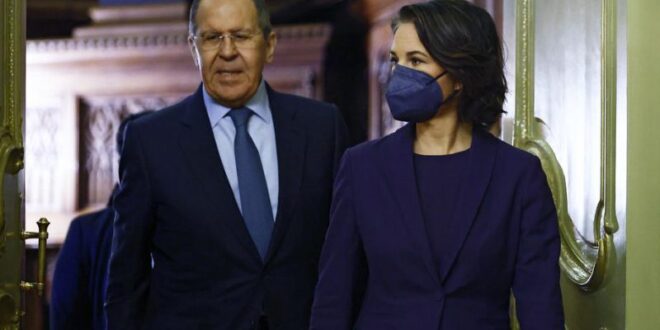 After Germany’s trade volume with Russia rose by more than a third in 2021, businesses have called on the government to maintain good economic relations with President Vladimir Putin.

Easing tensions with Russia would be key to continuing the upward trend in Germany’s Eastern trade, the German Committee on Eastern European Economic Relations – a business organisation that aims to improve the framework conditions in Eastern and Southeastern Europe, Russia and Central Asia – said on Thursday.

“In a huge joint effort, we have managed to limit the economic impact of the corona crisis,” the business organisation’s chairman, Oliver Hermes, said. “Now, we cannot risk this success through political conflict, new sanction spirals or even military adventures,” he added.

Together with Western partners, Germany had vowed to implement decisive economic and financial sanctions against Putin in case of any aggression against Ukraine.

However, Hermes called this approach “irresponsible”, saying that “protectionist measures” would put at risk the “close network of trade and supply relationships that we all benefit from”.

The comments came after the committee had released new data showing that Germany’s trade volume with Russia had risen by more than 34% in 2021, making it Germany’s third-biggest eastern European trading partner, after Poland and the Czech Republic.

At the same time, the committee lauded Foreign Minister Annalena Baerbock for her efforts to establish economic cooperation during her visit to Moscow. “What we need are new perspectives for intensifying our economic relations”, Hermes said.

During her visit to Russia a few weeks back, Baerbock promised a strong reaction to any Russian aggression and stressed the two countries’ shared interest in stable economic and cultural relations.