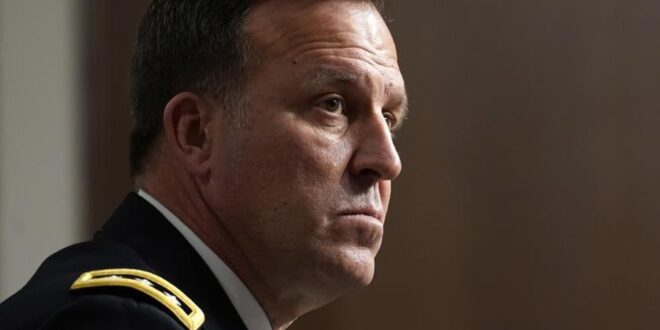 U.S. General Warns of Russia-Ukraine Conflict Spilling Over into Syria

The candidate for commander-in-chief of U.S. forces in the Middle East has warned senators of serious repercussions for the Middle East, particularly Syria, if Russia launches a military operation against Ukraine.

At a Senate Defense Committee hearing on his candidacy, Gen. Michael Eric Corella said that the United States faces a new era of strategic competition with China and Russia that is not limited to a single geographical area. “Since the United States is prioritizing competition with China, we must remain engaged in the Middle East, Central, and South Asia,” Corella said.

Asked about possible repercussions in the Middle East for a potential Russian invasion of Ukraine, Corella said that he believed the conflict could extend to Syria, where Russia already has a military base and troops.

“If Russia invades Ukraine, they won’t hesitate to act as a saboteur in Syria either,” said Corella, who previously served as a deputy in the U.S. Army’s Central Command. He added that the United States does not believe that Russia wants to go to war with the United States, the Associated Press reported.