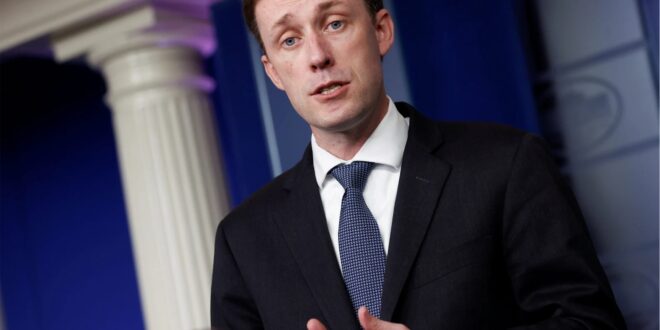 White House national-security adviser Jake Sullivan said Americans should leave Ukraine immediately amid the threat of an imminent Russian invasion, warning that the U.S. military will not be able to evacuate citizens in the event of a war.

“We encourage all American citizens who remain in Ukraine to depart immediately,” Sullivan told reporters at a White House press conference. “We want to be crystal clear on this point. Any American in Ukraine should leave as soon as possible, and in any event in the next 24 to 48 hours.”

Sullivan said any Americans that remain will not be evacuated, explaining that “the president will not be putting the lives of our men and women in uniform at risk by sending them into a war zone to rescue people who could have left now, but chose not to.”

Regarding the potential invasion itself, Sullivan said “there are very real possibilities that it will involve the seizure of a significant amount of territory in Ukraine and the seizure of major cities, including the capital city [Kyiv].”

Earlier on Friday, Secretary of State Antony Blinken said an invasion could take place during the Olympics.

“As we’ve said before, we’re in a window when an invasion could begin at any time — and to be clear that includes during the Olympics,” Blinken told reporters in Melbourne, Australia.

Russia has moved over 100,000 troops to the Ukrainian border in recent weeks, and stationed missile batteries and fighter jets in neighboring Belarus while denying that it plans to invade Ukraine.

Post Views: 148
Previous The Day After Russia Attacks
Next US raid raises questions on Turkey’s commitment vs. Islamic State