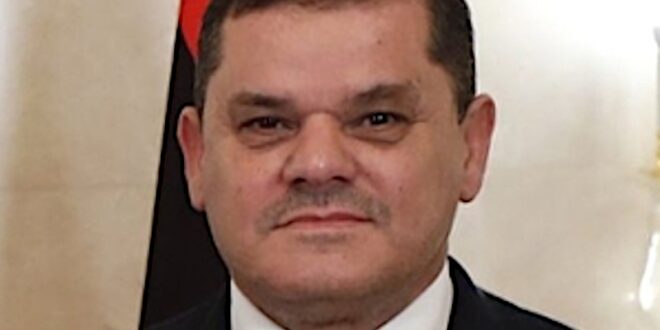 Dbeibah Trying To Take Libya By Force: What Will Happen Next?

Libya’s political jostling is intensifying as the parliament prepares to announce a new Prime Minister. Despite the incumbent Abdul Hamid Dbeibeh’s refusal to step down has pushed ahead with plans to again extend a transitional period and delay any elections. In addition, the maneuvering comes after December’s collapse of a planned election that was the centerpiece of the peace for the country; at the same time the rival factions now competing over control of the government.

The crisis escalated the differences between the factions and government bodies after the arrival of the Libyan Prime Minister-designate from the House of Representatives, Fathi Bashagha, the new government, and the formation of his government within 15 days.

Parliament voted to approve a “road map” under which it would choose a new interim government, and work with another institution, the Supreme Council of State, to rewrite an interim constitution and postpone the elections until the next year 2023, nearly 3 million Libyans registered their names to vote in the elections choose their leaders.

There is another interference from neighboring countries that have common interests, such as Egypt, which follows up on developments in the situation in Libya, and believes that the course of settling the Libyan crisis remains in the hands of the Libyan people alone, without interference or external dictates, valuing in this context the role of Libyan institutions and the assumption of their responsibilities, including what they have taken.

And that Egypt continues to support the efforts of the 5 + 5 Joint Military Committee aimed at implementing the outcomes of the Paris summit, the Berlin process, and Security Council resolutions regarding the exit of all foreign forces, foreign fighters, and mercenaries from Libya, but this will require efforts, and within a specific time frame that must be started, In addition to controlling the internal situation, preparing the atmosphere for holding elections, implementing all the requirements of the road map, and not being deceived by any calls to resort to violence or force to spoil the current political efforts.

Turkey is also playing a strong role now by reopening the Turkish Consulate General in Benghazi and strengthening the economy through the exchange of goods, which will contribute to the development of Libya and reduce import costs, according to the expression. Also, total exports to Libya increased by 64.9% during 2021 compared to 2019 and 2018, the volume of Turkish exports to Libya are $1.7 billion and $2.1 billion, as the value of Turkish exports to the region amounted to $2.443 billion, and he said that this value will rise after the restoration of friendly relations with the Libyan east. The development of unfinished Turkish economic projects in the region as soon as possible through its port, airports, and some university buildings are also included in the framework of these projects

Turkey also hoped that the Libyan House of Representatives would approve the country’s budget, as its exports to Libya would then exceed the $3 billion barriers in 2021. Turkey is also continuing initiatives to establish an international logistics base in Libya to expand north to Europe and south to Africa. Libya, with its 1,770 km coastline on the Mediterranean, is a transit center to Europe, and a gateway to Africa through which Turkish businessmen can easily increase their exports to the continent. Through this, Turkey’s exports will be able to reach Libya within only 4 days, which provides an advantage for Turkish manufacturers and exporters.

According to that, it is possible that the postponement of the elections was due to the desire of the interim Prime Minister Abdel Hamid Dabaiba to stay, but the Libyan parliament moved to oust him, who had promised not to use his position for political progress and confirmed the news of his assassination attempt a day after pledging not to cede power to any new government without National elections. The emergence of this is based on the support of external power and the conclusion of deals with foreign powers for economic projects. He enjoys a great deal of control over government spending, which angers many of Dabaiba’s competitors

Now, Prime Minister Dabaiba has undoubtedly emerged as a major threat to the ambitions of the leaders of the other major factions in Libya during his time in office. He is now a force that wants to stay in power, not hand power to new candidates.

Among the losing candidates are Parliament Speaker Aguila Saleh, who led the campaign to oust Dabaiba, and the candidate is likely to be chosen by the House of Representatives for prime minister. If Dabaiba continues to refuse to step down, Libya may once again have two governments – one under his leadership in Tripoli, no Still recognized by the United Nations and Western countries, and others appointed by Parliament in the East.Now, in the coming weeks and months of negotiations, Prime Minister Dabaiba ability to reconcile the complex alliances and enmities that will ultimately determine who holds power in Libya

Post Views: 132
Previous NATO Secretary General Praises Transatlantic Unity To Protect Black Sea Region
Next The War Party Wants A New Cold War, And The Money That Comes With It