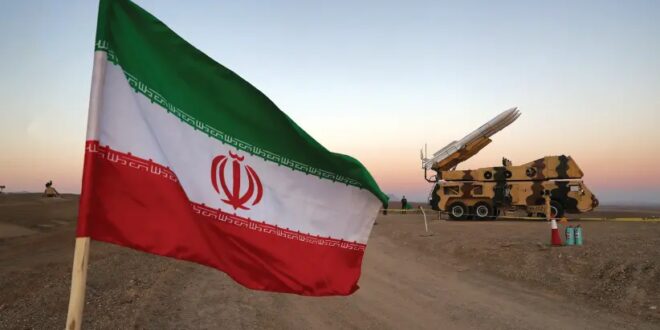 Russia-Ukraine is important, but Iran is greater danger – Lindsey Graham

‘I guarantee you the Jewish people can’t live with a nuclear Iran. One Holocaust was enough,’ US senator tells reporters.

Russia seemingly being on the cusp of invading Ukraine and China’s behavior toward Taiwan are “important, consequential moments in history,” he said in a press briefing. “But the one we’re not talking about enough is even more consequential: that the Iranians break out and acquire nuclear capability… Russia and Ukraine are important, but this is the game-changer of all game-changers.”

“Russia and China are rational actors, even though their behavior is thuggish,” he added. “Iran is a theocracy motivated by religion that compels them to purify their faith and have the world submit. The Nazis wanted a master race, and the Iranians want a master religion. People like that cannot be ignored.”

Iran reaching nuclear breakout would lead to a chain of events, including Sunni Arab states developing their own nuclear weapons, Graham said.

“That’s not a conjecture; that’s a fact,” he said. “All you need to do is ask the Sunni Arabs, and they’ll tell you.”
Graham said he had “no doubt that Israel will do what she has to, and that would be to launch an attack to stop the Iranian theocracy from attaining a nuclear capability.”

Graham pushed back against those arguing it is possible to live with a nuclear Iran.

“I guarantee you the Jewish people can’t live that way,” he said. “One Holocaust was enough. There will be war. Why can’t Iran have nuclear weapons? Because Israelis say, ‘Never again.’”

Graham was in Israel, the country with “the best knowledge and the most skin in the game” when it comes to Iran, to meet with Prime Minister Naftali Bennett, Foreign Minister Yair Lapid and Defense Minister Benny Gantz. He was also briefed by the Mossad and met with opposition leader Benjamin Netanyahu.

“I came away very concerned that without some intervention, some course change, [the world is] putting Israel in a very bad spot,” Graham said. He said the terms of the new Iran deal being negotiated in Vienna, on which he has been briefed, are “very unnerving.”

Graham sought to find common ground between Israel and the US on how much Iran’s nuclear program should be restricted.

“Israelis say a nuclear-capable Iran is a nonstarter,” he said. “America says we would deny Iran a weapon. I’m in the capability camp. I’m going to flesh out that capability.”

Nuclear-capable would mean that Iran has enough enriched uranium for a weapon. The 2015 Joint Comprehensive Plan of Action sought to keep Iran a year away from that point, but sources in Washington and Jerusalem say the renewed deal would likely put Tehran less than half that time from breakout. For Iran to have a usable nuclear bomb, it would then have to weaponize that stockpile and have a delivery system for it.

Graham said: “I’ve been talking to the Israeli government about their view of red lines, what things about the missile program and a nonstarter, When do we weigh in about enrichment to the point that all bets are off? What point would suggest to you that weaponization is afoot?”

He said he plans to go back to Washington and work on a bipartisan agreement about “articulating what red lines would look like to provide clarity to avoid a conflict that would be bad for the region and bad for the world – but is inevitable if something doesn’t change.”

Asked whether leaving the JCPOA was a mistake, Graham said it was not, but the mistake was that the JCPOA allowed Iran to enrich uranium.

“Why you would allow the largest state sponsor of terror in the world to have a robust enrichment program, I don’t know,” he said.

“Weaponization is a fairly complex endeavor,” he added. “A lot of Iranian scientists have had a lot of accidents, and we would expect more accidents to come. Having said that, if the Iranian regime sees nuclear weapons as an insurance policy for survivability, it will suffer a lot to get there. What they won’t suffer is the destruction of the regime.”

Graham estimated that there would be 70 votes against a “JCPOA 2.0.” A vote should be held so that the Senate, as elected representatives of the American people, can have their say about whatever deal is reached, he said, adding that there is bipartisan support for that position.

“If it’s anything like I’ve been told in terms of scope, it will fall far short of the votes necessary to ratify the agreement,” he said. “Consequently, the agreement, if there is one, will have no legal effect beyond the current administration.”

Graham and Sen. Bob Menendez (D-New Jersey) introduced a resolution for the US and other countries to establish an international fuel bank so that the region can have nuclear energy without enriching uranium, something he said France had proposed in the past.

“I’m certain the Iranians will say no because it denies them their true goal, which I think is a nuclear bomb,” Graham said. “But it’s good to find bipartisanship in terms of an alternative.”

“Something Senator McCain taught me is that foreign policy is about outcomes,” he said. “I think Israel would be supportive of working with a bipartisan group in the US to provide clarity to the Iran nuclear program. We will disagree about the JCPOA, but the Biden administration, if they choose, would find a receptive audience among Republicans, including me, to tell the Iranians what they cannot do.”

“This is an opportunity where the Biden administration can do things with Israel and Republicans in Congress and Democrats that would strengthen the Iranian portfolio,” he added.

Graham also advocated for a defense pact between Israel and the US.

“We have a strong, deep relationship with Israel, built on common values and common enemies,” he said. “The question has always been, What would America do in the event of an existential threat to the Israeli people?”

American appreciates Israel being “jealous of its ability to conduct operations independent of a foreign power,” Graham said. Regarding Gantz’s primary concern about a defense pact when Netanyahu proposed it in 2020, he said: “I wouldn’t suggest any defense agreement would restrict Israel’s ability to act on their own against what they see as threats.”

However, a defense agreement could be drawn for very limited circumstances that would send “a clear message that the destruction of the Jewish State means war with the US,” he added.

That would be in US national interests because Israel is “America’s eyes and ears” in the Middle East, Graham said.

“What is missing particularly after [the US withdrawal from] Afghanistan and the breakdown of world order is what do we mean; what are we willing to do,” he said. “When it comes to a theocracy in Iran… the public in America has a real fear of a radical regime like the one that the ayatollah is running having a nuclear capability… Americans are more willing to have Israel’s back because we are talking about a game-changing event.”

Regarding Ukraine, Graham said he did not know what will happen, but he thinks it is likely that Russian President Vladimir Putin will “expand his footprint to weaken Ukraine as a democracy, instead of taking the whole country down.”

“Our reaction to what [Putin] does will have a lot of say about what he does,” Graham said. “We have been trying to pass sanctions for weeks, but every time they come up, the administration pushes back. Their view is that pre-invasion sanctions would be provocative. My view is: How much more provocative can they be? They should pay a price for that. You should pay a price in 2022 for militarizing a border, threatening to destroy a democracy.”

Post Views: 123
Previous Israel’s Herzog leads rapprochement with Turkey
Next What can the IDF learn from the Russia-Ukraine crisis?