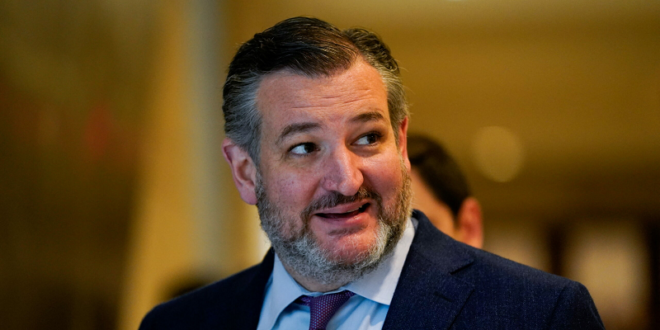 An analysis of FARA filings shows they contacted members of Congress and others over 10,000 times.

As tensions with Russia reach a boiling point, lobbyists from Ukraine are working feverishly to shape the U.S. response. Firms working for Ukrainian interests have inundated congressional offices, think tanks, and journalists with more than 10,000 messages and meetings in 2021, according to an analysis of Foreign Agents Registration Act, or FARA, filings for a forthcoming report from the Quincy Institute. To put this extraordinary campaign into perspective, the Saudi lobby — known for being one of the largest foreign lobbies in D.C. — reported 2,834 contacts, barely a quarter of what Ukraine’s agents have done.

More specifically, the far-reaching campaign has been focused on stopping the Nord Stream 2 pipeline, which Ukrainian officials argue is as much of a threat to their security as Russian troops. If completed, the pipeline would allow Russia to export natural gas directly to Germany and the rest of Europe, jeopardizing the billions Ukraine currently earns from transiting Russian gas to Europe.

Congress has been the primary target of Ukraine’s agents, with over 300 House and Senate staff and members of Congress on the receiving end of more than 8,000 emails, phone calls, and meetings with Ukraine’s lobbyists. Agents representing the Ukrainian Federation of Employers of the Oil and Gas Industry, or UFEOGI, the largest association of energy companies in Ukraine, have flooded Capitol Hill with headlines like “Ukrainians call on U.S. Senate to sanction Putin’s pipeline weapon,” and others claiming “Moscow regards concessions as a sign of weakness.”

The lobbyists seem to have found a friendly ear in Senate Republicans, in particular Sen. Ted Cruz (R-TX). In January, they distributed a tweet from the prime minister of Ukraine that said Nord Stream 2 is “no less an existential threat to our security & democracy than Russian troops on our border.” The sentiment was echoed, nearly verbatim, two days later by Cruz, who said he was hoping to “lift the existential threat posed by Nord Stream 2.”

In 2021, UFEOGI’s lobbyists also focused intently on senators who co-sponsored 2020 legislation to block completion of the Nord Stream 2 pipeline, including Cruz; John Barrasso (R-Wyo.); Tom Cotton, (R-Ark.); Ron Johnson, (R-Wis.); and Jeanne Shaheen, (D-N.H.). These senators, all members of the Foreign Relations Committee who had previously taken tough stances toward Russia, were contacted at least 100 times in 2021 and, on multiple occasions, staffers met directly with lobbyists.

In early 2022, after Cruz introduced a bill to impose further sanctions on the building of the pipeline, lobbyists worked feverishly in support. When the bill came under fire from the Biden administration, which argued it was “Designed to undermine the unity of our allies, not punish Russia,” Ukraine’s agents quickly responded with a “facts on the ground” brief sent to nearly every Senate Democratic office and half of Senate Republican offices debunking the administration’s talking points.

The brief was distributed on behalf of UEFOGI by Daniel Vajdich, the former senior national security adviser on Cruz’s 2016 presidential campaign and current president of Yorktown Solutions, the lobbying group that represents UFEOGI. Ukraine’s agents at KARV Communications also sent a brief to journalists explaining, “The only message Russia understands is firmness and pressure.” (Disclosure: KARV Communications senior adviser Amir Handjani is a supporter of the Quincy Institute.)

Cruz’s bill received a floor vote but, despite the efforts of Vajdich and other lobbyists, it did not pass. A rival piece of legislation, introduced by Sen. Bob Menendez (D-N.J.), and supported by the Biden administration has a better shot; it also seeks to block completion of the Nord Stream 2 pipeline and has been called the “mother of all sanctions.” Ukraine’s lobbying push on Capitol Hill has been aided by former Menendez staffer, Brittany Beaulieu of Yorktown Solutions, who now represents UFEOGI and the Civil Movement for a Just Ukraine, a nonprofit whose primary goal is “the de-oligarchization of Ukraine.” In her new role lobbying on behalf of Ukraine, Beaulieu has distributed tweets from her old boss on the need for “enhanced security assistance to Ukraine and new sanctions on the Kremlin.”

Yorktown Solutions also distributed a Wall Street Journal editorial board article warning, “a failed sanctions vote would be one more reason for Mr. Putin not to take U.S. sanctions threats seriously,” in reference to the Menendez legislation that would impose sanctions on Russia regardless of whether it invades Ukraine. Reporters with the Wall Street Journal’s newsroom — which operates independently of the editorial board — were contacted on at least 147 occasions throughout 2021, including arranging a meeting with UFEOGI leadership, according to the Quincy Institute’s analysis of FARA filings.

Finally, think tanks were contacted more than 1,100 times by Ukraine’s agents, and more than half of these were directed at one in particular: the Atlantic Council. This extraordinary outreach included multiple meetings with Atlantic Council scholars, like ex-U.S. Ambassador to Ukraine John Herbst, who has advocated for a more militarized approach to Russia amid the Ukraine crisis. Herbst recently told NPR that President Joe Biden should “send more weapons to Ukraine now. By all means, get additional U.S. and NATO forces up along Russia’s border.” Herbst was also at the center of an Atlantic Council kerfuffle last March, when he and 21 other Atlantic Council staff signed a letter opposing the work of two Atlantic Council colleagues who suggested a restraint-based approach to dealing with Russia.

The Atlantic Council has also launched “UkraineAlert” which publishes daily pieces on deterring Russia. A recent article, “Survey: Western public backs stronger support for Ukraine against Russia,” notes the survey in question was commissioned by the Victor Pinchuk Foundation and Yalta European Strategy, which Pinchuk founded; however, the article does not mention that the foundation is a large contributor to the Atlantic Council, donating $250,000-499,000 a year, or that Pinchuk himself — the second wealthiest man in Ukraine — sits on the international advisory board of the Atlantic Council.

After the Atlantic Council, the hawkish Heritage Foundation was the second most contacted think tank by Ukraine’s agents. Heritage has consistently pushed for militarized solutions to the Russia-Ukraine crisis and was contacted 180 times throughout 2021 by Ukraine’s agents. This outreach was targeted at high-level Heritage experts, like Heritage Vice President James Carafano, who has repeatedly belittled U.S. diplomatic efforts related to Ukraine.

The Ukraine lobby amplifies the voices of those pushing for more aggressive U.S. responses to the current crisis, but Ukrainian interests are far from the only players in this behind-the-scenes lobbying battle. The U.S. defense sector, for example, spent more than $117 million on lobbying in 2021. With U.S. weapons manufacturers making billions in arms sales to Ukraine, their CEOs see the turmoil there as a good business opportunity. And, of course, Russian interests are spending exorbitantly on influence operations and lobbying in the U.S. — approximately $182 million since 2016, according to OpenSecrets.