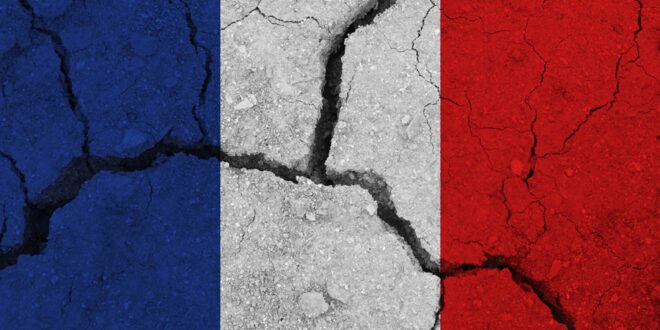 France and its Specter

In any case, Islam, though it has contributed to numerous civilizations, isn’t itself a civilization but a religion. It is the French who, in their universities and such places as the Louvre Museum, bring dozens of different civilizations, cultures and arts under the “Islamic” label. That, in turn, legitimizes those, like the Muslim Brotherhood, the Khomeinists, Boko Haram, Al-Qaeda and ISIS among others, who reduce Islam to a political ideology or even a slogan under which they pursue their quest for power.

Over the past three decades, the French state has granted official recognition to over 3,000 mosques and Islamic associations, enabling them to benefit from tax exemptions and other pecuniary advantages worth billions of euros.

France does have an “Islamic problem”. But it is of its own making….

“A specter is haunting France, the specter of Islam!”

This is the message that, with variations of intonation and nuance, comes from almost all of the dozen or so declared candidates in France’s forthcoming presidential election.

This reminds those of us who witnessed the 20-year-long Brexit saga of the ordeal that Britain went through to end up more divided than ever and less able to deal with the problems that the anti-immigration discourse occulted under a fog of pseudo-nationalism.

In Britain, the anti-immigration slogan targeted citizens of European Union states but, in fact, was aimed at all immigrants and those with foreign descent especially from Africa and South Asia.

More importantly, it tried to hide Britain’s deeper problems such as growing inequality, industrial decline, an education system in crisis, a fragile demography, de-sacralization of political and moral authority, and fissiparous tendencies in parts of the kingdom.

The leading candidate of the French left, Jean-Luc Mélenchon, puts the blame on successive French administrations that have failed to continue with France’s traditional “assimilation” policy. The Socialist candidate Anne Hidalgo claims that Muslims in France are angered at the West’s intervention in such places as Afghanistan, Iraq and West Africa.

The Communist candidate, Fabien Roussel, whose party is now part-financed by Beijing, sees Muslims as victims of French imperialism and the bulk of modern day proletariat.

The soft-right candidate, Valérie Pécresse, puts the blame on “uncontrolled immigration” while the hardline hopefuls such as Marine Le Pen and Éric Zemmour speak of a conspiracy to overwhelm France with Muslim immigrants who will try to turn it into a Shariah-based Islamic emirate. Zemmour calls the alleged conspiracy “The Great Replacement” through which, step by step and chunk of territory after chunk of territory, Muslims will evict and replace non-Muslim Frenchies.

Almost all the candidates say they want to restore the “original” France they claim was a model for all mankind. None, however, defines that original France or the “source” to which they wish to return.

Always colorful in his oratory, Zemmour says he is fed up with kebab and hummus and doesn’t want France to become “a larger Lebanon”. (Incidentally, I think Lebanon wasn’t such a bad experience until Khomeinists came to wreck it!)

Pécresse says Marianne, the female bust that symbolizes the French Republic, doesn’t wear the hijab. But she forgets that if Marianne doesn’t wear it, Madonna does. Le Pen idealizes the France of her childhood, with village churches and fountains in little squares surrounded by flower beds.

Roussel is nostalgic about the “France of solidarity”, which supposedly existed in the 1930s.

None of the candidates seem to realize that the source of the Nile can never be the Nile, a river that is made of thousands of streams, rivulets and rivers that form a state of becoming that manifests itself as a being. France, too, is made of countless ethnic and religious streaks blended together for more than 2,000 years.

Today’s candidates represent echoes of that diversity. Le Pen is of Celtic origin and Hidalgo is Spanish by descent. Zemmour is of Sephardi Jewish origin from North Africa. Mélenchon was born in Tangiers, Morocco.

Pécresse questions that concept by saying that she wants “Frenchmen of the heart, not of paper”, thus ignoring French Cartesianism in favor of down-market mysticism.

Le Pen’s spokesman, Jordan Bardella, speaks of a “clash of civilizations” echoing Zemmour’s assertion that the American political scientist Samuel Huntington theorized decades ago. However, none says which civilization is at war against which.

In any case, Islam, though it has contributed to numerous civilizations, isn’t itself a civilization but a religion. It is the French who, in their universities and such places as the Louvre Museum, bring dozens of different civilizations, cultures and arts under the “Islamic” label. That, in turn, legitimizes those, like the Muslim Brotherhood, the Khomeinists, Boko Haram, Al-Qaeda and ISIS among others, who reduce Islam to a political ideology or even a slogan under which they pursue their quest for power.

For decades, that pursuit has also benefited from the French state’s financial, political and prestige support. It was the Interior Ministry under Nicolas Sarkozy that created the French “Church” of Islam, granting its leadership to the Muslim Brotherhood. Hassan al-Banna’s grandson Tariq Ramadan was “Islamic affairs adviser” to several French governments.

Over the past three decades, the French state has granted official recognition to over 3,000 mosques and Islamic associations, enabling them to benefit from tax exemptions and other pecuniary advantages worth billions of euros.

The state-sanctioned “halal” label alone produces something like $80 million a year for state-endorsed “Islamic” groups that, according to the Interior Ministry, represent less than one percent of France’s estimated seven million citizens of Muslim background.

In the current cultural mood in the West posing as victim could be profitable. This has been dexterously exploited by a whole industry of “social work”, not to say social engineering with the never-defined “Muslim community” as an excuse. Jean-Louis Borloo, who served as Minister in several French cabinets, estimates that, since the 1990’s, the French state has invested over $22 billion in suburbs inhabited by “Muslims”, with no positive impact on living standards or inter-community relations.

The real issue, perhaps, isn’t immigration from Muslim countries — now at its lowest since the 1980s. Of the world’s estimated 1.3 billion Muslims, over a billion live in eight countries: India, Indonesia, Bangladesh, Pakistan, Nigeria, Egypt, Turkey and Iran. With the exception of a few thousand Kurds fleeing Turkey and a few hundred Iranians seeking political asylum, none of those countries are sending any significant number of immigrants to France.

A generation ago, for the well-heeled patrician part of the French intelligentsia, converting to Islam was a conceit in the name of mysticism and Sufism. Writers, publishers, choreographers, university dons and even a Communist Party philosopher, converted to different versions of the faith. In recent years, converting to Islam has become a plebian attempt at self-elevation. A majority of the estimated 5,000 French citizens who joined ISIS, known as “Internet Jihadis”, came from non-Muslim backgrounds or if born in Muslim families knew little about their parental faith.

France does have an “Islamic problem”. But it is of its own making and not due to any mass Muslim immigration, which is not taking place. Philosopher Michel Foucault legitimized Khomeinist terror by describing the seizure of power by mullahs in Tehran as “an explosion of spirituality in public life.”

“Islamologist” Jacques Berque recommended Europeans to “re-read the Quran to find answers to their political problem,” demanding from a religious text something that it cannot offer. Gilles Kepel, once a fashionable “Islam expert” and adviser to President Jacques Chirac, saw the future of Europe in a “return to Andalusia”, where he supposes that people of all faiths lived in peace and harmony under the Muslim Caliph.

The current presidential campaign might have provided an opportunity to recognize that problem in its here-and-now dimensions, not in an imaginary mass “replacement” hell or Andalusian paradise.