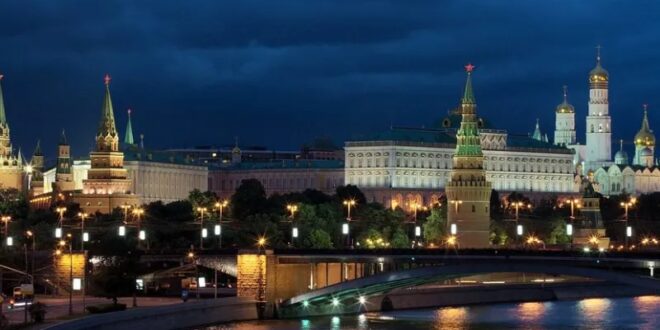 Russian Weakness And The Russian ‘Threat’ To The West

The current advocates for US aggression against Russia would have us believe that Russia is some sort of peer of the United States and of Western Europe.

Tom Rogan at the hawkish Washington Examiner, for example, insists that Russia is a “great power,” presumably comparable to the United States in spite of Russia’s small economy.

Moreover, as Ted Galen Carpenter notes, hawks are fond are speaking of modern Russia as if it were pretty much the same thing as the Soviet Union, a state that was considerably larger and more populous than modern-day Russia. Unlike Russia, the Soviet Union was also founded on a totalitarian ideology.

Older readers might find that sort of thing to be plausible. After all, many people over a certain age are still living in the past, in the days of the Cold War, and still imagine the Soviet Union as it was: a state three times the size of the United States with satellite states that extended well into central Europe.

Even then, though, the old Cold Warriors were wrong when they asserted that there was a “missile gap” with the Soviets, and that the Soviet economy was a juggernaut that rivaled the Western market economies. In fact, the missile gap was a fantasy concocted by hawks, and the Soviet economy was a basket case, although the always-behind-the-curve CIA was convinced otherwise. The interventionists were wrong about the Soviets then, and they’re wrong about Russia today.

First, let’s look at the only one by which the Russian regime might be considered a peer of the US regime: nuclear arms. In his column for the Examiner, Rogan is careful to ignore nearly every actual metric related to Russia’s population or military spending. Rather, he notes exactly one statistic to bolster his case—that the Russian state has thousands of nuclear weapons.

This is true enough, since Russia has about 6,200 warheads while the US has 5,600. Strategically, however, this difference means nothing. Both the US and Russia have nuclear triads and second-strike capability, meaning both countries possess more than enough for deterrence. Moreover, the point at which a nuclear arsenal reaches deterrent capability is closer to “dozens” than “thousands.” The fact that the US and Russia have thousands of warheads is a legacy of Cold War public relations, paranoia, and domestic political pressure to produce larger arsenals. Russia isn’t “more powerful” because it has more warheads. Both the US and Russia are more than capable of destroying the planet many times over. Nuclear arms are defensive weapons and only become a likely threat when the nuclear power in question is backed into a corner. 1

But what about measures of military capability that demonstrate actual offensive “great power” capability?

Certainly, economic and demographic realities are relevant. And if we look at those, Russia is a third-rate power.

For example, in terms of gross domestic product (GDP), in 2020 Russia is far behind the US, the EU, and a hypothetical Germany-France-UK alliance. Russia is even behind Germany alone. Specifically, the US and the EU have GDP totals around $20 trillion each. Germany, France, and the UK have a combined GDP of around $10 trillion, and Germany has a GDP of $4.5 trillion. Russia comes in at 4.3 trillion. In other words, Russia’s economy is only one-fifth the size of the economy in the EU and USA, and less than half the size of Western Europe’s big three combined.

But this tells a very incomplete story of just how far Russia is behind the wealthy West.

Thanks to decades of Soviet socialism, Russia today is much poorer than its supposed “peers” like the US, Germany, and the UK. For example, the GDP per capita in the US is over $63,000 while it is less than half that ($29,800) in Russia. By the same measure, Russia amounts to only two-thirds of the EU total, and only slightly more than half of GDP per capita in Germany.

When we consider both GDP and GDP per capita together, we notice that Russia’s GDP total is driven largely by its large population. That is, at 145 million people, Russia is larger than any other European country. The next largest is Germany with 83 million people. In other words, even with its anemic GDP per capita, Russia’s GDP seems relatively large thanks to the fact a large number of people—people with lackluster incomes and productivity—happen to live there.

But this lack of robust GDP per capita also means that the size of Russia’s GDP actually masks Russia’s very limited conventional war-making capability. This is because Russia’s net resources are relatively low.

As explained by foreign policy scholar Michael Beckley, a look at GDP also has to take into account net resources above and beyond the basic needs of the population. A large population can produce a large GDP, but that population also requires enormous amounts of food, lodging, and energy.

States can only seize so much of this for war making until living standards are reduced to politically unacceptable levels, thus creating a domestic crisis for the regime. Put another way, because Russians live much closer to subsistence levels than Americans or Western Europeans, the ability of the Russian state to devote resources to wars is more limited.

How to measure this? According to Beckley and Klaus Knorr, a plausible and predictive measure of this “disposable surplus” can be measured by “simply multiplying GDP by GDP per capita.”

Once we adjust for the true net availability of resources, we find Russia comes in dead last compared to the larger Western states.

So, given all these limitations, just how much is the Russian regime spending on military capability? Unsurprisingly, it is far, far behind the US in total spending. Russia spent approximately $66 billion on military capability in 2020, compared to $766 billion for the United States. Germany, France, and the UK combined spent more than $150 billion.

In terms of spending as a percentage of GDP, however, the Russian regime spent more than even the US. Russia’s military spending in 2020 equaled 4.3 percent of its GDP, while US spending totaled 3.7 percent. Western European regimes, on the other hand, long accustomed to letting American taxpayers flood North American Treaty Organization (NATO) members with military welfare spending, tend to spend well below 3 percent in military spending.

Specifically, military spending in the UK, France, and Germany are 2.2 percent, 2.1 percent, and 1.4 percent, respectively.

It should be no surprise that we find these countries—being much wealthier than Russia—are not nearly as close as Russia is to hitting the limits of that critical “disposable surplus.” Even if they doubled their current military spending levels, neither Germany nor France would match Russia in terms of the burden military spending puts on domestic resources. (This is all also why the US should massively cut back its own spending in European defense.)

Nor can the Russian regime put its hopes in demographics to provide an edge against the West.

Russia’s fertility rate is similar to that of the EU, which is to say it is among the lowest in the world. It is lower, however, than the fertility rates in Germany, the UK, France, and the US.

At 146 million, the population of Russia is smaller today than it was in 1989—when it was 147 million. Russia’s population is expected to decline even more. Some estimates conclude Russia’s population could fall below 100 million by 2100. This continues a trend that was already in place across the Soviet Union at the time of that state’s collapse. Union-wide population peaked at around 290 million in the late 1980s, and has never recovered.

Like many Western wealthy countries, Russia is facing a demographic problem in which the working-age population will have to work harder to support the economic needs of the elderly who increasingly rely on pensions. But unlike the West, which is already wealthy, Russia—much like China, which faces a similar problem—faces a future in which it will get old before it gets the chance to get rich. And that’s a geopolitical problem for Russia.
Why Russia Matters, Even If It’s Not a First-Rate Power

At this point the reader may be asking himself, “if Russia is so weak, then it will surely be extremely easy to confront Russia in Ukraine and be done with it.”

This, however—even in spite of Russia’s many economic and demographic shortcomings—is not the case.

This is because there is an enormous asymmetry between how the West views Ukraine and how Russia views Ukraine.

In the US—and through most of the West in general—only the most committed hawks view Ukraine as an area of vital interest. In the US, for example, it is difficult to find a political constituency that believes Ukraine is worth the blood of American troops and the costs of a real war in general. The Russians view Ukraine as a matter of absolutely vital interest, much like the US views Mexico—and much like the US viewed of Cuba during the Cuban Missile Crisis. If Ukraine is taken over by anti-Russian forces, this could be seen in Moscow as something very much worth a costly war.

When it comes to Ukraine, the Russian regime could be willing to endure very high costs that the West is not politically prepared to endure. Moscow might be willing to cut deeply into that “disposable surplus” that is necessary for war making. The history of Russia proves nothing over the past 210 years if not that Russian regimes are willing to expose the population to extreme deprivation in pursuit of protecting what they see as vital interests.

This, however, must not be confused with the ability to engage in power projection or an ability to muster up offensive military capabilities. A country with an anemic GDP and declining population doesn’t have these capabilities. Russia is strong enough—but only strong enough—to resist real great powers in defensive wars near its own borders. This, coupled with the fact that backing Moscow into a corner could lead to nuclear war, is all the more reason to avoid misreading the reality of Russia’s offensive capabilities.

All these realities also help explain why relatively weak states like Russia are willing to court crisis even from a weakened position. As Kelly Greenhill and Joshua Shifrinson explain in Foreign Policy this week:

Russia’s actions in Ukraine are not the actions of a strong state with the capability of extending its power over vast new frontiers. Rather, the Ukraine situation is the result of the West’s refusal to take seriously Moscow’s concerns over extending NATO closer to the Russian heartland. The West’s repeated dismissal of Russian concerns has forced the relatively weak Russian state to take greater risks.

This is what is now at work in eastern Ukraine. But none of this means Russia is a great power in the same league with the US, or even with Western Europe.