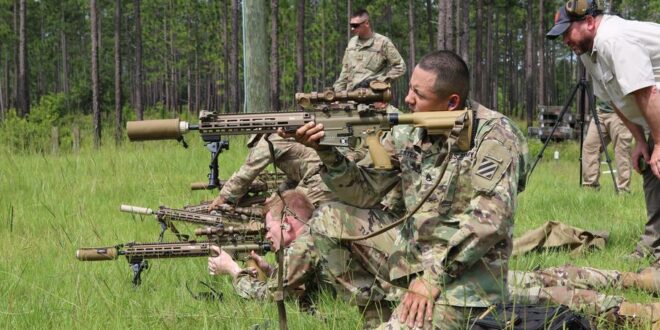 Biden approves additional 7,000 US troops deploy to Europe in wake of Russian invasion of Ukraine

The United States will send an additional 7,000 troops to Europe to bolster NATO defenses, President Joe Biden announced Thursday in the hours after Russia launched an unprovoked “brutal assault” on Ukraine.

Biden announced the latest ordered deployment of American forces from the U.S into Europe in an address from the White House to the U.S. people, in which he labeled Russian President Vladimir Putin a “pariah on the international stage” and announced new sanctions on Russian banks, businesses and elites meant to severely damage the country’s economy as punishment for its invasion of its neighbor to the west.

“There should be no confusion or cover up about what Putin is doing,” Biden said. “Putin is the aggressor. Putin chose this war. And now he and his country will bear the consequences.”

The latest tranche of U.S. forces includes an armored brigade combat team with additional “capabilities and enablers” that will deploy in the coming days to Germany, the Pentagon said after Biden’s remarks. They will join some 7,000 American troops sent in recent weeks into NATO countries, including those neighboring Ukraine, which fear Putin could turn his forces toward them next.

“On the enablers, I would say it’s largely transport and supporting fires, artillery,” a senior defense official told Pentagon reporters Thursday on condition of anonymity.

The bulk of those troops are members of the 1st Armored Brigade Combat Team of the 3rd Infantry Division at Fort Stewart, Ga., an Army official said Thursday. After they reach Germany, they could be repositioned to other locations as needed.

The units and locations of the remaining troops that make up the 7,000 were not identified by the defense official.

However, the official said some were among the 8,500 U.S-based forces on high alert to deploy on short notice to Europe amid the heightening tensions with Russia. Those forces included troops from nearly a dozen military posts, Pentagon officials announced previously. Among them were Fort Bragg, N.C., Fort Hood, Texas, Joint Base Lewis-McChord, Wash., and Fort Carson, Colo., where another armored brigade combat team — the 3rd Brigade of the 4th Infantry Division — was already scheduled to deploy to Europe in the coming weeks on a regular rotation of troops supporting NATO’s Atlantic Resolve training mission.

Earlier Thursday, the Pentagon incorrectly named the 3rd Brigade of the 4th Infantry Division as the unit ordered immediately to Europe, but officials later confirmed the Fort Stewart unit was tasked with the rapid deployment.

“The [1st] Brigade Combat Team that is going could also be used should the [NATO response force] get activated because they will have been pre-positioned,” the official said. “They’re going to deter aggression, reassure rallies and be prepared for other requirements, [so] that could be a requirement that they could fill.”

Biden said at least some of those forces would soon move to Europe, after the alliance earlier Thursday granted U.S. Gen. Tod Wolters, the top NATO and U.S. commander in Europe, the authority to active the NATO response force of some 40,000 troops from multiple countries.

NATO leaders were set to hold an emergency summit on Friday to “map out our next steps” in the alliance’s response to Russia, Biden said, hinting that could include activation of the response force.

The president reiterated his long-held stance that American forces would not enter Ukraine. But, he warned, if Putin’s forces entered a NATO country that the U.S. military would be forced to respond.

“There is no doubt, no doubt that the United States and every NATO ally will meet our Article 5 commitments, which says an attack on one is an attack on all,” Biden said. “It’s a large conflict already [in Ukraine] and the way we’re going to assure it’s not going to spiral into a larger conflict is by providing all the [military] forces needed in Eastern European nations that are members of NATO. NATO is more united than it’s ever been.”

The United States had already sent some 5,000 U.S.-based soldiers — largely from the 82nd and 101st airborne divisions — into Poland, Romania and Germany in recent weeks. The Pentagon on Tuesday ordered a deployment of another 1,000 troops — including a 173rd Airborne Brigade infantry battalion, six F-35 advanced fighter jets and a battalion of 20 AH-64 Apache attack helicopters — from locations elsewhere in Europe to the Baltics countries of Lithuania, Latvia and Estonia.

The Pentagon on Thursday painted a bleak picture of the Russian attack on Ukraine, reporting Putin’s forces appeared to be moving toward Ukraine’s capital Kyiv and other “key population centers” intent on toppling that nation’s western-aligned government. Russia had launched more than 160 missiles into Ukrainian territory and moved its troops into that country from multiple directions as part of an “initial phase of an operation,” a senior Pentagon official told reporters Thursday.

“Our assessment is that [the Russians] have every intention of basically decapitating the government and installing their own method of governance,” said this official, who spoke about the latest events in Ukraine on the condition of anonymity. “We haven’t seen a conventional [military] move like this — nation-state to nation-state — since World War II.”