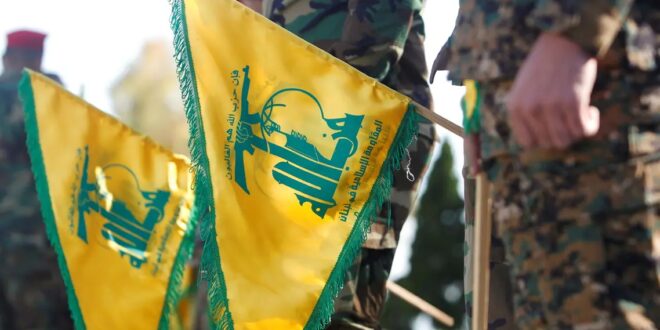 Colombia is tackling the threat of Hezbollah in South America

Questions surrounding Hezbollah’s presence in South America resurfaced when a former Israeli official was the target of an assassination attempt in Colombia in November. In a government report addressed to the government, Israel’s intelligence agency Mossad linked the effort to Hezbollah. It was part of a plot to assassinate “a handful of high-profile foreigners,” including US diplomats.

Bogata is worried about Hezbollah’s presence in neighboring countries, particularly in Venezuela, where the group is said to have strong links to the regime. The group’s ties to the Chavista “leader” are central to terrorism and drug trafficking. Colombia has increased its efforts to curb the Iran-backed militia by escalating its anti-Iran rhetoric and cracking down on Hezbollah operatives. Defense Minister Diego Molano has described Iran as an “enemy” common to Israel and Colombia.

Hezbollah’s presence in Colombia and South America at large is not a new phenomenon, with its pervasiveness to the US and Israeli national security interests long disputed.

One leader to voice concerns was Israeli President Isaac Herzog during Colombian President Ivan Duque’s state visit to Jerusalem in November. Reports revealed that Duque and Bennett discussed the possibility of cooperating on common security challenges, particularly the Iranian threat.

Venezuela remains a haven for terrorists and organizations with political and financial interests in the region, such as Delnoosh and Varamin, a company owned by the Iranian Ministry of Defense and Armed Forces Logistics (MODAFL). US sanctions were enforced on the company for its alleged role in ballistic missile development.

With the UN arms embargo on Iran expired, Caracas and Tehran will sign a 20-year cooperation agreement to expand cooperation. This contract could include exports of a range of military equipment.

Hezbollah has always posed as a terrorist threat in the region. The attacks on the Israeli Embassy in Buenos Aires in 1992 and the 1994 AMIA bombing indicate the group’s work. Together, they left 114 people dead and hundreds more wounded. Despite evidence suggesting Hezbollah’s involvement, no one has been held accountable.

Critics argue that this lack of accountability emboldens Hezbollah allowing it to grow stronger militarily and politically.
The terrorist group has grown powerful in Lebanon since the civil war in 1990, while the international community remains silent. It is now one of the most influential parties in the Lebanese parliament.

Hezbollah’s overseas operations have often reflected domestic politicking in Lebanon and targeted Israel. Since the Beirut Port explosion, Hezbollah has been aware that it has entered a new chapter in Lebanon, where living conditions are poor.
Hezbollah’s hands could be tied, but the Iranian-backed group could decide to escalate through violence both in and outside the Middle East should, among other things, the JCPOA talks fail to produce an agreement. As of February 2022, a nuclear deal is getting closer.

However, under a potential agreement, Hezbollah may not see any negative fallout; on the contrary, this will likely ease pressure on funds and financial aid to the party coming from Tehran. The recent escalation by the Houthis against the UAE and Saudi Arabia is the latest proof that Iran and its proxies will continue to target innocents to project power against Israel—and now against Gulf countries.

Potentially, another Iran-backed Hezbollah assassination attempt against US or Israeli diplomats and citizens is present. The conditions for another attack similar to the AMIA bombing is not missing from the chessboard either. As a reminder, Hezbollah is turning increasingly anxious amid its impression that other sects are trying to isolate it. The party may well decide to take action overseas to make gains at home with its narrative of being anti-imperialist and the protector against the US and Israel.

The current Israeli administration and the US and Colombia should increase counterterrorism cooperation and combat the Iran-Hezbollah threat emanating from Venezuela against its interests and citizens in the region.

President Biden should monitor Hezbollah and the IRGC’s growing presence in the region by expanding the “Iran watcher” program. The move would make it more interregional and closer to the nature of the Iran-Hezbollah threat, which aims to hurt the US and Israeli interests and serve as a sticking point against Washington’s presence in the Arab Gulf states (both financially and strategically).

The Biden Administration should release the report that Congress ordered in early 2019 for the State and Treasury Departments to produce on Hezbollah as part of legislation known as the Hezbollah International Financing Prevention Amendments Act of 2018.

The Biden Administration should also take coordinated action to limit Hezbollah’s access to financial aid and hard currency from Iran and ramp up designations under the Global Magnitsky Human Rights Accountability Act. Reaching a nuclear deal in the next few weeks should be accompanied by the US and its allies making sure this does not come at the expense of the Lebanese people.

The Biden Administration should continue to push the European Union to list Hezbollah in its entirety as a terrorist organization to weaken the group and disrupt its unlawful activities in the continent.

Post Views: 136
Previous China and Russia are proposing a new authoritarian playbook. MENA leaders are watching closely.
Next What if Russia Wins?