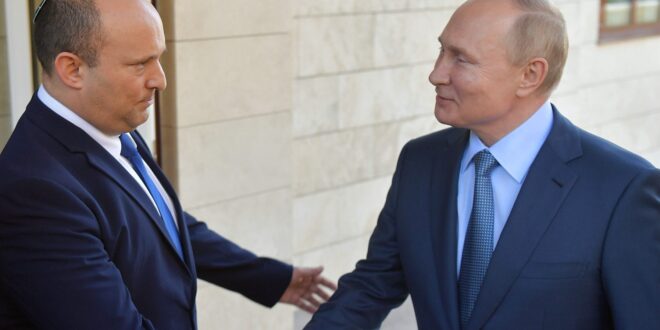 Israeli Officials: U.S. Sanctions Against Russia Could Affect us in Syria

Israeli officials are worried that sanctions on Russia would hinder the cooperation between the two countries in Syria, according to SY-24.

Israeli officials have expressed concern that U.S. sanctions against Russia in response to a possible Russian invasion of Ukraine could harm Tel Aviv’s security interests in Syria, Israel’s Walla website reported on Monday.

The website quoted confidential officials as saying that U.S. sanctions on Russia “place Israel in a very embarrassing position.”

It added that the Israeli officials “stressed that close relations between Israel and the United States could threaten their coordination with Russia on operations in Syria.”

Officials said that the United States has long been a stable ally, but Tel Aviv “needs Russia due to the circumstances in the Middle East.”

Russia has given Israel powers on the Syrian scene to carry out airstrikes on sites it says are Iranian.

But the pace of Israeli raids has declined since the beginning of 2022. Israeli sources have interpreted that this is due to the escalating tensions in Ukraine between the United States and Russia.

The last period witnessed talk in the Israeli media about fears of Russia changing its policy in Syria, based on joint patrols on the border and on land in the port of Lattakia after it was targeted by two separate Israeli raids in late 2021.

Post Views: 109
Previous Recap: What Does the Ukraine Invasion Mean for Syria?
Next After Being Fired: Decision to Exile Abu Amsha Outside Afrin