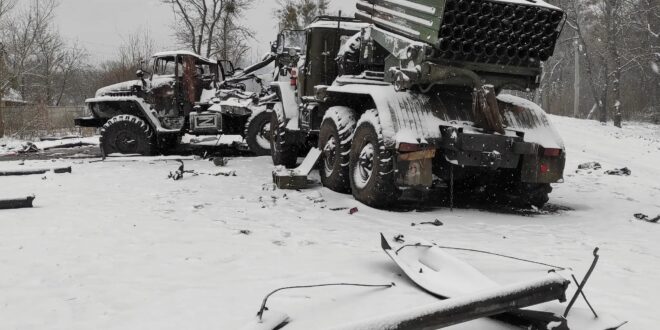 Ukraine’s president denounced Russia in a televised address: “They say that civilian objects are not a target for them. It is a lie. They do not distinguish in which areas to operate.”

Russia’s invasion of Ukraine has shifted the debate in the French presidential race, shining a spotlight on the candidates’ stances toward President Vladimir V. Putin.

Analysts said that President Emmanuel Macron’s active diplomacy in trying to avert the attack, although unsuccessful, would bolster his chances of victory at home in April’s election. Mr. Macron, who has not announced a re-election bid, has used the crisis to avoid the day-to-day domestic political fight in France and present himself as the leader of Europe, engaging in extensive discussions with President Biden, Mr. Putin and President Volodymyr Zelensky of Ukraine.

Post Views: 117
Previous Why anti-HTS Protests Fade Away in Idleb
Next Russia Says Invasion to ‘Free Ukrainians From Oppression’