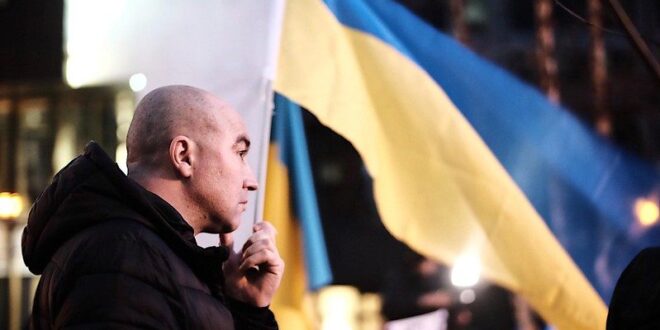 Crisis Over Ukraine: A Primer

A Facebook friend asked me to write something on the Ukraine crisis for his page in Q & A form.

Q: Briefly, what is the recent historical background to this conflict?

A: The 2014 coup d’état in Ukraine brought to power hardliners who adopted policies detrimental to the Russians living in the eastern part of the country, especially banning the Russian language in all areas of life.

As a result, the Donetsk and Luhansk provinces in eastern Ukraine refused to recognize the post-coup government and demanded that they be given a special status and broad powers, especially the right to use the Russian language. In response, Ukrainian authorities launched a military operation against them. A ceasefire was brokered by Russia, France, and Germany, and an agreement (the Minsk Accords) was reached between the two sides, so they could negotiate with each other in order to ensure that Ukraine observed the special status of the 2 provinces.

NATO expansion: The US Senate ratified NATO expansion in 1992. NATO has expanded 1287km/800 miles eastward over the last 30 years, deep inside the borders of the former USSR. Allegedly, NATO was created as a defensive alliance, but by no stretch of the imagination could this expansion, which doubled NATO’s territorial scope, be called a “defensive strategy”. It has been a voluntary expansion to enhance the US’s hold over Europe, and to thwart the emergence of a multipolar geopolitical world (which would also include China) after the collapse of the USSR. The US has never ruled out further militarization of the region under NATO, nor, more specifically, granting NATO membership to Ukraine. This is a major concern for Putin, who says Russia has been trying to raise the issue of NATO expansion eastwards for the last 30 years, but to no avail.

The US says its position on Ukraine is based on the need to have Russia “respect the international rules-based order”.

(Inconvenient facts for the US/NATO: (i) The US recognition of Israel’s illegal declaration of sovereignty over Palestinian East Jerusalem and the Syrian Golan Heights. (ii) Putin’s leadership of Russia was warmly welcomed by Clinton, Blair and Bush later, just as the same assemblage of interests had welcomed Yeltsin’s rigged election victory in 1996. (iii) The US/NATO stood by silently when Putin obliterated the separatist province of Chechnya in 1999-2000. (iv) Since the supposed end of the illegal war on Iraq, the US has bombed Afghanistan, Syria, Yemen, Niger, tribal areas of Pakistan, Somalia, turned Libya into a failed state, and of course, continued to bomb Iraq.)

Putin is no angel, but his red lines have been consistent: no more NATO expansion, actual or by proxy, and security guarantees for the ethnic Russian population in the Donbas region. The west/Ukraine has not delivered on either of these, but Putin’s recognition of the 2 proxy states, and his sending in security forces to protect them from a Ukrainian backlash, is his new bargaining chip in negotiations with the west. He is now adding a further bargaining chip: “military operations” in the Ukraine clearly aimed at overthrowing its post 2014 anti-Russian government, and to halt the influx of western military aid now pouring into Kyiv.

Q: But what about Putin’s annexation of Crimea in 2014? Does this not show that his project is the creation of a “Greater Russia”?

This project can’t be ruled out of course, given some of the rhetoric of Putin and his acolytes. However, Putin feared the port of Sevastopol, home of Russia’s Black Sea fleet, would soon belong to the expanding US “sphere of influence” if he did not annex Crimea. The US/NATO narrative sees Putin’s annexation of Crimea as the first use of force to change territorial borders in Europe since WW2. (Inconvenient fact: NATO bombed Serbia in 1999 to detach Kosovo from it, and make it an independent state.)

Q: What are the likely next steps?

A: Putin has broken international law by taking military action against Ukraine and so destroyed the best, if not the only, negotiating option in the current crisis, the Minsk Accords. His supporters will say that Ukraine repeatedly rejected the Minsk Accords, which promised the ethnic-Russian provinces of Donetsk and Luhansk substantial autonomy. While Ukraine has not adhered to this part of the Minsk Accords, there were steps available to Putin before starting an illegal war by attacking Ukraine.

Contra Putin, Ukraine is not a “Nazi state”—there are neo-Nazis there, but they are a small paramilitary minority. Ukraine is a kind of quasi-democracy, with elections controlled by oligarchic money, where the president can suppress the media at a stroke, and where the security services make arbitrary arrests.

Putin has lost confidence in France and Germany, co-signatories to the Minsk Accords, and the US, for not pressing Ukraine’s president Zelensky to implement the Accords where Donbas is concerned.

As mentioned, he is angry with the US/NATO for not respecting Russia’s security concerns about NATO’s territorial expansion and its deployment of offensive missiles close to Russia’s borders. Not only that, one of the targets bombed by Russia last week was the naval base in Ochakov, Ukraine, built by the UK (a NATO member of course) for its use, though it is touted as a “joint venture” with the Ukraine military.

Putin wants Ukraine to be a buffer zone between NATO and Russia. It’ll be recalled that John Kennedy wanted something similar when the USSR leader Khrushchev tried to put nuclear missiles in Cuba in 1962.

By invading Donetsk and Luhansk, and now his military action in Ukraine, Putin has created a “frozen conflict”—he knows NATO can’t admit countries that don’t control all their borders. “Frozen conflicts” already exist in Georgia and Moldova, which are also divided by pro-Russian statelets. Putin has now added Ukraine to this group. He probably believes the full conquest of Ukraine will give him his optimal negotiating position (assuming Putin will negotiate eventually).

Putin has shown the world that the US/NATO cannot act in concert militarily in this situation. They have no stomach or ability for a full-scale military intervention on Ukrainian soil (the US would have to do most of the fighting).

Sanctions, and supplying Ukraine with weapons (or 50,000 helmets in the case of Germany), are their only options, but Putin seems willing, on behalf of his people, to bear the burden of sanctions.

Q: What are other possible next steps?

A: One possible future path lies in implementing the confederal constitutional arrangements of the Minsk Accords (basically “home rule” for the Donbas region, largely stalled by Kyiv’s objections and intransigence), as well as an end to NATO expansionism, a complete ceasefire in the Donbas and elsewhere (too late now?), and maybe even the provisional reinstatement of Ukraine’s borders status quo ante–this is unlike though, since Putin’s current military operation there is designed to render these “borders” provisional and unstable, thus subject to future negotiation on terms that could be to Russia’s advantage.

A proposed moratorium of 20-25 years on Ukraine’s NATO membership: basically an initial bargaining chip in possible negotiations with Putin, who will probably reject this to begin with because he wants this to be permanent, but it’ll be a starting position that improves on anything NATO has been willing to offer up to now.

All sides need to recognize that, regardless of blame and responsibility, Ukraine is a mouse caught between 2 big cats. The well-being and security of populations trapped in the conflict zone has to be the paramount consideration for all involved.

Moreover, there has to be an acceptance that there can be no long-term Russian military solution to NATO’s territorial expansion. Nor can NATO proceed with this regardless. Negotiations are the only way forward.

Alas, we can’t be optimistic about this—the west miscalculated all along the way to the current conflict, and Putin’s escalation of it by a full-scale assault on Ukraine also appears to be a catastrophic miscalculation (what was the point of attacking the defunct Chernobyl power station?).

In any event, while we can seek to understand their respective motivations, let’s make no excuses for the 2 big cats in this conflict.

For those of us on the left, the western political elites are just as much to be opposed as the Russian aggressor attacking Ukraine.

Post Views: 350
Previous America Defeats Germany for the Third Time in a Century
Next A New Germany