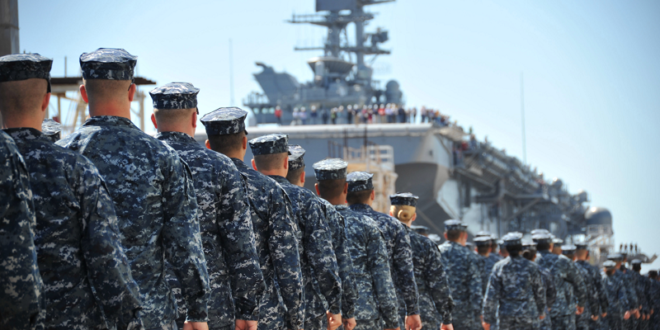 Now is not the time to demand bigger military budgets

The hawks are already trying to exploit the Russian invasion, saying a shortfall in spending is leaving us vulnerable. Not true.

In response to Russia’s invasion of Ukraine, a growing chorus of pundits and policy analysts have been advocating for large increases in America’s enormous budget for national defense, on top of the $778 billion Congress has authorized for Fiscal Year 2022. These calls are both misguided and counterproductive.

Before adding even more spending to the Pentagon’s already bloated budget, it’s important to understand just how large it is already and how much capability the U.S. military already has in Europe. In real, inflation-adjusted terms, the current Pentagon budget is substantially higher than the department’s budget was at the peaks of the Korean or Vietnam Wars or the height of the Cold War. And much of it is being wasted due to an outmoded, “cover the globe” military strategy and a dysfunctional budget process that favors special interests over the national interest.

Any calls for increased U.S. troop presence in Europe should first recognize what the U.S. military already has in Europe, namely more than 90,000 U.S. service personnel stationed across the continent. This is more than enough to provide U.S. support for the defense of Europe, backed by the U.S. and NATO’s nuclear deterrent. Any proposal to increase U.S. troop levels beyond that should be subject to debate in Congress and among the general public. This must be coupled with setting clearer priorities and managing existing funds more effectively, not by blindly throwing more money at the Pentagon. And any decision to increase NATO’s troop presence should rely heavily on our European NATO allies, which together have economies more than 10 times the size of Russia’s and taken together spend three times as much on their militaries. They can afford to do more as needed.

One major problem with the Pentagon’s current budget is that it has been rationalized by reference to an unsustainable national defense strategy that refuses to make choices among competing priorities, and does not rely enough on allies to provide for their own defense. Instead, current strategy calls on the United States to be prepared to engage in great power conflict with China and Russia and major regional contingencies in the Middle East and Northeast Asia and a continuing global war on terror. This strategy is backed up by a huge global military footprint that includes over 750 overseas military bases, 200,000 troops overseas, and counterterror operations in 85 countries. The United States cannot be cast in the role of global policeman, and recent efforts to do so, like the decades-long interventions in Iraq and Afghanistan, have been costly, destabilizing, and counterproductive.

Meanwhile, over 900,000 Americans have died in the current pandemic, and the climate crisis has accelerated the incidence of fires, floods, droughts and other extreme weather events. The greatest risks to human lives and livelihoods are not military in nature, yet the military continues to consume roughly half of the funds appropriated by Congress each year.

The second driver of excessive Pentagon spending is the impact of pork barrel politics and corporate influence on budgetary decision making. Instead of being based on a realistic strategy and investments in the weapons and services needed to carry it out, the Pentagon budget is too often shaped by the desire to keep funds flowing to the states and Congressional districts where components of big ticket weapons systems are built — whether or not these systems are effective, affordable, or relevant to a needed mission.

The continued production and development of the F-35 combat aircraft is a prime example of parochial interests overriding security imperatives.

At $1.7 trillion to build, maintain, and operate over its lifetime, the F-35 is the most expensive weapons program ever undertaken by the Pentagon. Yet it has over 800 unresolved defects, costs $38,000 an hour to fly, and has yet to be proven superior to current generation aircraft in basic functions like close air support for troops in the field or aerial combat. A series of analyses by the Project on Government Oversight suggest that the F-35 may never be fully ready for combat. But despite all of its flaws, one thing the F-35 does have in its favor is a dedicated caucus in Congress made up of members with pieces of the plane being built in their districts, and the lobbying power of its prime contractor, Lockheed Martin, the world’s largest arms maker. So far this concentrated political power has kept the funds for the F-35 flowing to tune of well over $12 billion per year, even as House Armed Services Committee chair Rep. Adam Smith has said he’s “tired of pouring money” down the F-35 “rathole.”

Other systems that are being funded because of pork barrel politics and misguided strategy include new Intercontinental ballistic missiles (ICBMs), which former secretary of defense William Perry has described as “some of the most dangerous weapons in the world” because the president would have only a matter of minutes to decide whether to launch them on warning of an attack, greatly increasing the risk of an accidental nuclear war; $13 billion aircraft carriers that are not yet fully capable of launching or landing aircraft, and which are vulnerable to a new generation of anti-ship missiles; and the Littoral Combat Ship (LCS), which cannot defend itself in a high intensity combat environment and has no clear mission. The tens of billions saved by forgoing these systems can be invested in addressing more urgent security challenges.

The debate on whether to further increase the Pentagon budget should be grounded in an acknowledgement of how much of the department’s current spending is being wasted due to an ineffective and dangerous strategy of global primacy coupled with influence peddling and pork barrel politics that distort the budget and do nothing to make Americans safer. It’s time to rethink strategy and budgetary decision making, not heedlessly give more money to the Department of Defense.

Post Views: 152
Previous Ukraine: What Russia wants, what the West can do
Next Coming to terms with the nuclear risks of the Ukraine war