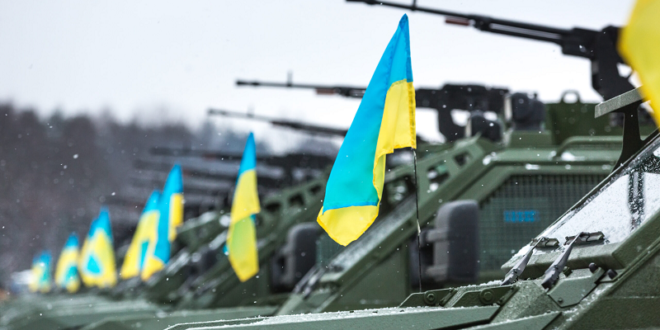 Why arming Ukrainian ‘resistance fighters’ would be a really bad idea

There is already pressure to get involved if there is a full-scale invasion, but our history with proxy wars is littered with folly.

The increasingly volatile situation involving Russia and Ukraine has the entire world on edge. Vladimir Putin’s decision to recognize the “independence” of two separatist regions in Ukraine, and especially his deployment of Russian “peacekeeping” troops to those regions, has dramatically escalated tensions. Although a full-scale invasion and occupation of Ukraine is not certain, even that scenario cannot be ruled out.

One point is clear though: the West’s proclaimed commitment to support Ukraine’s sovereignty and territorial integrity does not include U.S. or NATO military forces. Biden has confirmed that he “would not send American serviceman to fight in Ukraine” under any circumstances. Other NATO leaders have adopted similar positions of military restraint. Even if a larger invasion takes place, the West’s response likely will focus on imposing new, harsher economic sanctions on Moscow.

U.S. and Western officials are grappling with the embarrassing fact that they oversold their backing for Kyiv and now face the reality that Putin has called their bluff with an invasion and occupation of at least some of Ukraine’s territory. Consequently, they are scrambling for an option that would go beyond merely implementing more economic sanctions — a move that might hurt the global economy as much as it would inflict pain on Russia. The current front-runner for a more robust response is a scheme to fund and arm Ukrainian fighters to mount a resistance to a Russian occupation. Indeed, there are news reports that CIA operatives already are busily training Ukrainian paramilitary units.

It is a spectacularly bad idea. Assisting guerrillas to maim and kill Russian soldiers might well create an irreparable breach between Russia and the West. The new cold war already is chilly enough without adding to the dangerous tensions.

Some of the Ukrainian factions that the United States and its allies would be supporting are more than a little unsavory. Western media outlets recently suffered serious embarrassment when they featured flattering news stories about how a Ukrainian military unit was training children and the elderly in the use of weapons, so that they could resist Russian invaders. It turned out that the unit giving the instructions, the “National Guard,” had close ties to the openly neo-Nazi Azov battalion. There are other far-right factions in Ukraine that would eagerly join the line for U.S. weapons and funding. Western governments don’t seem all that selective about their potential partners in a Ukrainian resistance force. British military personnel already appear to be working with the National Guard to facilitate future cooperation.

Washington’s experience in trying to vet factions in other countries to warrant similar U.S. support is not an encouraging one. U.S. backing for the Afghan Mujahedin in the 1980s ended up strengthening and disproportionately benefitting the most radical Islamic factions who were battling the Soviet army of occupation. Of course we now know one of the Arab volunteers the United States worked with was a young man named Osama Bin Laden. Washington’s assistance to the Afghan resistance ultimately did not benefit either Afghanistan or the United States.

Other U.S. Cold War ventures did not fare much better. The United States embarrassed itself and thoroughly compromised American values by supporting unworthy, even odious, foreign clients in proxy wars against regimes that U.S. policymakers designated as adversaries. Backing the likes of the Nicaraguan Contras and Jonas Savimbi’s authoritarian UNITA organization in Angola was not a source of pride for the United States.

Such follies did not end with the passing of the Cold War. Barack Obama’s administration supported a motley collection of insurgents in Syria who were seeking to overthrow the government of Bashar al-Assad. Most of those factions proved to be radical Islamists, not advocates of Western democratic values. Moreover, even when Washington tried to confine its support to relatively moderate elements, much of the money and weaponry ended up in the hands of the Nusra Front and other extremist, even outright terrorist, operatives. We don’t need a repetition of such embarrassing associations by supporting an armed resistance in Ukraine that would inevitably include fascistic elements.

Finally, embarking on a proxy war against Russia could lead to an ugly counteroffensive. Moscow would have an abundance of opportunities to retaliate. U.S. troops are still present in Iraq and Syria, and they are extremely vulnerable. Among other dangers, they continue to come under fire from pro-Iranian militias. Russia has an ongoing military presence in Syria, supporting Assad’s government, which also receives important backing from Iran. The Kremlin’s relations with Tehran grow steadily closer, and it would not require a great effort to encourage/assist/bribe Iran and its clients in Syria to turn some of their firepower currently focused on the Saudi sponsored Sunni insurgents and redirect it against U.S. troops in northeastern Syria. A similar strategy is available to induce pro-Iranian militias in Iraq to make the U.S. mission there bloodier and more frustrating.

Moscow could even work with the chronically restless and oppressed Shiite majority in Bahrain, a country ruled by Washington’s ally, the Sunni governing elite. Stirring up trouble there would create major headaches for the United States, since the headquarters of the U.S. fifth fleet is located in Bahrain

Before they launch a proxy war in Ukraine, U.S. leaders need to remember that the United States is not the only country that can pursue the option. Washington’s dismal history with that approach over the decades is an additional reason to renounce the scheme in this case. Worst of all, “success” for a Western-sponsored armed resistance in Ukraine would likely mean triggering a full-scale civil war there. That is the last thing Ukrainians need. We must all hope that Putin does not escalate his aggression in Ukraine, but even if he does, responding with a cynical proxy war would be an ill-advised move.