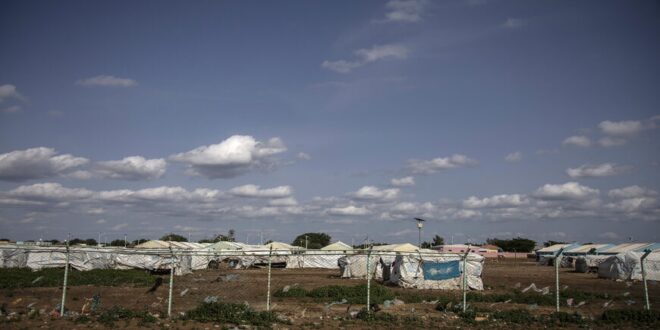 Bilateral talks are ongoing between Ethiopia and Sudan aimed at resuming negotiations to solve the border dispute between the two countries and the GERD crisis.

There have been positive signs in recent days about resuming negotiations between Ethiopia and Sudan to solve a number of disputes between the two countries.

On Feb. 17, Ethiopian Foreign Ministry spokesperson Dina Mufti announced that Sudan and Ethiopia have been discussing the resumption of negotiations over the border conflict and the dispute over the Grand Ethiopian Renaissance Dam (GERD).

“Ethiopia’s Ambassador to Khartoum Yibeltal Aemero held a series of meetings with various Sudanese officials to negotiate a peaceful solution to the two issues,” Mufti said during a press conference.

He noted that the deputy head of Sudan’s ruling council, Gen. Mohamed Hamdan Dagalo, had visited Addis Ababa in late January to discuss a solution to the border conflict, the opening of border crossings between the two countries, as well as the GERD crisis.

On the same day, the Sudanese Foreign Ministry spokesperson, Khaled Farah, expressed in a statement his country’s readiness to resume negotiations with Ethiopia on the border dispute, provided that they are based on references and maps that are regionally and internationally approved, stressing that Sudan will not accept any claims of a dispute over Sudanese land.

Egyptian former Assistant Foreign Minister Hussein Haridy told Al-Monitor that there is no doubt that Addis Ababa and Khartoum have been extensively discussing the border issue, after Dagalo visited Ethiopia recently, which is proof of undeclared understandings between the two parties.

“I believe the two countries are fully convinced and have agreed on maintaining the status quo on the borders without further escalation, to better serve their interests,” he said.

Speaking about the possible GERD scenarios after Ethiopia announced that it had started generating electricity from the dam, Haridy said, “Indeed, Sudan issues statements regarding the dam, rejecting Ethiopia’s unilateral actions, including the first and second filling, as well as the process of generating electricity. But I believe Ethiopia will promise to provide Sudan with electricity in the future.”

He added, “The Sudanese stance against the GERD is not the same as Cairo’s. Egypt has always believed this to be an existential issue, as Egyptian President Abdel Fattah al-Sisi has stated on various occasions. Today, Cairo is committed to the mediation of the African Union, chaired [this year] by Senegal. We are optimistic about it sponsoring negotiations, especially since Senegal has a successful experience in containing the dispute with Mauritania over the Senegal River. So it is possible for Senegal to put forward major ideas on how to manage the waters of the Blue Nile and reach an agreement that meets the aspirations of the three countries.”

On Feb. 20, Ethiopia officially announced that it had started generating electricity from the GERD.

Consequently, hopes of resuming the GERD negotiations dwindled. The Egyptian Foreign Ministry swiftly expressed concerns about the Ethiopian action, stressing in an official statement that it is a violation of the Declaration of Principles signed between the three parties in 2015. Meanwhile, the Sudanese government reiterated its total rejection of all unilateral measures in everything related to filling and operating the dam.

Former Egyptian Ambassador to Sudan Mohamed el-Shazly told Al-Monitor, “Both countries [Ethiopia and Sudan] are experiencing internal problems and rivalries between the various political forces. Ethiopia has its issues with Tigray, and Sudan is still suffering the repercussions of the Oct. 25 military coup. They have no choice but to appease the border conflict as they cannot reach a final and permanent solution as long as the home front is unstable.”

The border conflict between Sudan and Ethiopia started several decades ago over al-Fashqa border area, where the northwest of the Ethiopian Amhara region meets in the state of el-Gadarif in Sudan. According to the colonial treaties of 1902 and 1907, the disputed area between the two countries is a land belonging to Sudan, but Ethiopian farmers settled in the area and practiced agriculture there for years.

However, the situation changed after the ouster of President Omar al-Bashir in November 2020, when the Sudanese army deployed its forces in al-Fashqa area and recovered large areas of agricultural land that were cultivated by the Ethiopians. Clashes have since erupted every now and then. The head of the Sudanese Sovereign Council, Lt. Gen. Abdel Fattah al-Burhan, had stated in November 2021, “Al-Fashqa is purely Sudanese and we will not give up an inch of our lands.” Meanwhile, Ethiopia accuses the Sudanese army of encroaching on its areas and occupying its agricultural lands.

Shazly said, “Even though Addis Ababa was able to tighten control in the Tigray region, tensions still prevail. The situation has improved in Ethiopia, but there are still problems on the homefront for Prime Minister Abiy Ahmed’s government. On the other hand, there is an internal division in Sudan. So talks between the two sides revolve around discussing mechanisms to calm the conflict issues between the two.”

Post Views: 187
Previous With world attention on Ukraine, Nile dam conflict escalates
Next The Beginning of the End for Putin?