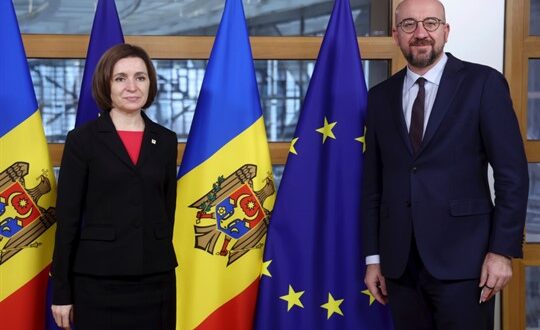 As the war in Ukraine enters its second week, the continent’s eyes are already turning toward neighboring Moldova. The European Union’s foreign affairs chief, Josep Borrell, made an emergency visit there yesterday, while European Commission President Ursula von der Leyen made a last-minute visit next door to Romania.

The main reason given for the pair of visits was to discuss the large wave of Ukrainian refugees pouring into Moldova, a tiny country with limited resources. According to the United Nations High Commissioner for Refugees, or UNHCR, 1 million refugees have fled Ukraine in the past week, and almost 10 percent have gone to Moldova, a country of 2.6 million. That would be the equivalent of Germany absorbing more than 3 million refugees in one week.

Post Views: 173
Previous Serbia’s Days of Hedging Between the EU and Russia Might Be Over
Next ISIS Plans Significant Attack on the al-Hol Camp