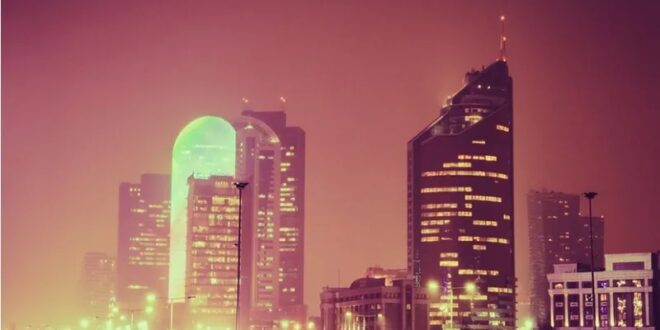 When US Defense Secretary Lloyd J. Austin III declared that Washington wanted to see Russia so “weakened” that it would no longer be able to invade a neighbouring state, he lifted the veil on US goals in Ukraine. He also held out the prospect of a long-term US-Russian contest for power and influence.

Mr. Austin’s remarks were problematic on several fronts. For one, they legitimised Russian President Vladimir Putin’s justification of the invasion of Ukraine as a defence against US-led efforts to box Russia in and potentially undermine his regime.

Mr. Haas was referring to President Joe Biden’s remark last month, which he subsequently walked back, that Mr. Putin “cannot remain in power.”

Leaving aside that Mr. Austin’s remark was inopportune, it also suggested a lack of vision of what it will take to ensure that Mr. Putin does not repeat his Ukraine operation elsewhere in the former Soviet Union. That is an endeavour that would involve looking beyond Ukraine to foster closer ties with former Soviet republics that do not immediately border Ukraine.

One place to look is Kazakhstan, a potential future target if Russia still has the wherewithal after what has become a draining slug in Ukraine.

Mr. Putin has long set Kazakhstan up as a potential future target.

He has repeatedly used language when it comes to Kazakhstan that is similar to his rhetoric on the artificial character of the Ukrainian state.

Referring to his notion of a Russian world whose boundaries are defined by the presence of Russian speakers and adherents to Russian culture rather than its internationally recognised borders, Mr. Putin asserted last December that “Kazakhstan is a Russian-speaking country in the full sense of the word.”

Mr. Putin first sent a chill down Kazakh spines eight years ago when a student asked him nine months after the annexation of Crimea whether Kazakhstan, with a 6,800 kilometre-long border with Russia, the world’s second-longest frontier, risked a fate similar to that of Ukraine.

In response, Mr. Putin noted that then-president Nursultan Nazarbayev, Kazakhstan’s Soviet-era Communist party boss, had “performed a unique feat: he has created a state on a territory where there has never been a state. The Kazakhs never had a state of their own, and he created it.”

To be sure, Russian troops invited in January by Kazakh President Kassym-Jomart Tokayev to help put down anti-government protests were quick to withdraw from the Central Asian nation once calm had been restored.

Mr. Putin’s remarks, coupled with distrust of China fuelled by the repression of Turkic Muslims, including ethnic Kazakhs, in the north-western province of Xinjiang, and the shutdown of Russia’s Black Sea Novorossiysk oil terminal, Kazakhstan’s main Caspian oil export route, creates an opportunity for the United States.

Last month, Kazakhstan abstained in a United Nations General Assembly vote that condemned Russia for its invasion of Ukraine. Since then, its sovereign wealth fund announced that it would no longer do business in rubles in compliance with US and European sanctions against Russia. This week, Kazakhstan stopped production of Russia’s Sputnik V vaccine against Covid-19.

In an apparent effort to stir the pot, Russian media accused Kazakhstan of preventing Russian nationals from expressing support for Mr. Putin’s invasion and firing Kazakhs who supported the Russian president’s actions from their jobs. At the same time, opponents of the war were allowed to stage demonstrations.

“As Washington policymakers look for ways to counter Russian influence and complicate Mr. Putin’s life, helping Kazakhstan reduce its dependence on Moscow-controlled pipelines, reform its economy, and coordinate with neighbouring Central Asian states to limit the influence of both China and Russia might be a good place to start,” said Wall Street Journal columnist Walter Russell Mead.

A high-level Kazakh delegation visited Washington this week to discuss closer cooperation and ways to mitigate the impact on Kazakhstan of potentially crippling sanctions against Russia.

Supporting Kazakhstan would involve a renewed US engagement in Central Asia, a key region that constitutes Russia as well as China’s backyard. The United States is perceived to have abandoned the region with its withdrawal from Afghanistan last August.

It would also mean enlarging the figurative battlefield to include not only military and financial support for Ukraine and sanctions against Russia but also the strengthening of political and economic ties with former Soviet republics such as Kazakhstan, Kyrgyzstan, Uzbekistan, and Tajikistan.

Kyrgyzstan and Tajikistan are, alongside Kazakhstan, members of the Russian-led Eurasian Economic Union (EEU), which Mr. Putin, referring to Kazakhstan, described as a bulwark that “helps them stay within the so-called ‘greater Russian world,’ which is part of world civilization.”

The invasion of Ukraine has given Uzbekistan second thoughts. Uzbekistan failed to vote on the UN resolution, but Uzbek officials have since condemned the war and expressed support for Ukraine’s territorial integrity.

As a result, Uzbekistan appears to have reversed its ambition to join the EEU and forge closer ties to the Collective Security Treaty Organisation (CSTO), the region’s Russian-led military alliance.

“The way Central Asia thinks about Russia has changed. While before, Russia was seen as a source of stability, it now seems that its presence in a very sensitive security dimension has become a weakness for regional stability, sovereignty, and territorial integrity,” said Carnegie Endowment Central Asia scholar Temur Umarov.

“I think that Central Asian governments will seek to minimise the influence of Russia, which will be difficult to do, but they have no choice since it has become an unpredictable power.” Mr. Umarov predicted.

Post Views: 94
Previous What Is US-Launched ‘Uniting For Ukraine’ Program? – Analysis
Next US Is Training Ukrainian Troops In Germany