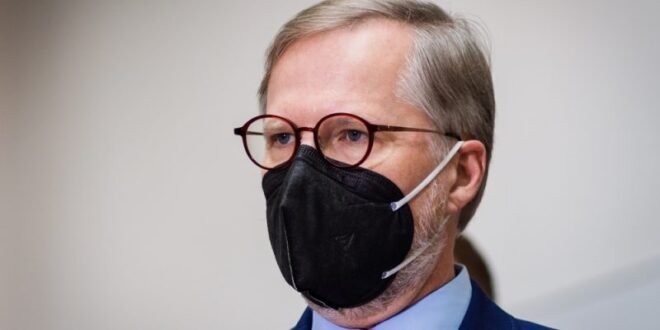 Czech Prime Minister Petr Fiala wants to convince his Hungarian counterpart Viktor Orbán to change his stance on Russia as Hungary is among the countries willing to pay for natural gas imports in roubles – a move unacceptable for Czechia despite its heavy Russian gas dependency.

The Czech prime minister spoke about his plans to pressure Orbán during his Friday meeting (29 April) with Polish Prime Minister Mateusz Morawiecki.

“If we failed to show unity and joint position to Russia, we all would lose on it,” Fiala warned, adding that Czechia is “definitely not going” to switch paying for the Russian gas supplies in roubles. “This is an impulse for us to discuss this with Viktor Orbán,” he added.

Both Fiala and Morawiecki criticised Hungary’s position on Russia and its reluctance to support further sanctions against the aggressor.

“We firmly disagree with the Hungarian position regarding the war in Ukraine. We expect the condemnation of the war crimes,” said the Polish prime minister.

The two leaders also agreed to open negotiations on the Czech-Polish Gas Interconnector, Stork II, which was first expected to be completed in 2022 but was shelved in 2020. However, with the war in Ukraine and uncertainty surrounding gas imports, the two countries now want to reopen the project.

Czechia also expressed interest in future liquefied natural gas (LNG) terminals that Poland will build. “We are ready to buy part of its capacities as it would be beneficial for the Czech Republic,” Fiala said.

Czechia is currently fully dependent on Russian gas imports and is preparing for when Russia – as it did to Poland – stops exporting its gas if Czechia refuses to pay in roubles.