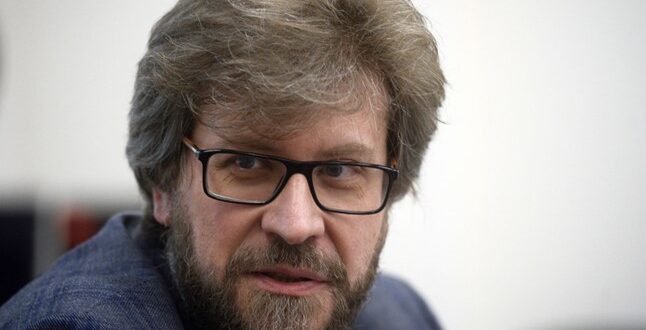 Russian Expert Lukyanov: Russia’s Foreign Policy Gains Since The Collapse Of The Soviet Union Have Been Largely Erased As A Consequence Of Russia’s Sovereign Decisions

Fyodor Lukyanov, editor-in-chief of Russia in Global Affairs, chairman of the Presidium of the Council on Foreign and Defense Policy Ministry of International Situation, and one of Russia’s most incisive foreign policy analysts wrote a trenchant column for Kommersant titled the Ministry of the International Situation. In the column he argued that Russia, because of its own decisions, will no longer be able to use the foreign policy tools that had improved its position since the collapse of the Soviet Union. Instead of a foreign policy, Russia will have to adapt to an international situation that poses more challenges than opportunities. In an argument that appears to echo Josef Stalin’s 1929 “Socialism in One Country” policy, Lukyanov believes that foreign policy will take a back seat to internal development to assure Russia’s survival and development. Russia’s success will depend succeeding in the daunting task of establishing a system where the rulers and society trust each other.

“We have become accustomed that foreign policy is the most dynamic and exciting sphere of the Russian state’s activity. I’ll hazard a guess that in the upcoming period it will conclude for Russia in its habitual form.

“Habitual form means the many years of work [invested] to restore the country to a significant position, i.e. the reestablishment of the country’s status in lieu of the positions lost following the USSR’s collapse. This task had been solved in one way or another by the middle of the last decade. Through a combination of various actions, ranging from activity in international bodies and direct contacts with key partners to surgical military operations and economic deals, Russia was able to achieve a prominent place (albeit not a leading one) in the global system.

“To continue in the same vein implies strengthening [the country’s] positions, but without breakthroughs, and cementing the achievements in anticipation of a new stage of international changes.

“Now it no longer makes any sense. Global changes have begun, and they are like an avalanche that has been driven from the mountaintop. Their intensity is such that now it’s almost impossible not only for Russia, but probably for any one, to influence them. What was gained has been nullified to a large degree by the cataclysm, part of it remains relevant but to a lesser degree than previously. Russia has no grounds to point fingers at anyone, what is occurring came as a consequence of the sovereign decisions that we made.

“Russia’s “foreign policy” is being replaced by its “international situation,” i.e. the external circumstances, to which one must react promptly and effectively: adapt, exploit, contain, and prevent. Most of them demonstrate a long-term quality and in the foreseeable future they will present far greater challenges than opportunities. Diplomacy and other customary international politics routines in more or less functioning institutions will not serve as a means for our country to impact the global situation and even Russia’s existence in a global context. [Instead] it will be Russia’s reorganization, survival, development, direction and goal achievement [that will be essential in] preserving itself as an essential element of the global landscape. In other words, the fulfillment of tasks that relate to the domestic sphere i.e. the political and socio-economic theaters [will prove crucial].

“Russia’s place on the political map of the planet depends on this, and not on plotting schemes of the world order. Building a country where society and the state trust each other and are able to reconstruct together in an unfavorable environment is the main project of the coming years. We are all mindful of how difficult it’s to implement.

“Upon the Russian foreign policy community falls the most important mission of building a wide range of relationships with countries, groups of countries, and organizations that can help Russia survive and develop. It should be done in a most concrete manner, at any level and by almost any means. This will require subtlety, empathy, and unconventional skill, which don’t have to be necessarily spectacular but even the contrary – the less attention drawn, the better.

“The “concert part” [of foreign policy] associated mainly with the increasingly sharp polemics towards the West, loses its practical significance. Any argument with the West is essentially aimed at ourselves, not at the interlocutor, who will neither listen nor hear. A drastic reorientation of assets from the Western flank is a physical necessity. Those minimal opportunities for interaction that will survive the meltdown will require far fewer resources. And let’s hope that by that time we will know how to use them as effectively as possible.”

Post Views: 91
Previous Jill Biden brings thanks, ketchup to US troops in Romania
Next How the West Was One