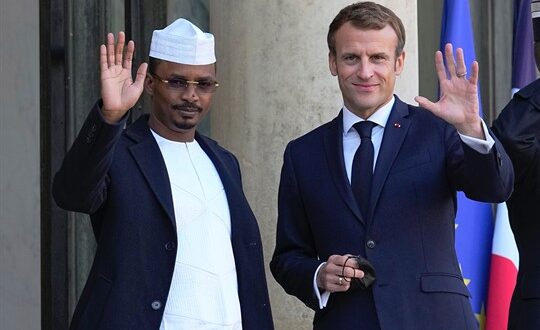 Africa’s Stalled Post-Coup ‘Transitions’ Are Telling Us Something

The spate of military takeovers and attempted coups across Africa over the past two years has led to speculation in some quarters about a generalized “return to military rule” or “coup contagion” on the continent. In August 2020, a group of Malian officers led by Col. Assimi Goita overthrew the government of former President Ibrahim Boubacar Keita. A little over nine months later, Goita also deposed the transitional government the interim junta had selected to steer the country back toward a democratically elected civilian government. In Guinea and Sudan, the army toppled civilian leaders last year, while Chad’s armed forces subverted the constitutional order to seize power following the death of longtime ruler Idris Deby. And in January 2022, Burkina Faso’s former President Roch Marc Christian Kabore was also ousted in a coup.

Amid international pressure, military leaders in all these countries have pledged to design and implement transitions back to civilian democracy. But despite widespread condemnation of the coups and the imposition of sanctions by regional and international bodies, all these transitions are now deadlocked. This points to the lack of leverage wielded by external stakeholders to adequately respond to these and other political crises across Africa, and suggests that new approaches are sorely needed.

The African Union’s Peace and Security Council, which is tasked with making decisions on conflict prevention and crisis management across Africa, met more than 80 times last year to discuss the multidimensional threats to peace, security and socio-economic development for the continent’s approximately 1.4 billion people. Unsurprisingly, military coups, unconstitutional changes of government and political transitions in countries like Mali, Guinea, Chad and Sudan were consistent topics of their meetings. The council suspended most, but not all, of these countries from participating in AU activities until they effected a return to constitutional order under civilian rule. But despite the differences in treatment, the outcomes have been identical.

In Chad, the transition to civilian rule, including an “inclusive national dialogue” organized by military authorities, has essentially hit a roadblock, with the country’s transitional military council this week postponing a national dialogue that was initially scheduled for May 10. The postponement itself came as no surprise, given that the protracted “pre-dialogue” talks in Doha, Qatar, between representatives of Chad’s transitional council and rebel groups have made little headway. But despite the lack of progress, Chad’s military authorities have not been held accountable by external stakeholders since taking power last year.

Immediately after the junta seized power, the United Nations and France—the country’s former colonial ruler and primary international partner—recognized the transitional council headed by Deby’s son, Mahamat. The repression of protesters by Chadian security forces soon forced Paris to temper its public embrace of the junta. Nevertheless, as this week’s postponement of the national dialogue demonstrates, if Chad has engaged in a “transition,” it has been not toward democracy, but toward a consolidation of the military’s—and more specifically of Mahamat Deby’s—predominance in political life.

Yet, Chad was the only country among those that experienced military takeovers in 2021 to be spared a suspension from AU activities. Instead, the Peace and Security Council endorsed the 18-month transitional process drawn up by Chad’s transitional military council, which included the appointment of an interim prime minister to lead a government comprised mostly of civilians and the drafting of a new constitution, culminating in new presidential and legislative elections. The council drew criticism for the apparent double standard and was accused of doing the bidding of France, which counts Chad as a principal security partner in the Sahel. Whatever the outcome of either the national dialogue or the transition, Chad’s authoritarian political culture is unlikely to be reformed significantly, as there is little evidence that the difficult but necessary task of building the institutional framework needed for an inclusive, accountable system is taking place.

By contrast, in West Africa, the military authorities that seized power in Mali, Guinea and Burkina Faso remain locked in prolonged standoffs with the Economic Community of West African States, or ECOWAS, over the timetables for their respective transition plans. In January, ECOWAS closed regional borders with Mali and slapped a new round of sanctions on the country after the interim military government sought to postpone elections it pledged to hold in February, as part of the country’s return to civilian rule following a 2020 military coup. Last month, Mali’s transitional Prime Minister Choguel Maiga announced a two-year transition process before elections are to be held. While this is a considerably shorter timeline than Bamako’s previous five-year plan, which drew the latest round of sanctions, it is nonetheless still longer than the 12-to-16-month deadline to hold elections that the bloc demanded as recently as March.

In neighboring Guinea, Col. Mamady Doumbouya, the head of the country’s ruling junta, recently announced a 39-month transition period before a return to civilian rule. Burkina Faso’s interim junta similarly stated that it has no plans to shorten its own planned three-year transition period, despite threats by ECOWAS to implement sanctions it initially held off on if Ouagadougou failed to explain by April 25 how and when it would hand power back to civilians. And in Sudan, the transition to democracy is on life support after the October 2021 coup led by Gen. Abdel-Fattah al-Burhan, with elections initially planned for next year now increasingly uncertain.

The stalled transitions across Africa all speak to the limited ability of Western governments and international organizations to influence events on the ground. And they also ought to be a wakeup call for the AU and regional organizations on the continent to broaden the scope of their ambitions and think outside the box in terms of how to respond to military takeovers.

For one thing, it has become abundantly clear that elections alone do not make a democracy, and they are unlikely to resolve deep-rooted socio-political divisions, many of them rooted in the absence of a capable, legitimate state viewed as responsive and accountable to the public. If anything, hastily scheduled elections, absent the democratic norms and institutional framework required to build trust between citizens and the state, often aggravate political tensions and harden societal divisions. But while it is true that multiparty elections and civilian governments in West Africa and across the continent are struggling to deliver the dividends of democracy, and much of the public in coup-afflicted countries are in no rush to go back to the polls, indefinite military rule almost certainly guarantees that these countries will not experience the peace, prosperity and effective governance needed for socio-economic development.

There are no straightforward answers for how to build legitimate, accountable, civilian-run African states that deliver inclusive governance and create economic opportunity for their citizens. But a good place to start would be to ditch old shibboleths—including about what elections can deliver. Instead of trading democratic accountability for narrowly defined “stability,” international stakeholders and the affected countries would be better served by focusing on how civic institutions are built in young democracies and how to respond to political crises in-country. For far too long, Western stakeholders have adopted a limited, box-checking approach to democracy rooted in unquestioned assumptions and unambitious policy solutions dominated by a cynical appeal to “pragmatism.”

The stalled transitions in Mali, Guinea, Burkina Faso, Sudan and Chad all point to the limited and exhausted options Western governments, as well as their local and regional partners, have for dealing with a multidimensional crisis of governance. The threat and application of sanctions have failed to deter juntas in these countries, just as they have in the past and likely will in the future. It’s a mistake to give putschists the impression that they have a free hand, as in the case of Chad. But diplomatic isolation and crippling sanctions that do little to hurt the regime, while taking a toll on the local population, as in the case of Mali, end up being counterproductive in the long term. Africa’s stalled transitions and the broader challenges facing civilian democracy across the continent should be cause for introspection among all parties and a reconsideration of conventional wisdoms that are clearly past their expiration date.

Post Views: 27
Previous Algeria Makes for a Risky Partner to Help Solve Europe’s Energy Crisis
Next Despite the Stalemate in Baghdad, Iraq’s Political Winds Are Shifting 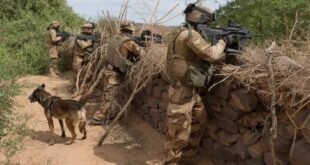 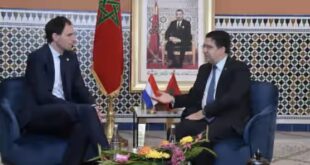 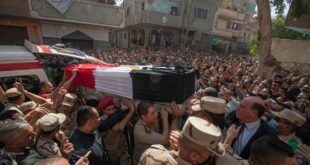 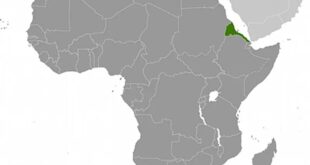