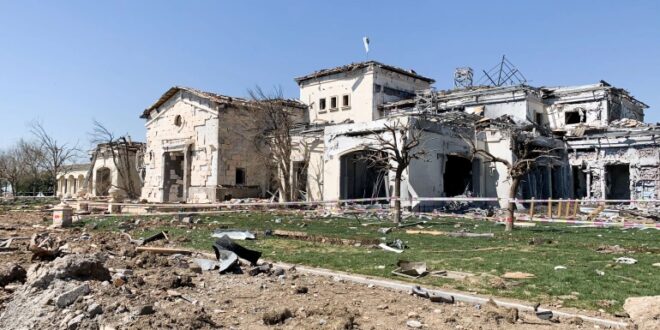 The attack comes two months after the IRGC launched ballistic missiles at what it said was an Israeli base in Erbil.

There have been no reports of casualties in the shelling.

The IRGC’s website said in a statement that its ground forces dismantled an Erbil-based “terrorist team” inside Iran a day earlier and five members of the team were arrested in Baneh near Iran’s western border with Iraq.

Based on their confessions about plans to engage in “sabotage” operations in Iran, it said, the IRGC ground forces moved to target their bases in northern Iraq.

In mid-March, the IRGC launched ballistic missiles towards an area in Erbil which it said housed an Israeli “strategic centre”. It also warned that any further attacks by Israel will be met with a “harsh, decisive and destructive response”.

The missile launches had come after Israel killed two IRGC members in Syria in an air attack. There were also unconfirmed reports of an Israeli attack on a base in western Iran, which allegedly targeted Iranian drones.

At the time, the Iranian foreign ministry had also warned that it will not tolerate any security threats emanating from Iraqi soil.