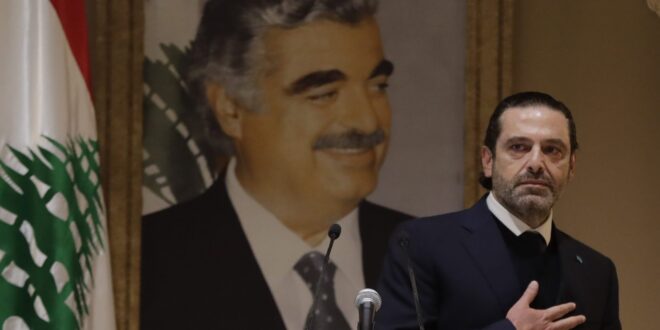 Will the Lebanese Elections Pave the Way for Increased Syrian Influence in Lebanon?

Sunday won’t be a normal day in Lebanon. Four years after the 2018 elections, nearly four million Lebanese citizens are invited to cast a vote in the country’s parliamentary elections. These elections, however, are very different from 2018’s. Not only because the country went through an uprising and major turmoil during the last few years, including the Beyrouth port’s explosion that killed more than 220 people, but also because this time, Saad Hariri, the de facto leader of the Sunni community in the country, has announced his withdrawal from politics. A withdrawal that might pave the way for greater Syrian influence in the small middle-eastern country.

In fact, as Hezbollah’s main ally, Michel Aoun’s Free patriotic movement is losing momentum among Lebanese Christians, the pro-Iranian party might try to minimize the losses by compensating them through Sunni allies. In Beirut, Tripoli and the Chouf, the Ahbach, known for their close ties to the regime, might take advantage of Hariri’s absence to boost their parliamentary representation. They are planning to go from a single MP in the current parliament to four in the next one.

In the West Bekaa-Rachaya district, Hassan Mrad, son of MP Abderahim Mrad and close ally of the Syrian regime is counting on the withdrawal of Hariri to make significant gains. The “Better tomorrow” list that he leads is expected to grab up to 5 of this district’s 6 seats. Earlier this year, Ali Hijazi, the secretary-general of the Baath party in Lebanon, visited Rachaya and met with Druze figures close to the Syrian regime, in an attempt to mobilize them against the region’s Druze MP Wael Abou Faour, known for his anti-regime rhetoric.

In fact, the pro-Syrian “March 8” political camp, centred around Hezbollah, is also trying to gain grounds in the Druze and Christian arenas. In Beirut II, which used to be a stronghold of Saad Hariri, Hezbollah has fielded Nassib Jawhari, the vice-president of the Lebanese Democratic Party (LDP), a political group with close ties to Assad, for the capital’s Druze parliamentary seat. Similarly, Ramzi Maalouf, a cadre of the Syrian Social-National Party (SSNP), was fielded by Hezbollah for the Greek-orthodox seat of Beirut II. In 2018, Saad Hariri’s list won both these seats.

In the Chouf-Aley district, Wiam Wahhad, a Druze politician with close ties to Damascus, has joined forces with the leader of the LDP Talal Arselane, with the goal of replacing current MP Marwan Hamadeh, elected in 2018 on a coalition list of the March 14 alliance that is hostile to Syria: his party (the Progressive socialist party of Walid Joumblatt), Samir Geagea’s Lebanese Forces and Hariri’s Future Movement.

More than two years after the 17th of October uprising in Lebanon, whether Syria and Hezbollah’s bet succeeds will directly depend on the score of the new opposition groups and the number of seats they get.