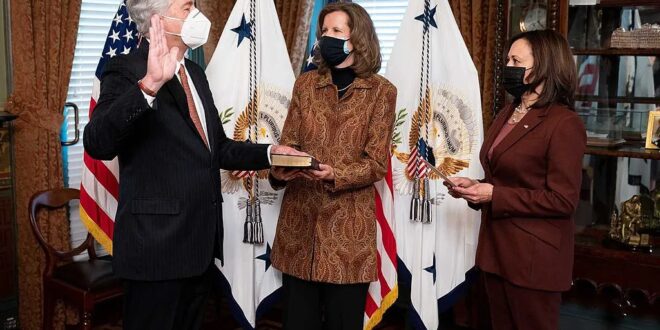 CIA Director William Burns has stated that the People’s Republic of China (PRC) has become unsettled by the performance of Russia in its invasion of Ukraine. China, a country that has been increasingly aggressive against Taiwan, has been known to be a Putin ally and has been observing how the Russians have faired in their invasion of Ukraine, a war that has stretched on for three months. Burns said Moscow’s struggles would likely affect how Beijing will assess its commitment to annexing the island nation of Taiwan.

According to Burns, China is looking at the ongoing conflict in Ukraine, the largest war in Europe since World War II, to compare it to its own analysis of the costs of invading Taiwan, which they have repeatedly expressed to be their territory.

“Clearly, the Chinese leadership is trying to look carefully at what lessons they should draw from Ukraine about their own ambitions in Taiwan,” he said.

In the weeks ahead of Vladimir Putin’s so-called “special military operation” on Ukraine, Moscow and Beijing signed a 5,000 joint statement where the two nations declared a “no limits” partnership and denounced the expansion of Western influence.

Authorities from Beijing have claimed that they were unaware of the Kremlin’s plan to launch an invasion, adding that the conflict does not serve Chinese interests. This is contrary to what the United States officials believe, that Beijing had intel on Putin’s plans but was likely caught off guard by the scale of the military operation.

“Xi Jinping is a little bit unsettled by the reputational damage that can come to China by association with the brutishness of, you know, Russia’s aggression against Ukrainians,” Burns said.

Burns said China was surprised by the performance of the Russian troops on the ground and the stiff resistance it has met at the hands of Ukrainian fighters. He also said that how NATO has come together to penalize Moscow and support Kyiv has definitely caught the attention of the Chinese.

He particularly noted how economic sanctions against Russia from NATO had added “economic costs” as another variable to consider in calculating risks in capturing Taiwan.

Leaders of China appear to be in a self-reliance movement, especially since it has witnessed what happened to Moscow after it invaded Kyiv, getting hounded by the world’s sanctions. However, such a fundamental shift will take years, if not decades, to fully achieve. In the meantime, Chinese entities are cautiously striking a delicate balance between dealing with the West and dealing with Russia.

“There isn’t an obvious here. China is approaching Russia on the surface, at least, in a very friendly way. [When] we look at words rather than the deeds, the narrative is extremely positive: both officially but also in the media; but in reality, China is quite hesitant and very careful about avoiding secondary sanctions [from the United States],” Chief Economist for Asia Pacific at Natixis, a French investment firm, Alicia Garcia-Herrero said.

China Has Its Eyes On The Prize

Despite growing weariness brought by what happened to Russia, Burns warned that people should not underestimate China and its president, Xi Jinping’s commitments to its ambitions.

“I don’t for a minute think that it’s eroded Xi’s determination over time to gain control over Taiwan. But I think it’s something that’s affecting their calculation about how and when they go about doing that.”

In a budget hearing held last week, the chairman of the Joint Chiefs of Staff General Mark Milley said intel on China says China aims to buy and develop sufficient military capabilities that will allow the People’s Liberation Army to seize the island democracy of Taiwan by 2027.

“The other last thing I’d make on relative to Taiwan: it is true that Taiwan or the Chinese President, Xi, has set an objective to have his military prepared capability-wise,” the General said.

“That’s not the same to say he’s actually going to invade, but to have the capability to seize the island of Taiwan,” he added.

Milley noted, however, that preparing for such an invasion in 5 years is a “very tall order” and has opened the question of whether the leaders of the PRC have the capabilities to fulfill such ambition.

“That is a very tall order, and it remains to be seen whether the Chinese will actually be able to execute that, the Chinese military, whether they will have that capability or not, but that is the target on the wall, 2027. We have to keep that in mind as we go into the future.”

Post Views: 71
Previous The Coup in the Kremlin
Next Lend Lease For Ukraine: It was not a Good Deal for US Taxpayers in WWII.