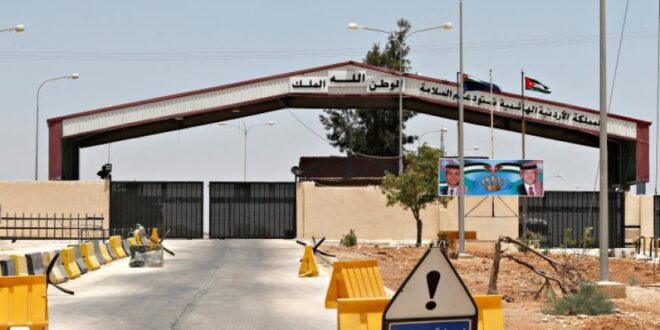 Undisciplined forces in the Syrian regime’s army and security services are supporting drug traffickers, Jordan said, according to Syria TV.

The Jordanian army accused undisciplined forces in the Syrian regime’s army and security services of supporting drug traffickers and carrying out smuggling operations, noting that “Jordan’s border with Syria is now one of the most dangerous borders in the kingdom.”

“Undisciplined forces from the Syrian regime’s army are cooperating with drug traffickers and their gangs, which have become organized, supported by them and their security services, as well as Hezbollah and Iran militias deployed in southern Syria, and are smuggling on our borders,” said Brig. Gen. Ahmed Hashem Khleifat, director of the Border Security Directorate of the Jordanian Armed Forces.

“From the beginning of the year to the beginning of this month, the quantities of drugs seized by border guards on the northern front increased to more than 19 million narcotic captagon pills, about half a million hashish palms, and 5 bags of drug pills, while the quantities seized across the same border destination last year amounted to about 14 million captagon pills and 15,000 hashish palms,” he said.

No Real Partner in Border Protection

“We communicated more than once with our Syrian counterparts, held meetings in the Jaber area, and our demands were always that their forces perform their duty,” he said.

“So far, we have not seen that we have a real partner in border protection, but at the same time there has been a marked improvement in the level of coordination.”